The actress made a splash with the mega-popular 2018 JTBC drama “SKY Castle” before playing the lead in MBC’s “Extraordinary You.”

“I felt pressured and was worried, but I’m glad and thankful that it ended safely and successfully without any accidents,” began Kim Hye Yoon. “I was happy that I was able to meet such great actors, staff, director, and project. It’s a project that I feel sad about and will miss a lot.”

Kim Hye Yoon’s villain character Kang Ye Seo in “SKY Castle” is the total opposite of Eun Dan Oh in “Extraordinary You.” About preparing for her new role, the actress said, “It wasn’t easy to say goodbye to Ye Seo. There was a day of rest while filming [for ‘Extraordinary You’]. I was watching YouTube, and ‘SKY Castle’ appeared. While watching the clip, I worried what might happen if Ye Seo comes out while I’m portraying Dan Oh when the two characters are so different. While filming the next day, my lines came out harshly even though that wasn’t my intention. It wasn’t easy to let go of [Ye Seo’s mannerisms]. It was my first time acting in a romantic comedy and my first role where the romance is fulfilled. I wanted to show myself in a totally different way from the past, so I invested a lot of time.”

Unlike her former drama, “Extraordinary You” was a lighthearted one. Comparing her former onscreen dads, Kim Hye Yoon said, “The atmosphere was so different. When something sad happened to Ye Seo, I first thought, ‘What do I do?’ but Eun Dan Oh was a character who thought about others more. There was a scene where she spoke with Jin Mi Chae (played by Lee Tae Ri) in the cafeteria. She said, ‘I’m dying. To be honest, I’m scared,’ and I continued to cry even after the scene ended. It wasn’t just the feeling of being scared, but I thought, ‘What happens to my dad if I die? He’s going to be all alone in that big house.’ I think my way of thinking changed a lot while acting.” 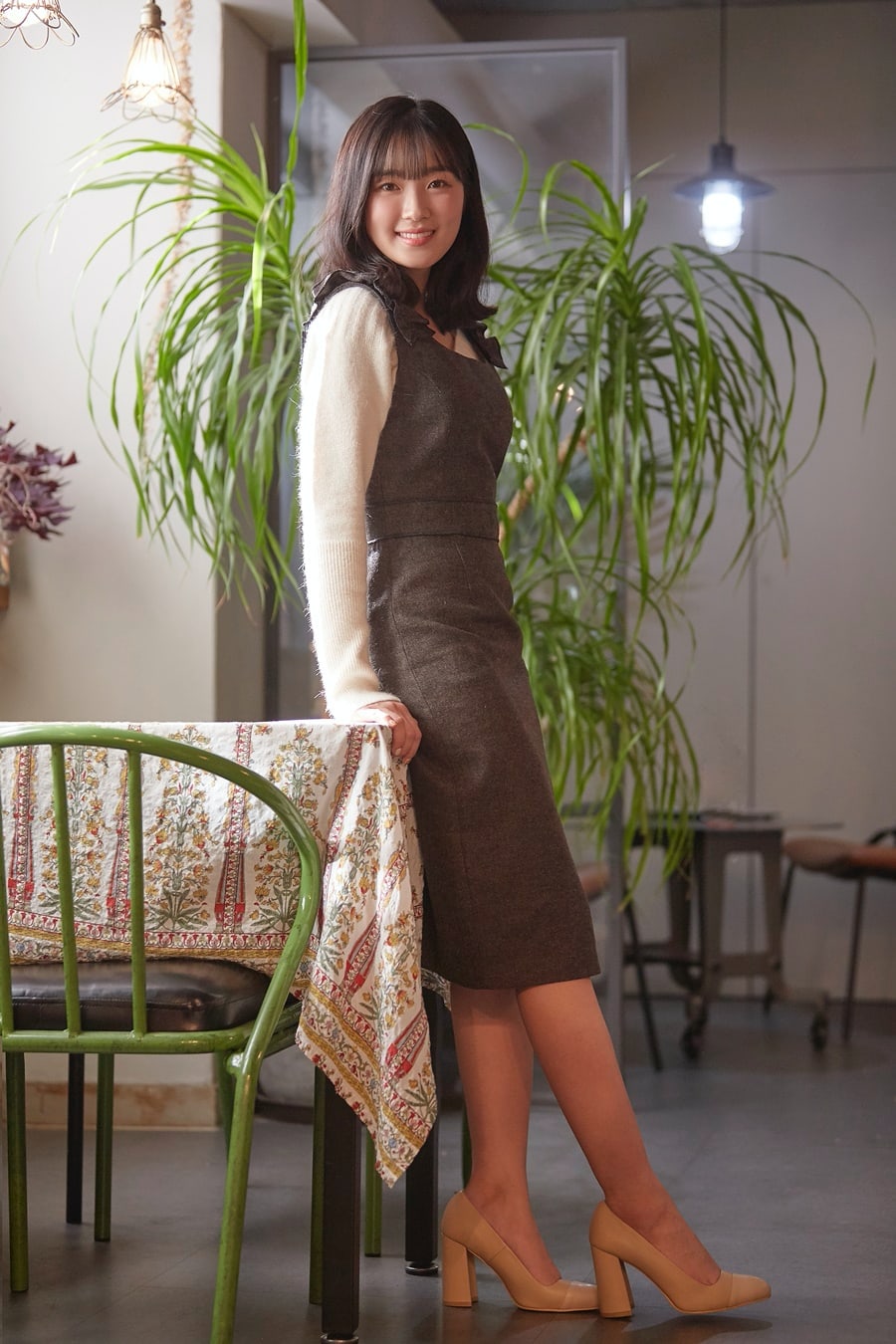 Because “Extraordinary You” was a school drama, it was compared to other successful series in its genre such as “Boys Over Flowers” and “Heirs.” “There are works that are being compared to [‘Extraordinary You’], and there is also the original webtoon,” she said. “I think fans of the original webtoon might’ve been really disappointed. The subject matter was the same, but the content was completely different. I carefully read the webtoon after being cast in the drama, and the writer said that the drama deviated more and more from the webtoon as it progressed. I stopped reading the webtoon because I became confused. The subject matter was the same, but the characters and story were different. Knowing that there’s an original webtoon put pressure on me.”

From the midway point, the drama took an unexpected turn. The ending was completely different from the original webtoon. The drama had an open ending in which the Ha Roo from the manhwa “Trumpet Flower” and the Eun Dan Oh from the manhwa “Secret” met.

“I really didn’t know how it would end,” said Kim Hye Yoon. “I couldn’t predict it because it was a manhwa (Korean cartoon). When I heard that the webtoon ended, I only looked at the scene that said, ‘Even if the generation changes, we won’t let go of each other. We’ll find each other.’ The ending of the webtoon was good, but the ending of the drama was also good. While filming the ending, it really felt as if we had met in a different manhwa. The stories that we had told until now passed by me in a flash, and it felt as if my character had grown even though it was a different character.”

Young actors made up the cast of “Extraordinary You,” and Kim Hye Yoon spoke about working with people similar to her age. “We quickly became close since we were the same age,” she said. “I felt and learned a lot watching the experienced acting of the senior actors in my last drama. But this time, I learned a lot while talking with the others because we were together a lot.” 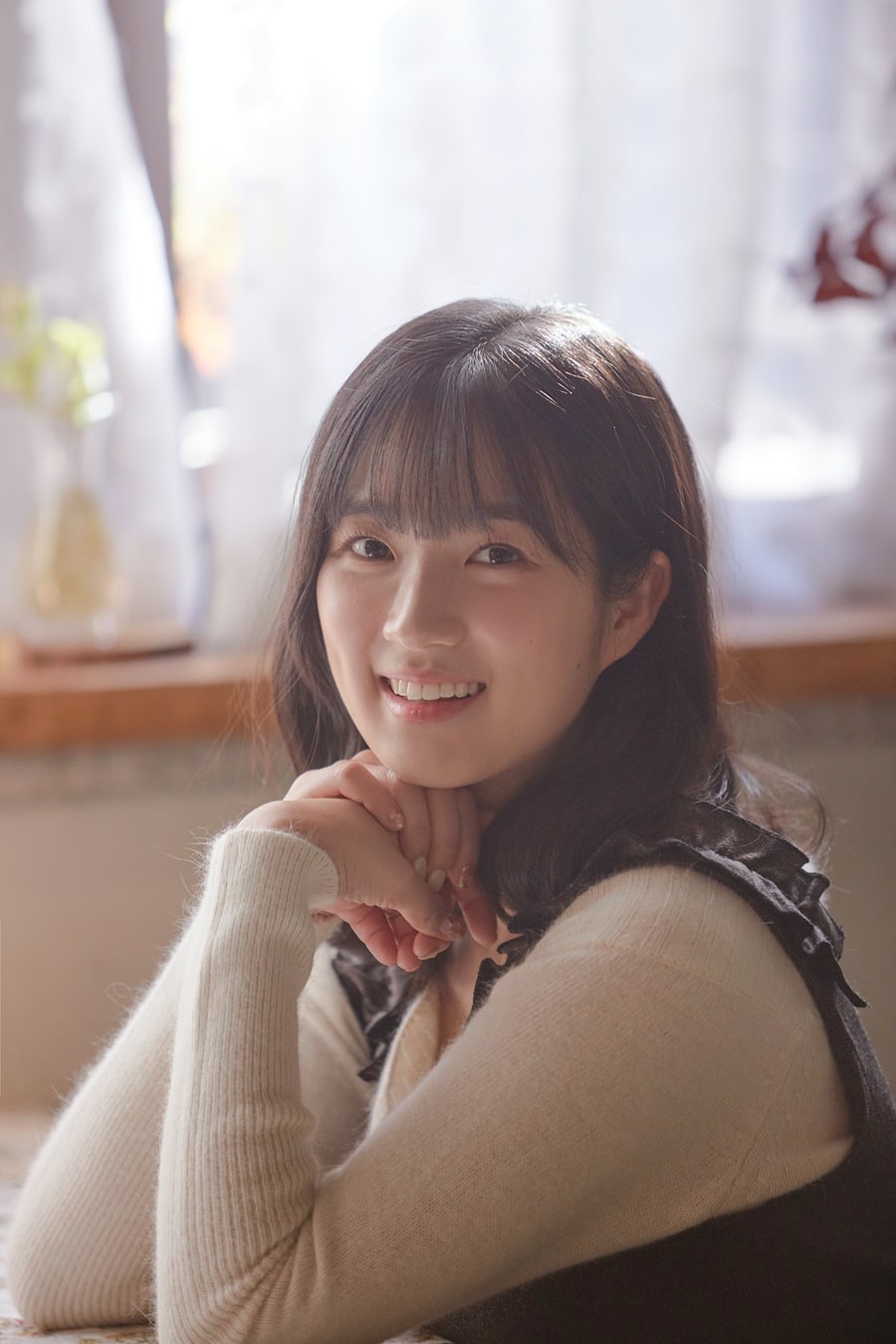 In the drama, Eun Dan Oh liked Baek Kyung in the “stage” and Ha Roo in the “shadow.” When asked about her ideal type in real life, Kim Hye Yoon replied, “No one. None of them were my type. They’re cool as people, but Ha Roo is frustrating because he’s so quiet. In the beginning, the atmosphere was gloomy when I didn’t have energy. There are times when I empathize with my character, and I found myself sighing even after Ha Roo found his ego.”

She added, “Baek Kyung has too much anger. I’m just standing there, but he finds me, gets angry, then leaves. He’s scary because he breaks the love stone on his own, throws it into the sea, and gets angry. Lee Do Ha feels like a real friend, and Oh Nam Joo (played by Kim Young Dae) isn’t realistic. Jin Mi Chae is weird too. None of them are normal. I don’t have an ideal type amongst the characters.”

Kim Hye Yoon
Extraordinary You
How does this article make you feel?