Kim So Hyun Talks About Cutting Her Hair For “The Tale Of Nokdu,” End-Of-Year Award She Wants To Win, And More

Following the conclusion of “The Tale of Nokdu,” Kim So Hyun sat down for an interview regarding her recent role and her future.

In “The Tale of Nokdu,” Kim So Hyun played Dong Joo, a character with a traumatic past who develops a relationship with Nok Du (played by Jang Dong Yoon). When asked to pick her favorite scene, Kim So Hyun chose the emotional swing scene.

She explained, “I had a lot of emotional scenes, but the director told me he wholly believed in me, so I felt pressured. Rather than express Dong Joo’s feelings in segments, I thought it would be good to portray it in one scene, which I think is what the swing scene did. [The scene] is a cross between young and present Dong Joo where she relives her past happy memories and thinks about her future with Nok Du. I especially think Younha’s OST ‘I’ll Be Your Light’ helped [viewers] immerse into the scene. I tear up whenever I hear that song now.”

After sporting long locks for many years, Kim So Hyun surprised everyone with a shoulder-length cut in preparation for her role as Dong Joo. This short hair, which is not seen often with a traditional hanbok, became Dong Joo’s trademark and gave Kim So Hyun a more mature look.

The actress shared, “At first, it was awkward, but it was very brief. I was satisfied because it was so comfortable. I worried about how I would look on screen with short hair, but I think it suits [me] well. More than anything, short hair was essential to express Dong Joo’s carefree personality. I think it was the right thing to do.” 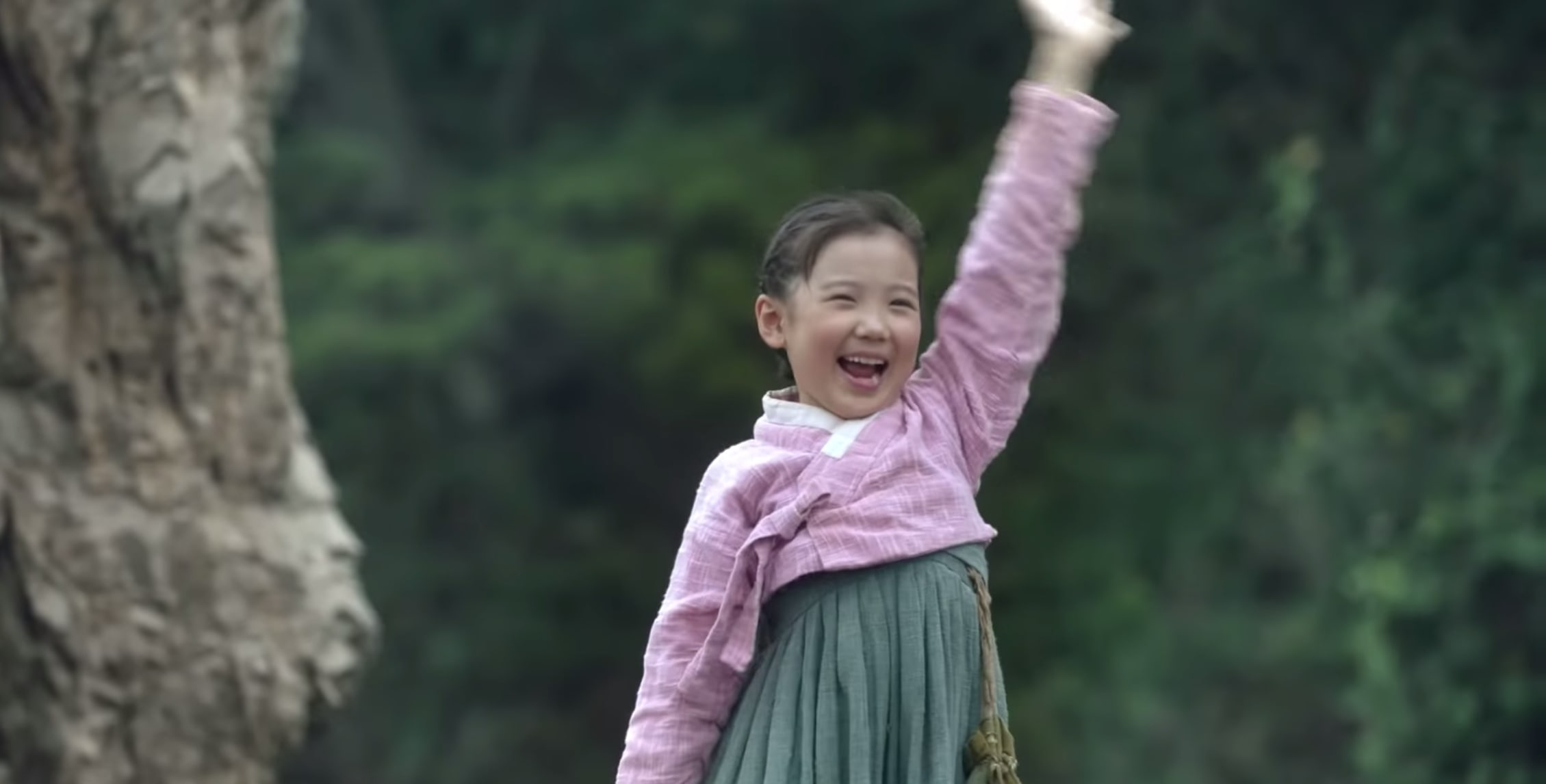 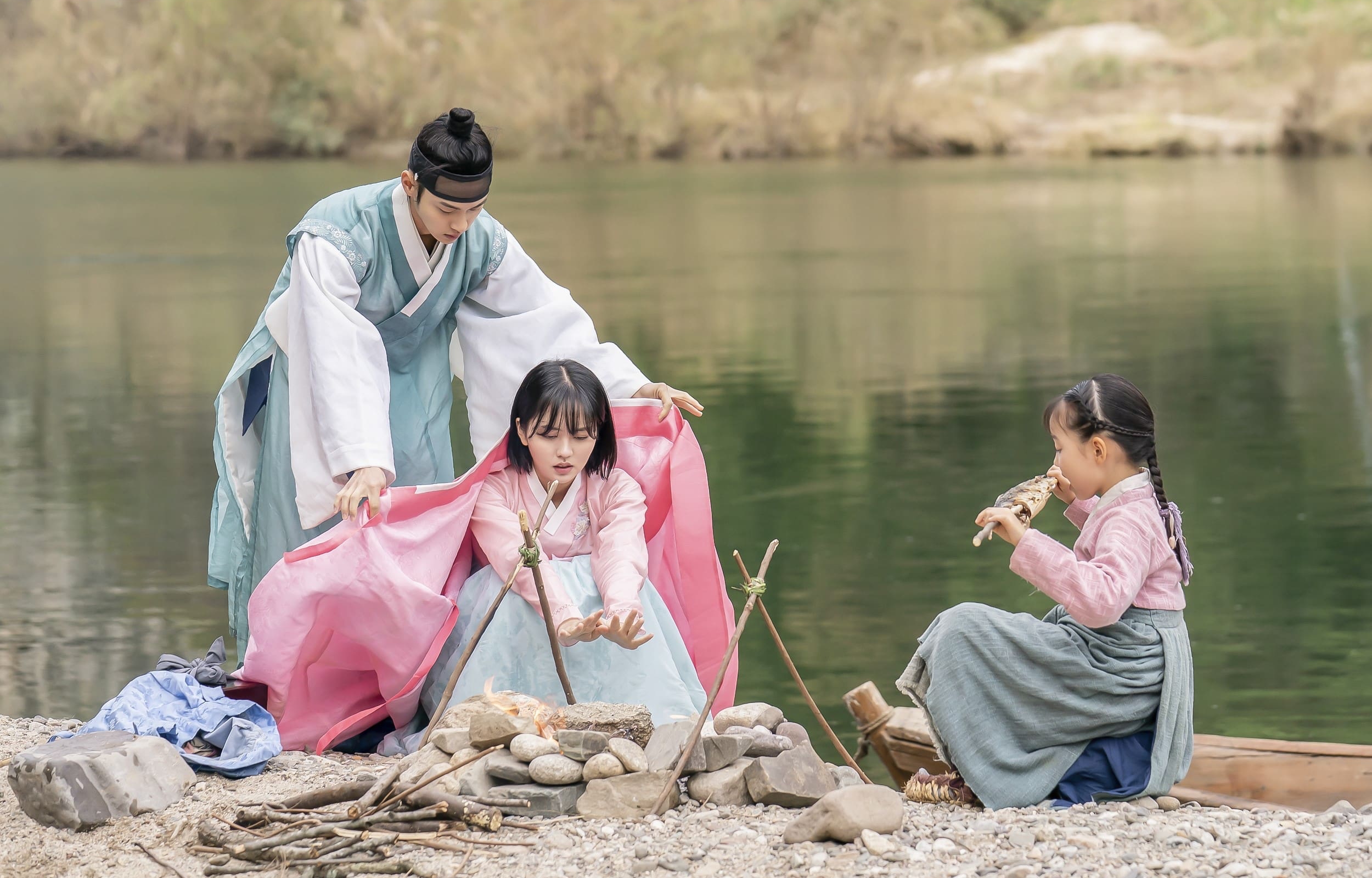 Unlike many of Kim So Hyun’s other soft and pure characters, Dong Joo’s nonchalant vibe presented a slight change for the experienced actress. Regarding her character, Kim So Hyun commented, “It felt like finally being able to breathe. My real personality is similar to Dong Joo’s, but since I receive a lot of influence from my characters, when a project ends, the character lingers and I become mild or even depressed. It’s different every time a project is completed.”

She continued, “This time, Dong Joo had to have a lot of bright energy, and thanks to the bright atmosphere on set I was able to express that. It was really comfortable. I didn’t have to neatly style my hair and I spoke bluntly. I worried whether I appeared too rough but I was able to act comfortably since I was portraying Dong Joo who is most similar to me.”

Since making her debut as a child actress, Kim So Hyun has widely been linked to the keyword “development.” Dong Joo is another character of hers who reflects this keyword, as someone who overcomes a past trauma. Kim So Hyun explained this chain, saying, “I don’t consciously think [of development] when picking my characters, but I think I am drawn to kind messages certain characters give. My heart also goes out to sad aspects.” She added, “Since I desire happiness, I think I get attached to that. As I film these developing roles, I think I mature and become happier with them.”

In a previous interview, Kim So Hyun had listed watching movies at the theatre alone as one of her 2019 bucket list items. She explained that after debuting at a young age, she had grown to keep to herself because of the pressure to maintain her image as a role model.

When asked whether she was able to cross this off her list, the actress happily responded, “On days of rest in between filming, I went to the movies alone. I’ve even watched three movies in one day. I ate popcorn by myself too and it was really healing.” She also shared, “I regularly enjoy spending time alone. Being alone at the theatre gave me waiting time and time to think by myself after the movie, which felt like recharging. It’s a different kind of joy from being with others.”

Kim So Hyun concluded by sharing that she would like to become a more free-spirited 22-year-old (in Korean age) in 2020, also adding, “I hope my acting range broadens.”

Watch Kim So Hyun in the finale of “The Tale of Nokdu” below!