Park Hae Jin was recognized for his continued support for firefighters. 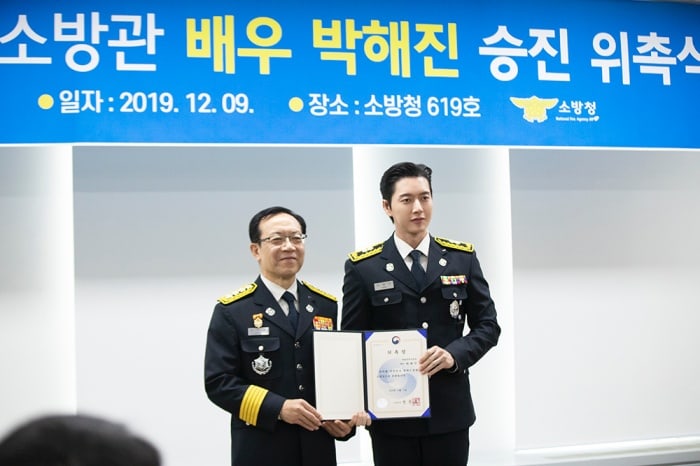 Park Hae Jin said, “Even when I see the word ‘firefighter,’ I’m deeply moved. They’re the people who protect us unconditionally.” He continued, “I’m only one ordinary citizen who has given [those firefighters] the recognition and praise that they rightfully deserve. I am incredibly thankful to receive this great honor, however. I never thought I’d have the chance to wear the Rose of Sharon (Korea’s national flower), so I’m touched.” The Rose of Sharon on one’s uniform is an indication of rank among Korea’s firefighters, usually indicated on the shoulders. 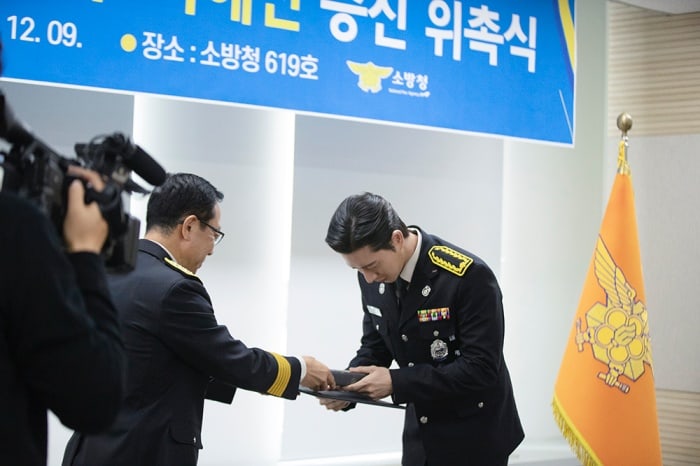 The actor concluded by stressing an important message. “Many accidents happen. It’s everyone’s duty to take an interest in safety education. Moving forward, I will do my absolute best as an honorary fire marshal.” 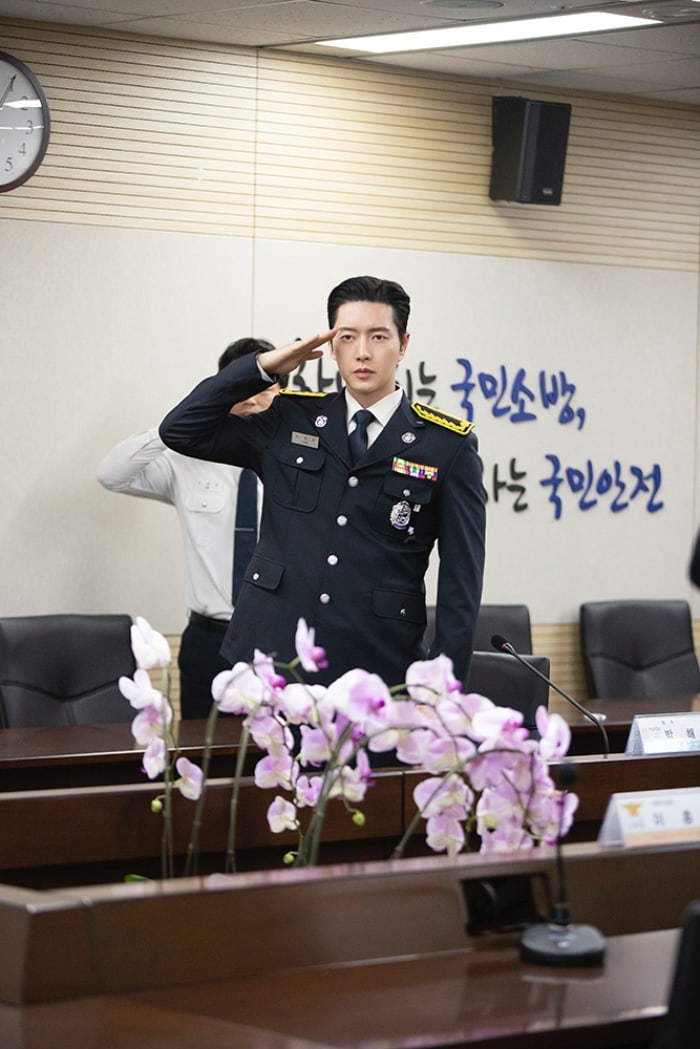 Park Hae Jin also expressed his aspirations to lead the way for safety education and trauma treatment. The actor has been a staunch supporter of firefighters since 2016, and since then he’s done various activities to further awareness for the cause. He attributes his particular attention to this issue to a fan, whose father is a firefighter.

Congratulations to Park Hae Jin for the honor!