In the drama, the actor plays Seo Woo Jin, a second year fellow and cynic who shows an impressive ability to concentrate in the surgery room. His life changes after he coincidentally meets the “romantic doctor” Dr. Kim (Han Suk Kyu) at Dol Dam Hospital at a time when he was in a tight spot for money.

The new stills show the two sides of Seo Woo Jin. As a doctor, he is immersed in performing surgery in the operation room, and as a common man, he worriedly looks at someone in the subway. He is both chic and expressionless, and his unique personality draws attention. 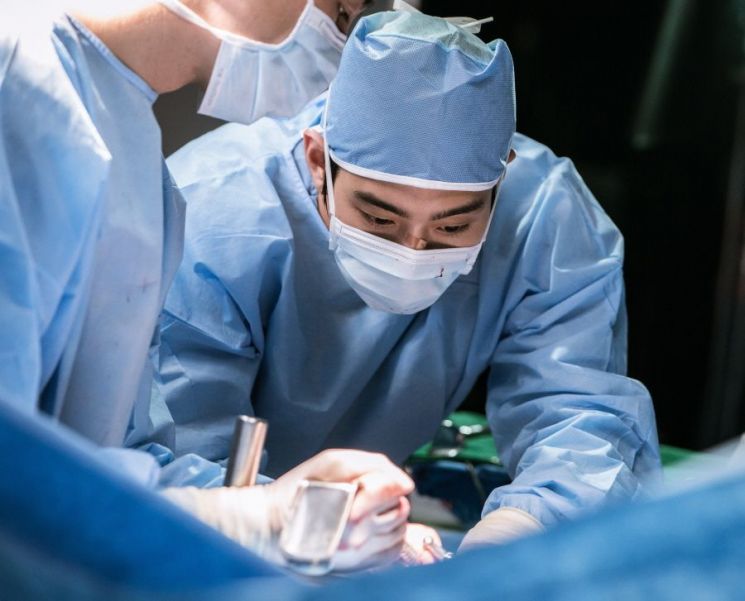 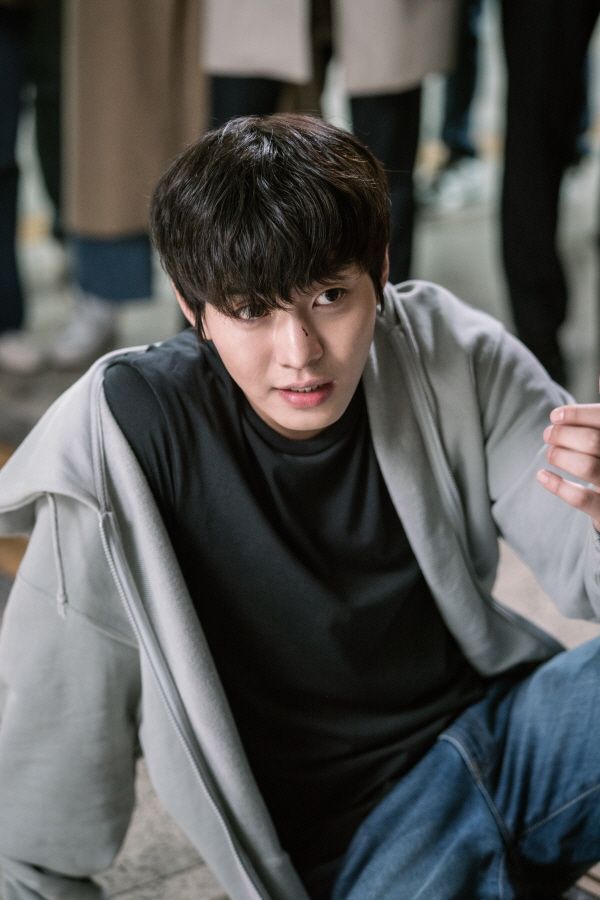 This is the first time Ahn Hyo Seop will play a doctor in the five years since his debut. To prepare for this role, he constantly asked questions to medical advisory experts, watched the process of surgeries, and continuously practiced what he learned. It is expected that Ahn Hyo Seop, who has been approaching viewers with a bright, cheerful, and romantic image, will grow as an actor through his role as Seo Woo Jin.

Ahn Hyo Seop commented, “The second season of ‘Romantic Doctor Kim’ seems to be talking about how individuality and diversity must be respected in a world full of hatred and prejudice. I think this is a drama that is necessary in this generation because it showcases touching stories on the blank page that is Dol Dam Hospital where no color is considered wrong, only different, and the colors come together harmoniously.”

He added, “I hope the message in the second season of ‘Romantic Doctor Kim’ will be like a warm hug that comforts your scars. I will do my best as the character Seo Woo Jin with the great cast and crew.”

The production company Samhwa Networks shared, “Ahn Hyo Seop will be another romantic doctor who will grow up to be strong due to Han Suk Kyu [who will play] Dr. Kim in the second season of ‘Romantic Doctor Kim.’ Please look forward to the transformation of Ahn Hyo Seop who is struggling to shed his cute, mischievous image and become the character Seo Woo Jin.”

The first episode of the second season of “Romantic Doctor Kim” will air on January 6, 2020.

If you haven’t yet, start watching the first season of “Romantic Doctor Kim” below!

Ahn Hyo Seop
Dr. Romantic
How does this article make you feel?