“Touch” has released character posters of its leads!

This upcoming Channel A drama is about former trainee Han Soo Yeon (played by Kim Bo Ra), who failed to debut in an idol group, and unemployed makeup artist Cha Jung Hyuk (played by Joo Sang Wook) as they work towards their new dreams.

On December 11, the drama captured the unique stories and traits of each character in individual posters.

Joo Sang Wook successfully transformed into top makeup artist Cha Jung Hyuk. Holding up a makeup brush, he confidently smiles next to the words, “Anyone can be reborn with the touch of my brush.” 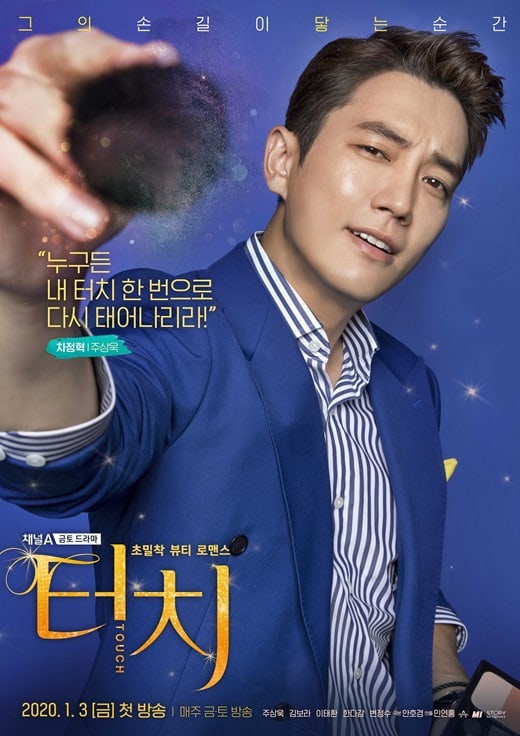 Kim Bo Ra portrays Han Soo Yeon, a past idol trainee of 10 years who is now pursuing a new dream of becoming a makeup artist. Her lovely charming qualities are accentuated by the pink background and she smiles next to the words, “Who cares if it’s not my dream? I can do a good job!” 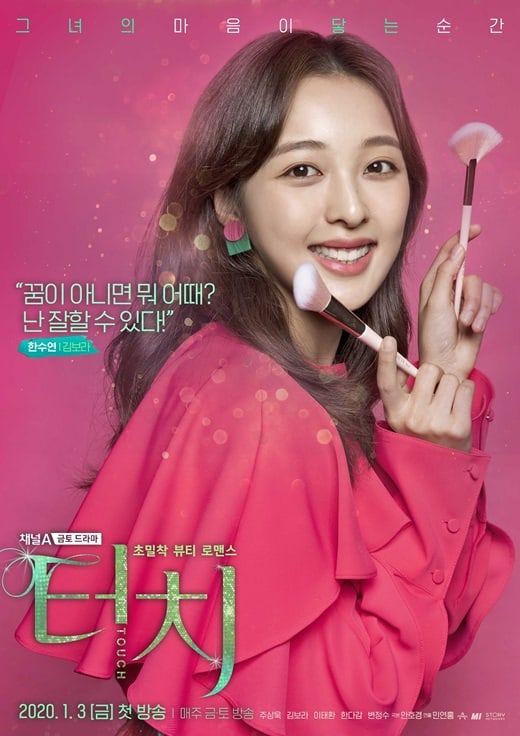 Top star Kang Do Jin will be played by Lee Tae Hwan, who shows off his boyish charms in front of a green background. He makes headlines with his every move, but he’s an innocent guy with imperfections in front of his one true love. The words on his poster say, “I’m the nation’s heartthrob! But why am I only a guy friend to you?” 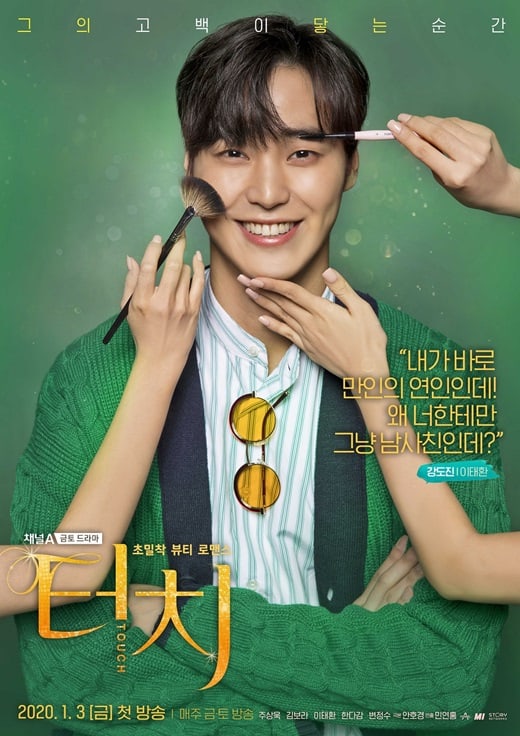 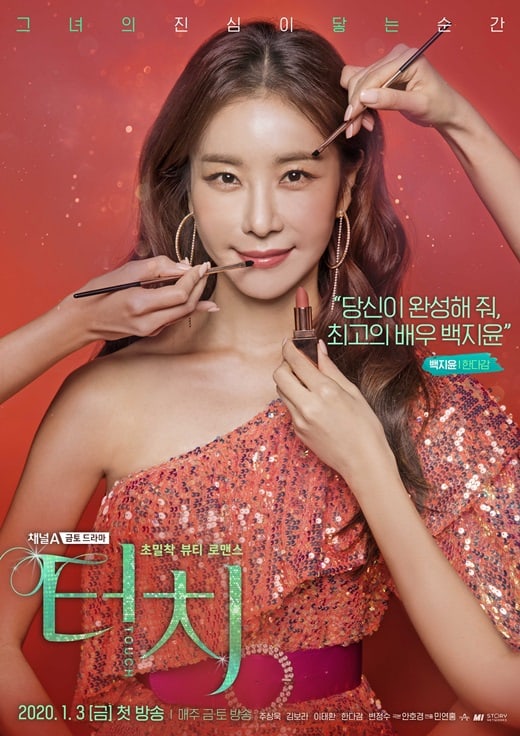 The final poster features Byun Jung Soo as Oh Shi Eun. She looks fiercely into the camera and stands next to the words, “In order to become the best, I need to knock down the best. Why shouldn’t I do whatever it takes?” 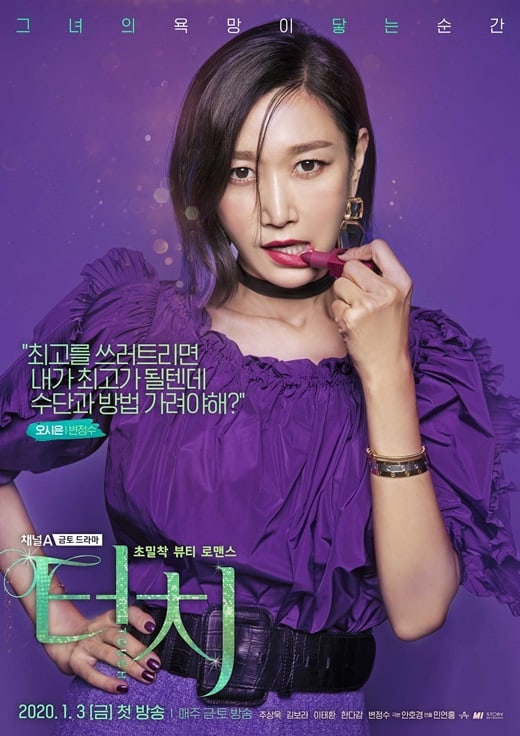 “Touch” premieres January 3 and will air on Fridays and Saturdays 11 p.m. KST. Check out the latest teaser here!