The Director’s Cut Awards held its 19th ceremony on December 12, with the acclaimed film “Parasite” grabbing four trophies that evening.

The movie received awards for Best Director, Best Actor, Best New Actor, and Best Screenwriter. Director Bong Joon Ho is currently overseas, but he conveyed his thanks via a video call. “Almost 20 years ago, I received the Best New Director award for ‘Barking Dogs Never Bite.’ At the time, there were three new directors nominated, including myself.” He continued, “I’m happy to be receiving the Best Director award 20 years after I won in that three-person competition. There are many new directors there today, and I hope it’s an evening to look forward to their futures and wish them well.” 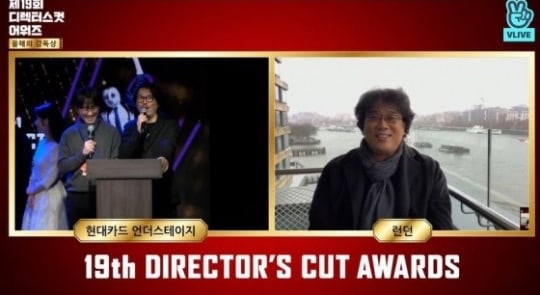 When accepting the award for Best Actor for his performance in “Parasite,” Song Kang Ho said via a video call, “Thank you for such a meaningful award. I think ‘Parasite’ is a film in which many actors came together to create an ensemble with great teamwork. I think of this as our team receiving an award, rather than me receiving one personally. Thank you to the junior actors who gave such amazing performances.” 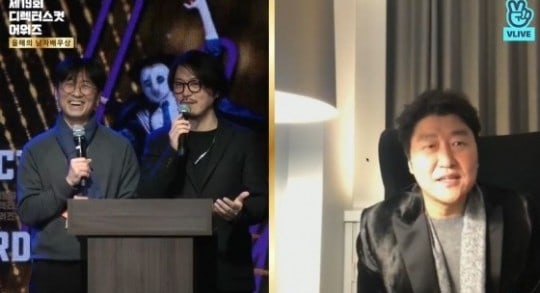 Han Ji Min won another Best Actress award for her performance in “Miss Baek” at the 2019 Director’s Cut Awards. “I really wanted to come to this ceremony,” she said. “I first met ‘Miss Baek’ in the winter of 2016. I experienced so many different emotions through this project, but thank you for making it so that my final moments with it include receiving such a meaningful award.” 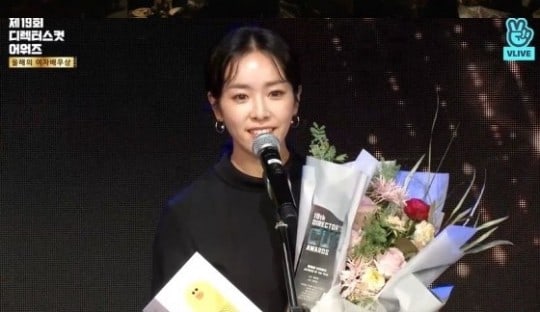