BTS and Halsey had the chance to give each other gifts for the holidays!

The two artists recently reunited at the iHeartRadio Jingle Ball tour stop in Los Angeles on December 6, and they got to perform “Boy With Luv” together again.

Halsey has now shared a video that shows them all together at the event! Halsey described how it was really cool to get to see BTS again, and the clip shared footage of them going over the choreography for “Boy With Luv” backstage before they did a sweet gift exchange.

“The first time that we all performed ‘Boy With Luv’ together, I was making a joke that they all had sparkly microphones and I felt left out,” Halsey explained. “They gifted me my own sparkly mic! It was really thoughtful and really amazing, and I got to use it.”

The guys even gave Halsey the mic in a case with her name written in glittery writing! 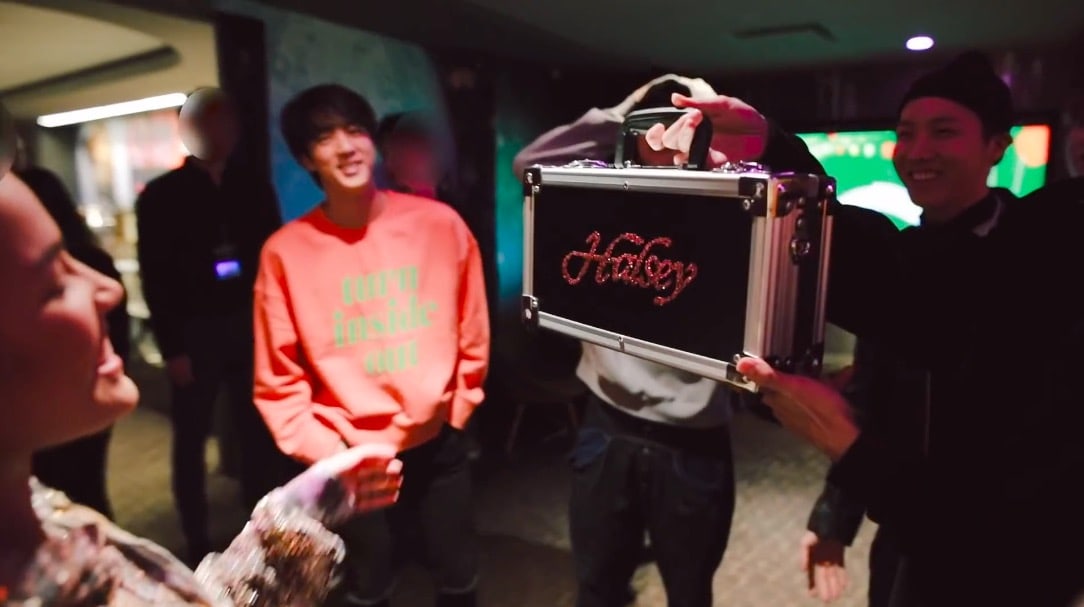 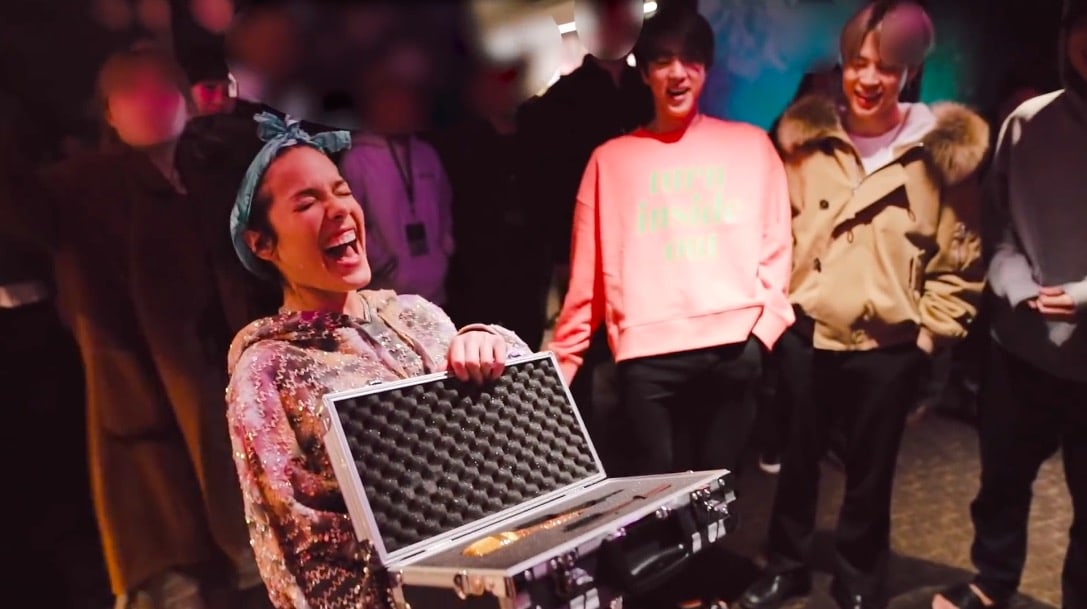 Halsey also had her own gifts prepared for BTS — stockings she’d filled with presents, just like she makes for her younger brothers. The BTS members seemed amazed by the stockings, and it turned out she had even picked a candle to include that happens to be V’s favorite. 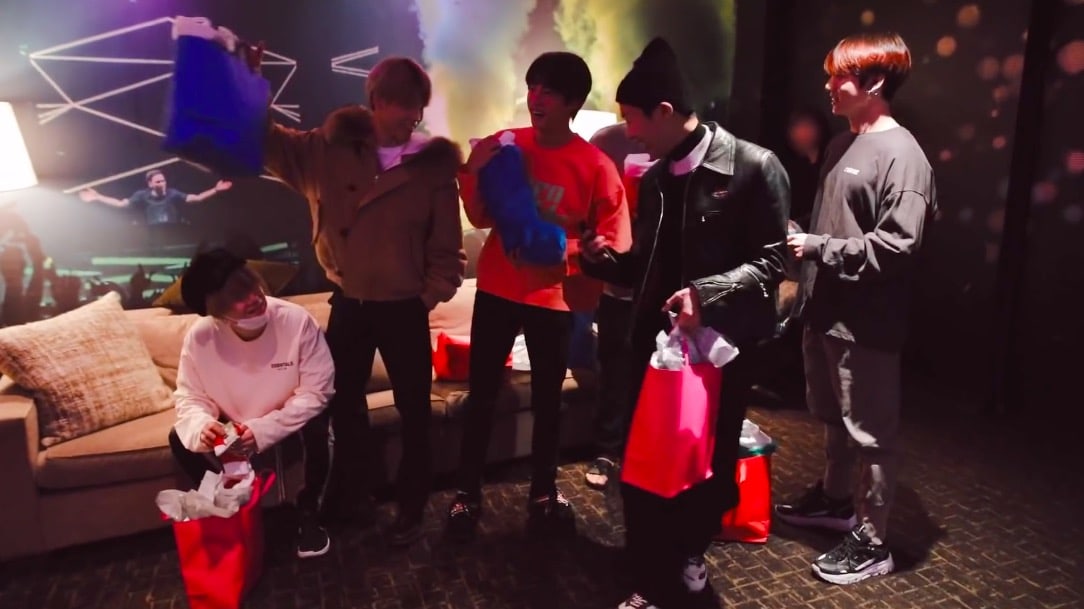 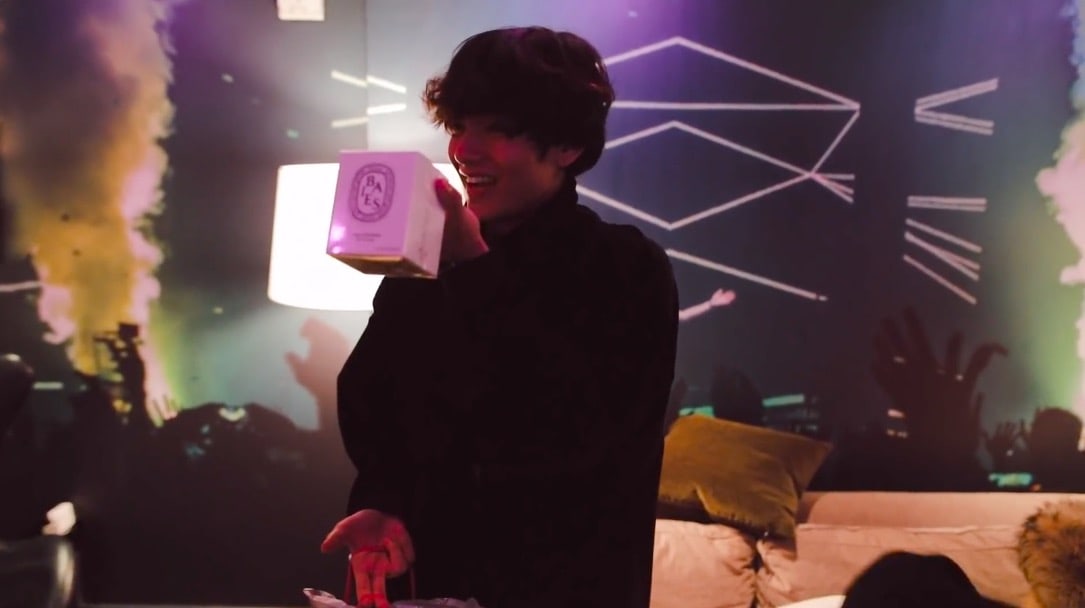 It was also an even more special day because it was the day after Halsey released her collaboration with Suga, titled “Suga’s Interlude,” which will be included on her upcoming album “Manic.” She said in her interview, “It was really cool to get to celebrate with him.”

Backstage, Halsey asked Suga if he was happy and he replied, “So happy!” RM joked that Suga’s face looked the happiest he’s ever seen him. 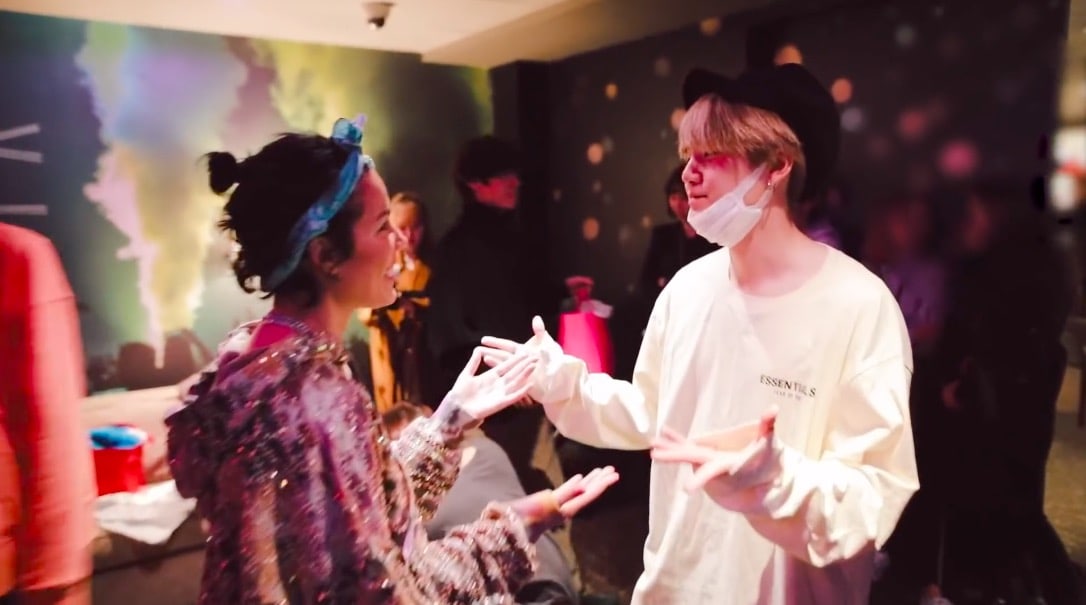 BTS
Halsey
How does this article make you feel?