“Black Dog” has released behind-the-scenes photos of its cast!

This upcoming tvN drama is about the hardship teachers face in and out of the classroom as they try to help students through the college admissions process. It will be centered around the story of a short-term teacher named Go Ha Neul (played by Seo Hyun Jin), who struggles to keep her dreams alive in the harsh reality of the classroom.

On December 13, tvN gave viewers a preview of the wonderful chemistry of the cast. 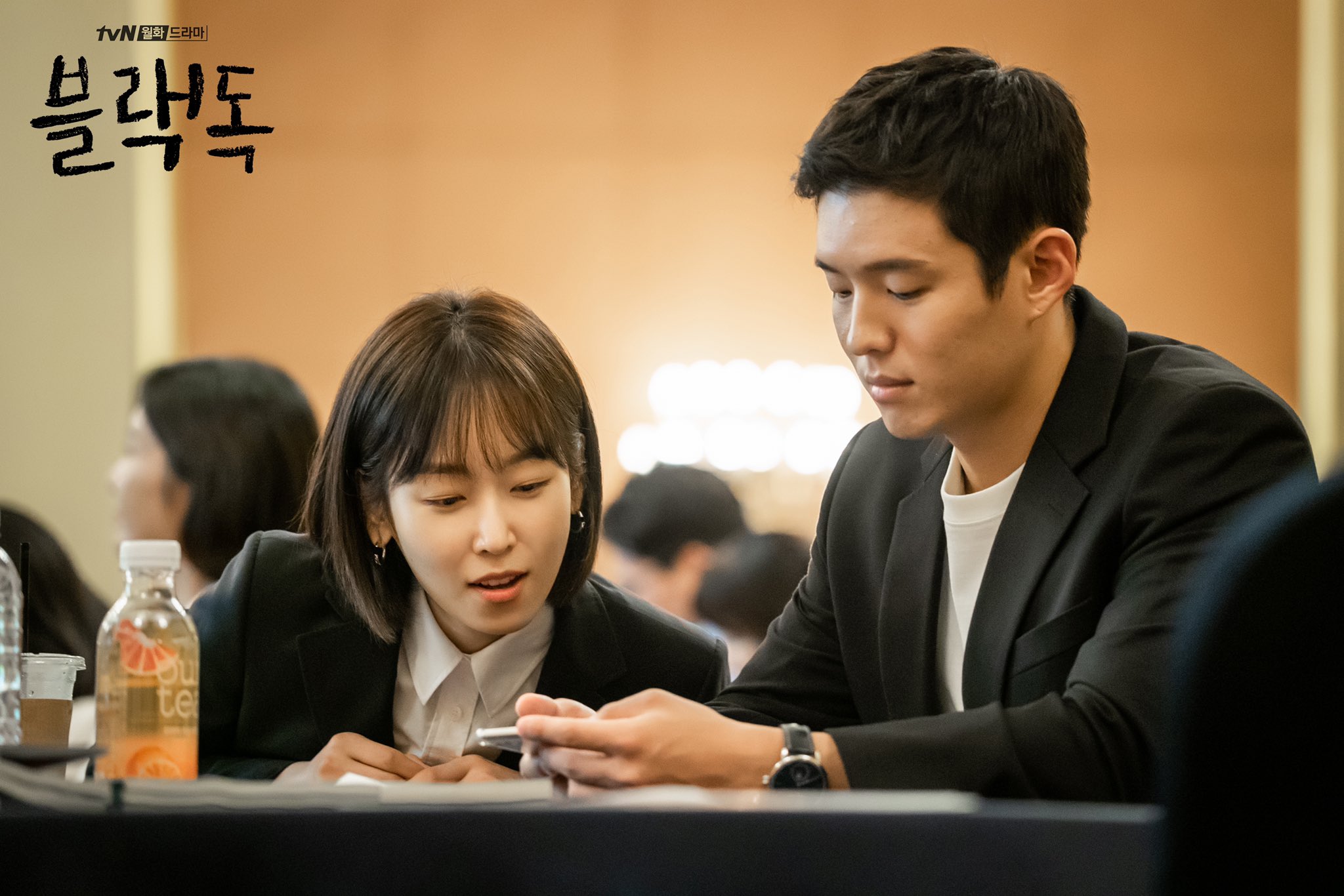 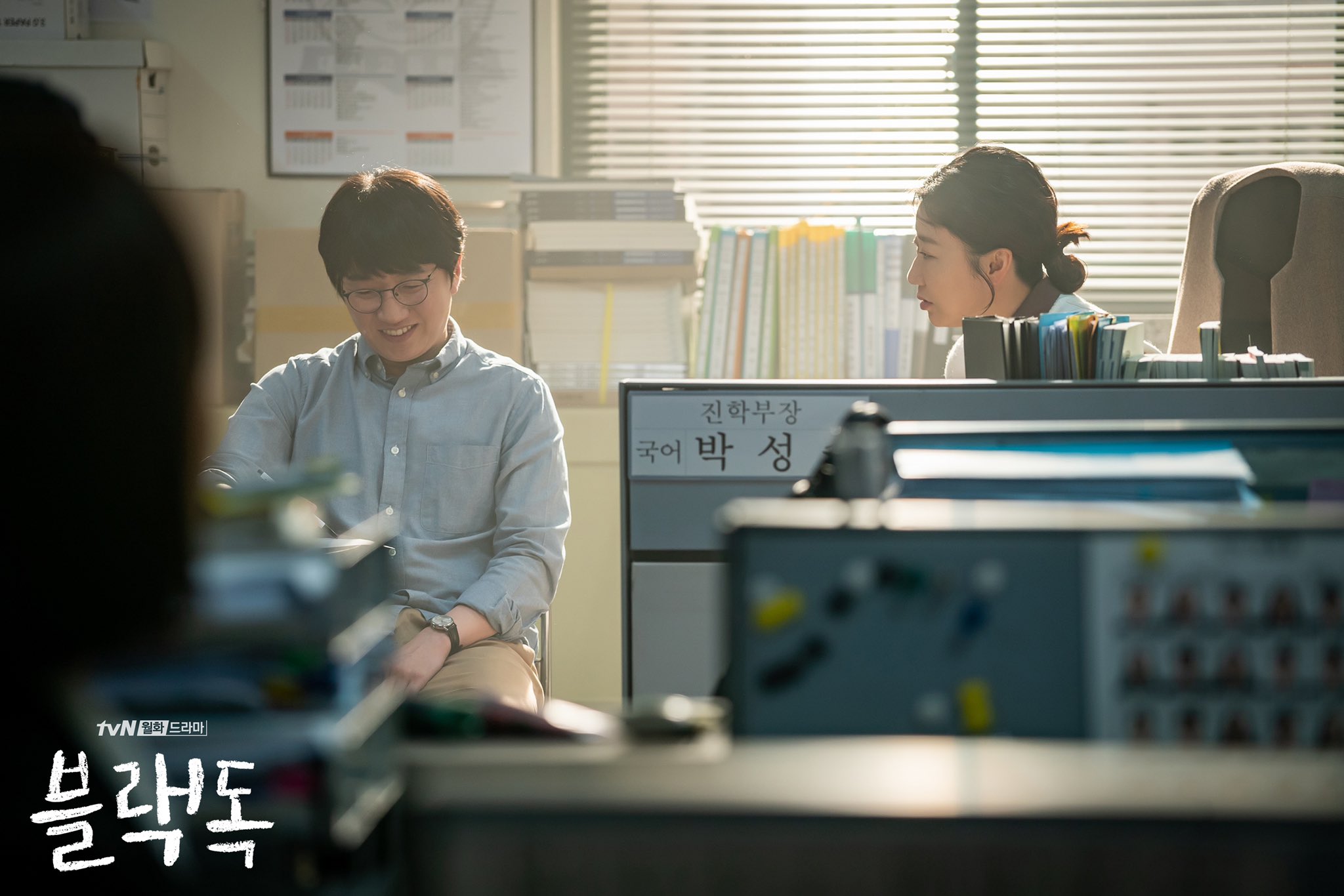 Ha Joon also hides a shy smile, and the four leads gather to chat in between takes. 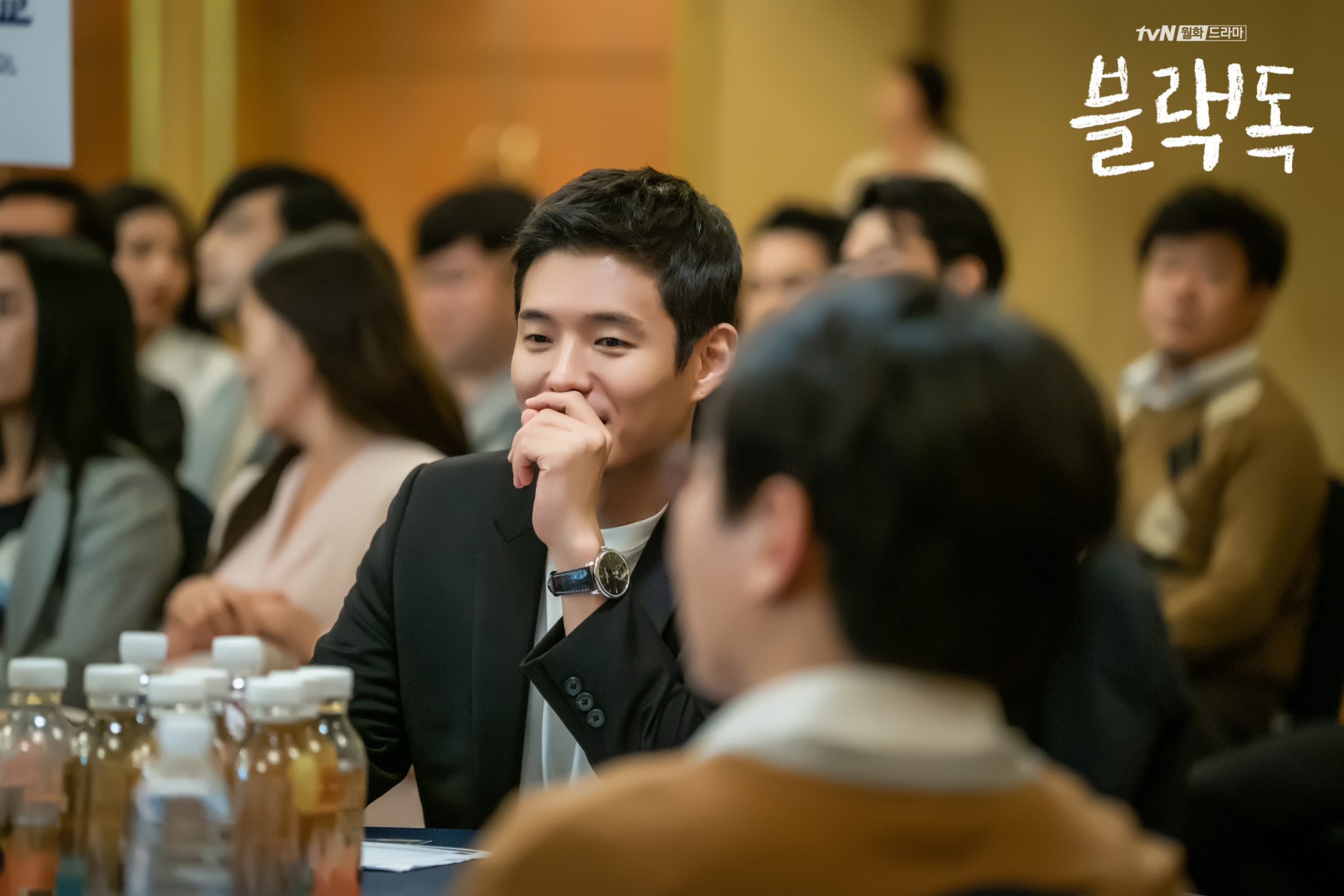 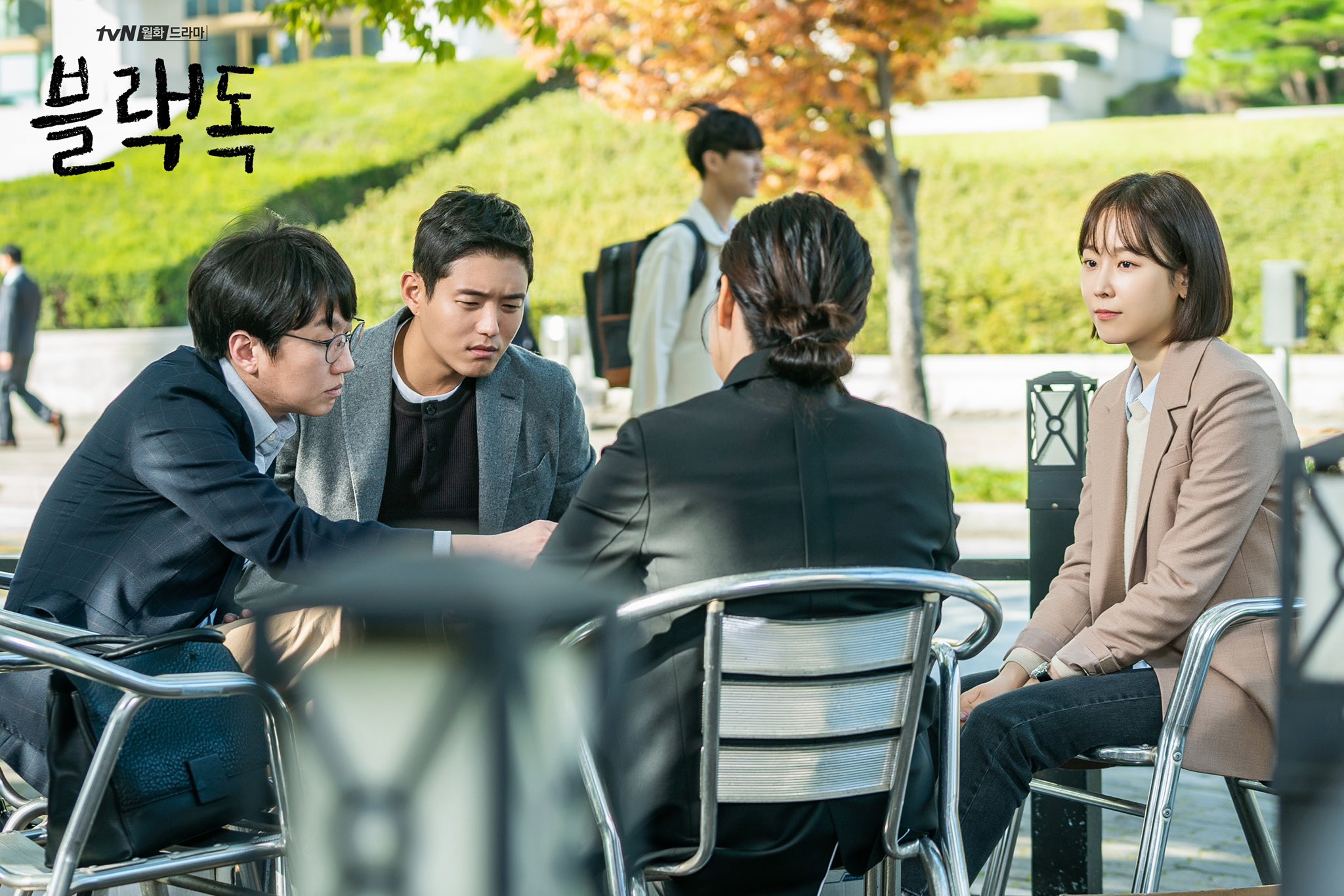 “Black Dog” got its title from “black dog syndrome,” which is the phenomenon where dark-colored dogs are less likely to get adopted than lighter-colored dogs. The drama is a collaboration between producing director Hwang Joon Hyuk and writer Park Joo Yeon, and will air as the follow-up to “Catch the Ghost.”