BTS’ Suga came on V Live to talk about his collaboration with Halsey!

After BTS and Halsey released their hit “Boy With Luv” earlier this year, Halsey dropped the track “SUGA’s Interlude” this month. Suga features on the track and also took part in its composition, and the song will be included in her upcoming album “Manic.”

On December 13, Suga told the story behind “SUGA’s Interlude” in a broadcast on V Live, and he said he was really happy with how the song turned out. Suga also mentioned the fact that they’d been able to complete the track without even meeting once to talk about it during the writing process, describing it as a benefit of the current times. “It was really fun to write,” he said.

He went on to share that he’d been surprised at first when he was told about the offer to collaborate. “I was like, ‘Why me? I’m not good at English,'” he said with a laugh. “She said it was okay, and she asked me to do it in Korean. I wanted to thank Halsey for that, but I couldn’t when we met in the United States, because I’m not good at English.” 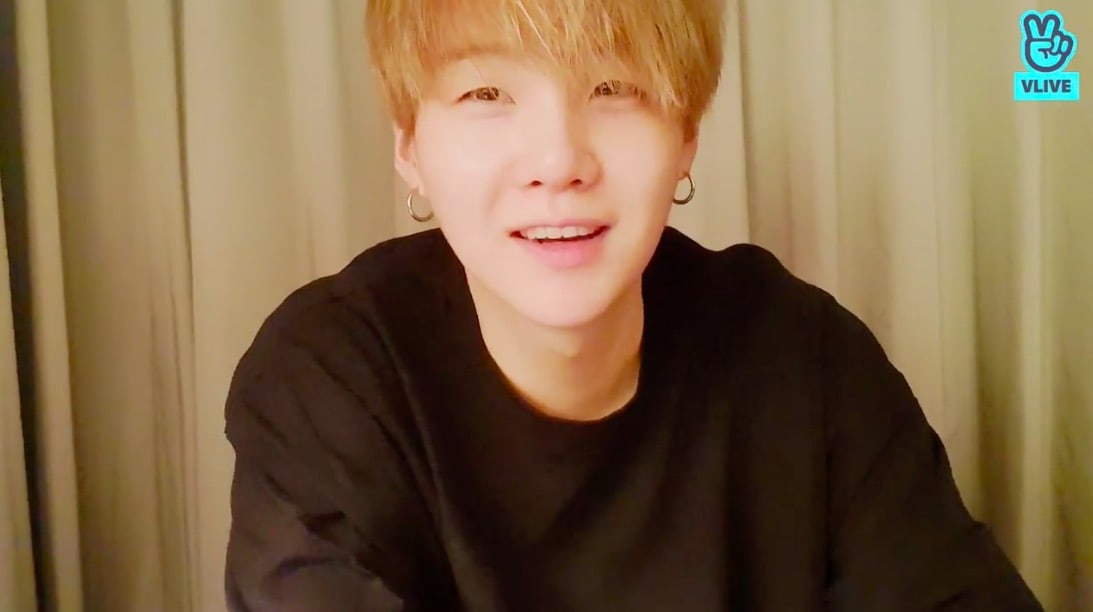 “It was originally more upbeat,” he added. “As it was being arranged, it became more minimalistic.” He also shared that the song had come out considerably quickly, as he’d been approached about it in October or November.

A fan wrote that they loved that he’d used lyrics from BTS’s “Tomorrow” in “SUGA’s Interlude.” The songs both include lines that mean “It’s always the darkest right before sunrise.”

Suga replied, “Thank you. It’s one of my favorite lyrics I’ve written, and I think I like bringing in verses that I’ve written before. There are some times that my thoughts about something have changed since then too.”

He also talked about the process of writing lyrics itself, sharing that he prefers to write lyrics out by hand in a notebook, although he does write them on a computer sometimes.

BTS
Suga
Halsey
How does this article make you feel?