“Chocolate” has released stills of Yoon Kye Sang and Ha Ji Won facing a sweet change in their relationship.

The JTBC drama is about the love story that unfolds between Lee Kang, a cold and emotionally closed-off neurosurgeon (played by Yoon Kye Sang), and Moon Cha Young, a warm and compassionate chef (played by Ha Ji Won). After reuniting at a hospice, the two slowly begin to heal each other’s wounds through cooking.

In the last broadcast, Lee Kang and Moon Cha Young, who had long misunderstood each other, met again at the Geoseong Hospice. Lee Kang was transferred to the hospice due to the aftermath of a traffic accident while Moon Cha Young remained as a cook for the hospice instead of leaving for Greece. Though there were still deep misunderstandings and mixed feelings between the two, they became closer because of Kim No In (Oh Young Soo), who has been waiting every day for her son who had left her. After sharing a meal to commemorate Kim No In’s death, they started to build new memories with each other.

In the newly released stills, Lee Kang and Moon Cha Young are showcasing an entirely different vibe from before. In one still, Moon Cha Young is worried about a little boy named Min Yong who is weeping sadly on a bench. On the other hand, Lee Kang looks shocked, which piques curiosity about the new development that will unravel in the next episode. 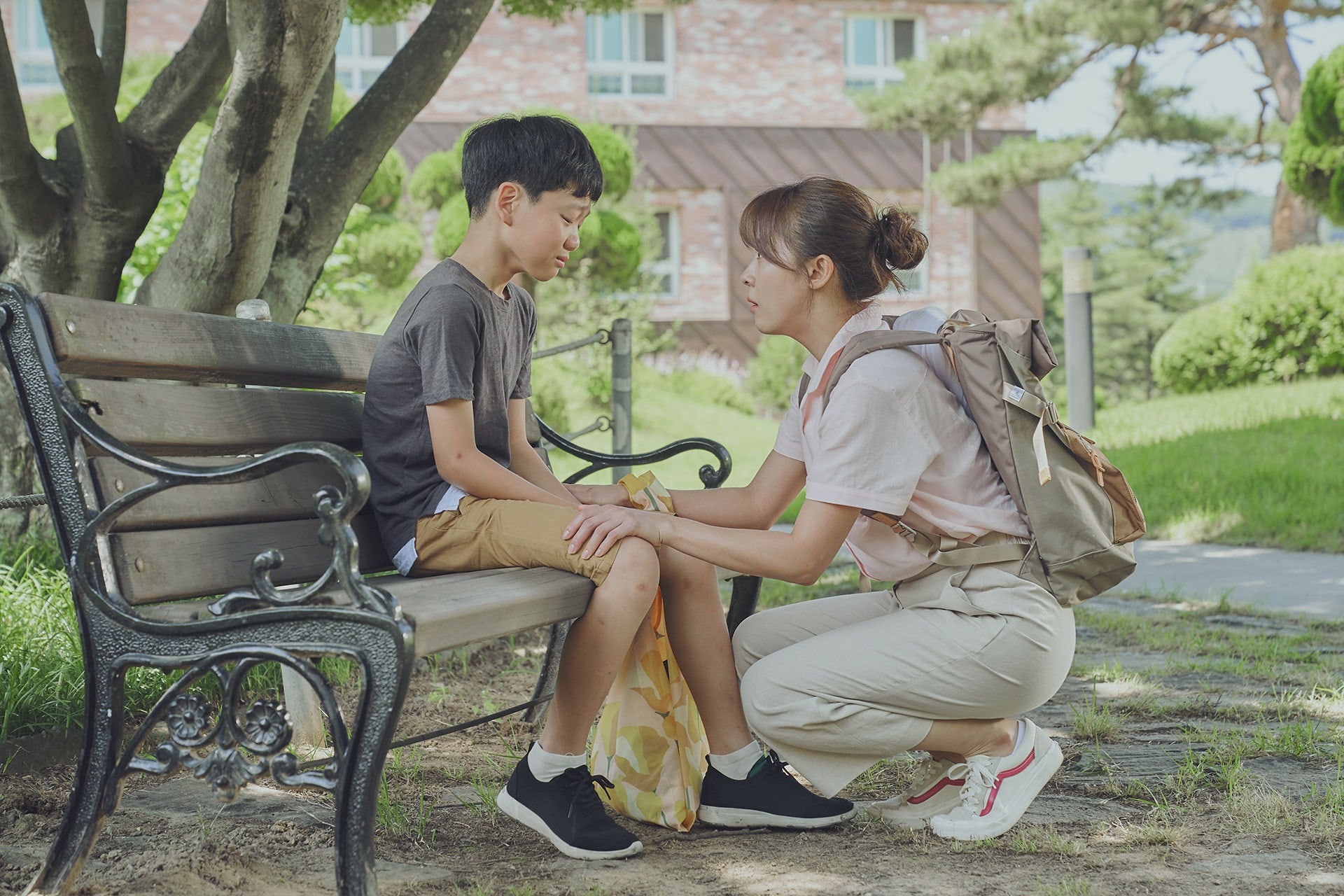 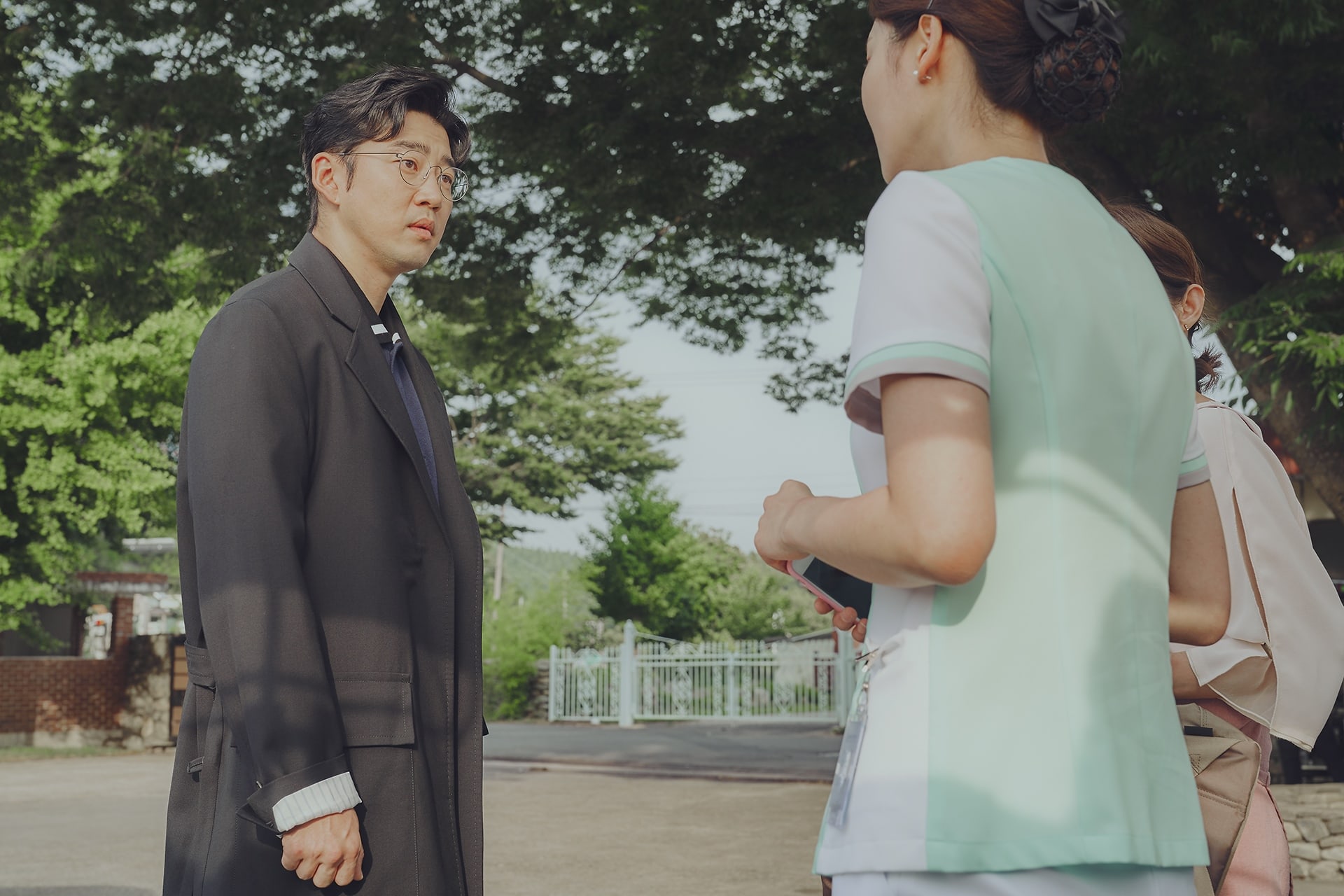 In addition, Lee Kang’s changed attitude towards Moon Cha Young is captured in the new stills. The two of them are enjoying a small birthday party at a convenience store with Min Yong and his sick little brother Ji Yong. Moon Cha Young is smiling at Ji Yong with a loving gaze while Lee Kang is watching Moon Cha Young with tender eyes. 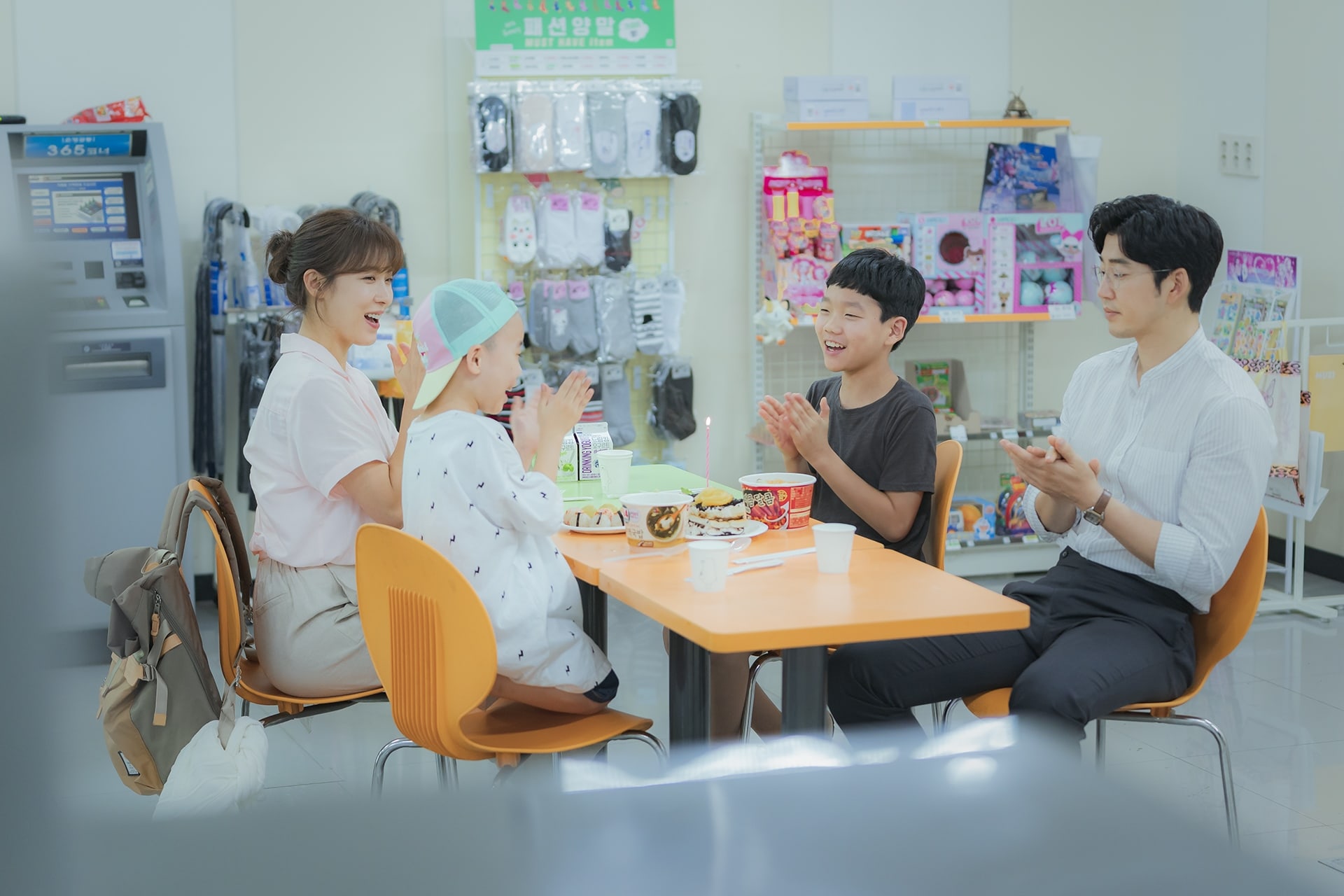 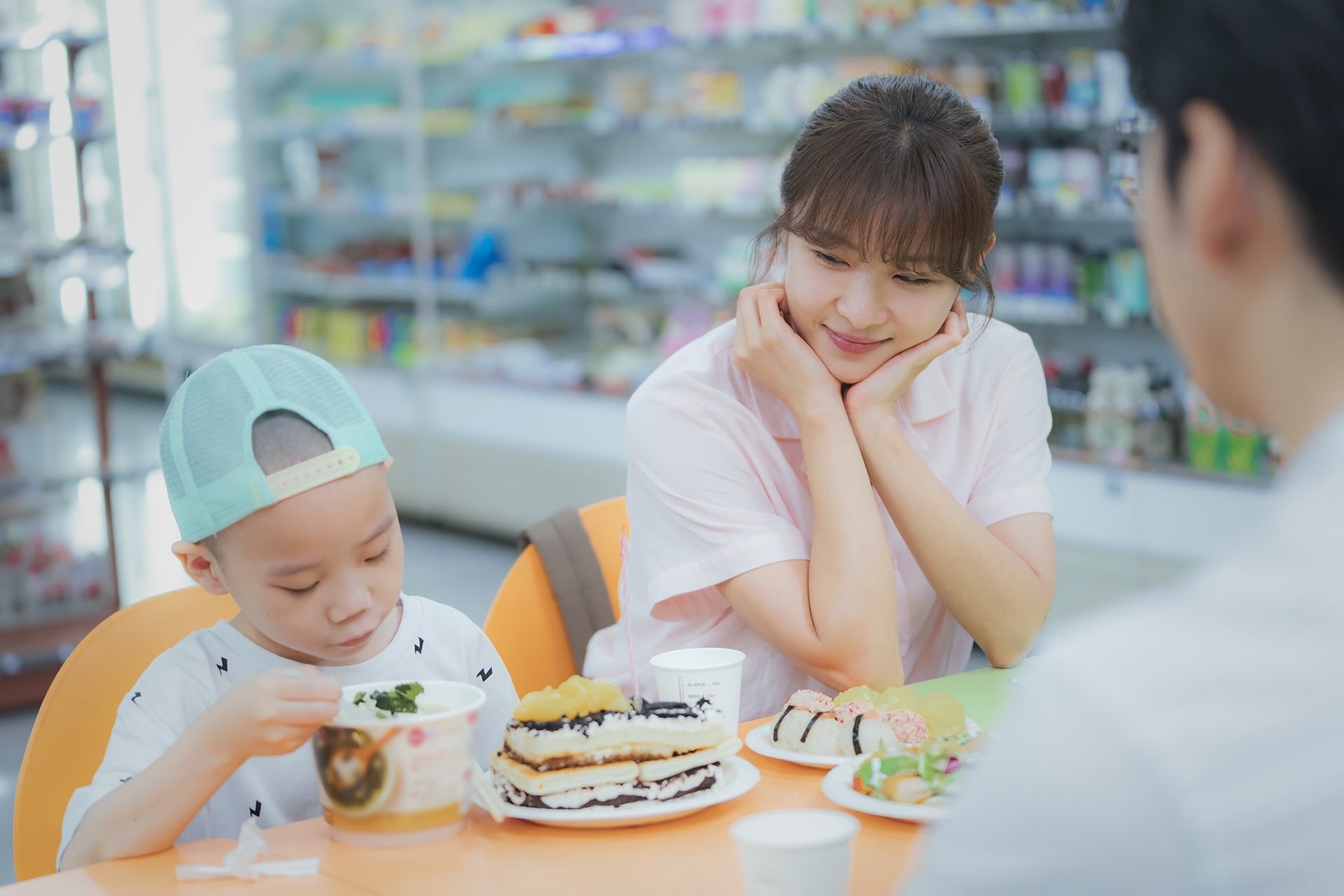 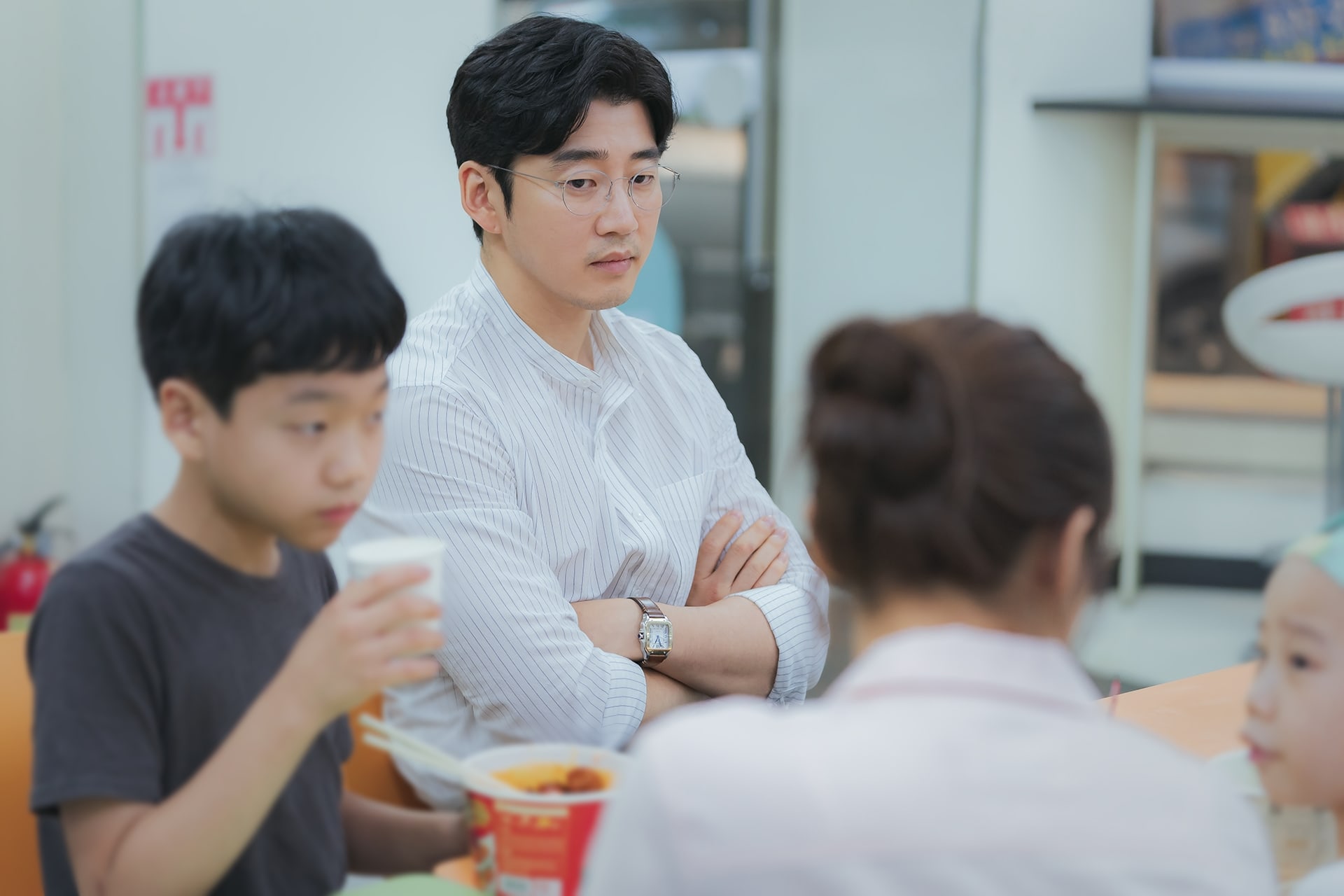 The production crew commented, “Lee Kang and Moon Cha Young will gradually narrow the distance of misunderstanding through their daily lives in the hospice where meeting and parting coexist. Please join the two in the warm comfort and sympathy that they will slowly portray through each other’s temperatures.”