SBS’s new drama “Stove League” has shared intriguing stills of Namgoong Min and Park Eun Bin trapped in the middle of the road.

“Stove League” tells the story of a pitiful baseball team called Dreams that has lost the sympathy of even its fans. Namgoong Min plays Baek Seung Su, the team’s new general manager who comes in to switch things up. Park Eun Bin stars as Lee Se Young, the only female baseball team manager in Korea who has been in charge of Dreams for 10 years.

The new stills show Baek Seung Su and Lee Se Young stuck in a car in the middle of the road. What’s even worse is that they are surrounded by mysterious men. There is a scar on Baek Seung Su’s face, and he looks like he’s about to lose his temper any moment. On the other hand, Lee Se Young is gripping onto the steering wheel with a tense expression on her face. Their dangerous situation raises questions about the identity of the men who have trapped them in the car. 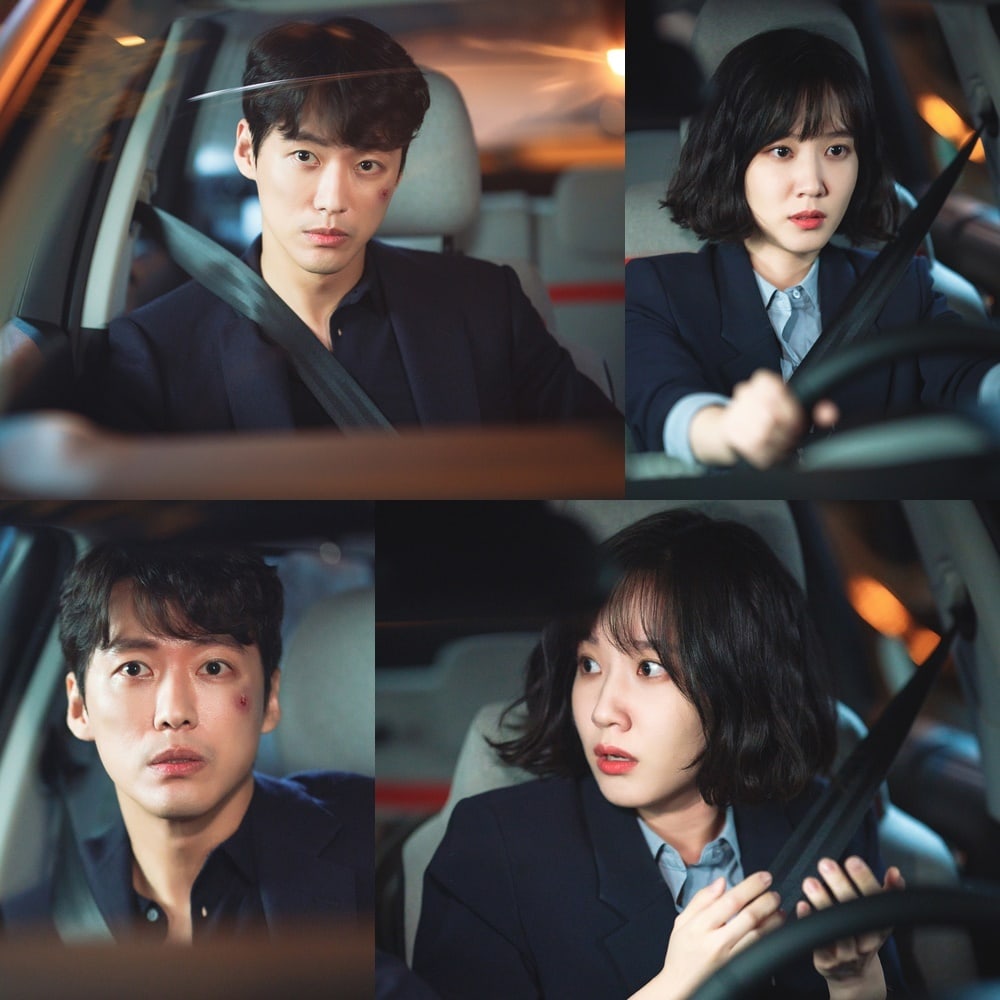 This scene was filmed in October on a road in the neighborhood of Unbok located in the Jung District of Incheon. Ahead of the scene, where realistic expressions were important, the two actors repeatedly discussed with director Jung Dong Yoon to conduct rehearsals.

Park Eun Bin wasn’t used to filming driving scenes, and Namgoong Min assured her by saying, “Don’t worry and do it comfortably.” Once filming started, they were able to immerse into their roles and the current situation with outstanding concentrating.

The production crew shared, “Please watch to see if straightforward leader Namgoong Min and his adventurous subordinate Park Eun Bin will be able to set aside their initial differences, lead the Dreams’ reform, and present a refreshing story. You can check out this high-tension scene that was filmed with their passionate acting in the second episode of ‘Stove League.'”

Start watching the first episode that kicked off with solid ratings on Viki: