Some male singers turn off their charisma mode and show up with nothing but silliness and humor on variety shows.

When they are on stage, they give off a fierce presence, but on variety shows, they make us laugh out loud with their hilarious actions and comments.

Here are a few male singers who seem unapproachable on stage but let loose on variety shows: 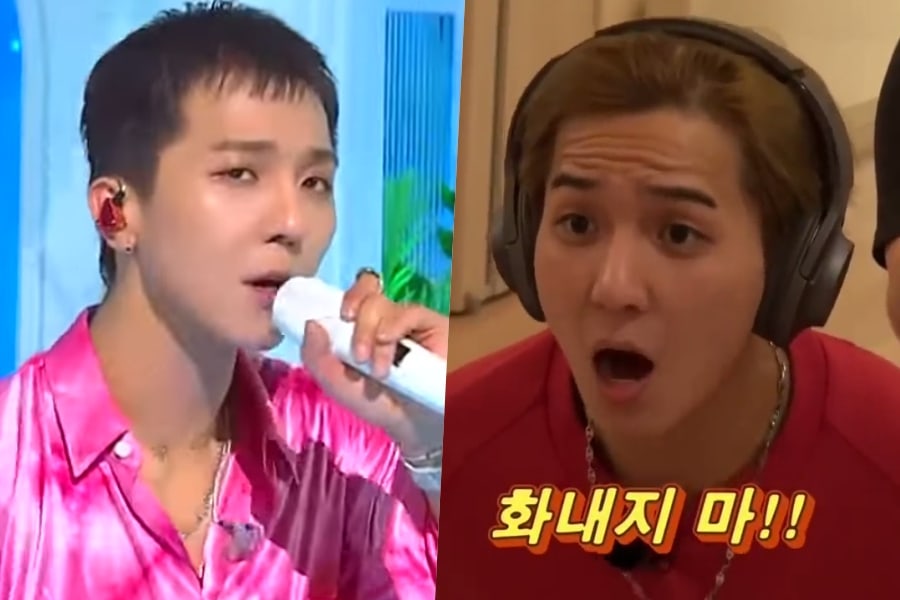 Song Mino surprised everyone with his comical side in the hit tvN variety shows “New Journey to the West” and “Kang’s Kitchen.” He seems to “lack two percent” in some way, but that’s what makes viewers laugh even more. On stage, he transforms into the charismatic rapper we all know and love. 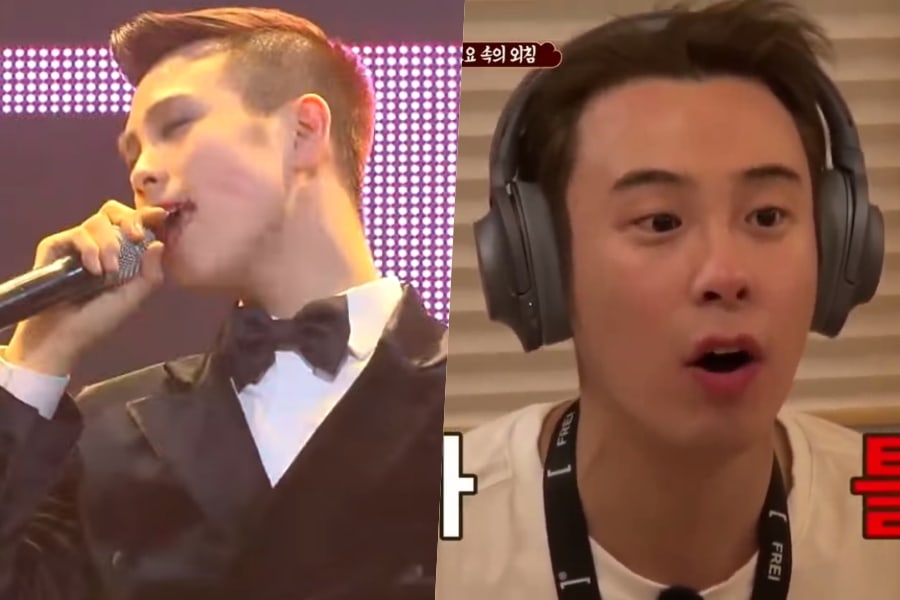 Song Mino’s best friend P.O is also a hilarious comedian on variety shows but a fierce rapper on stage. He shows a great teamwork with Song Mino in “New Journey to the West.” 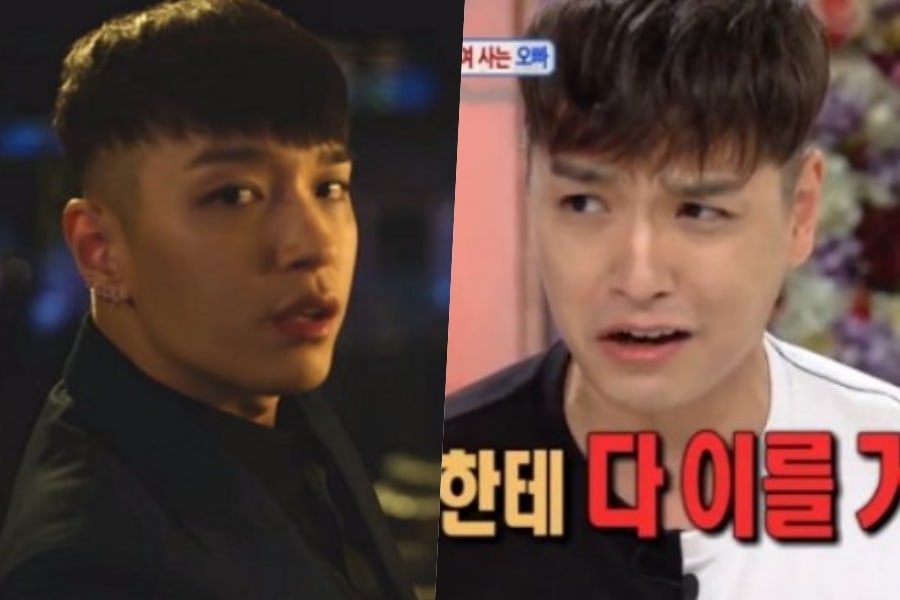 Simon Dominic is one of the funniest rappers out there. Although he didn’t recently star in a variety show, his past hilarious comments on variety shows are still remembered to this day. He’s even funnier when he shares comical stories in his famous Busan dialect. 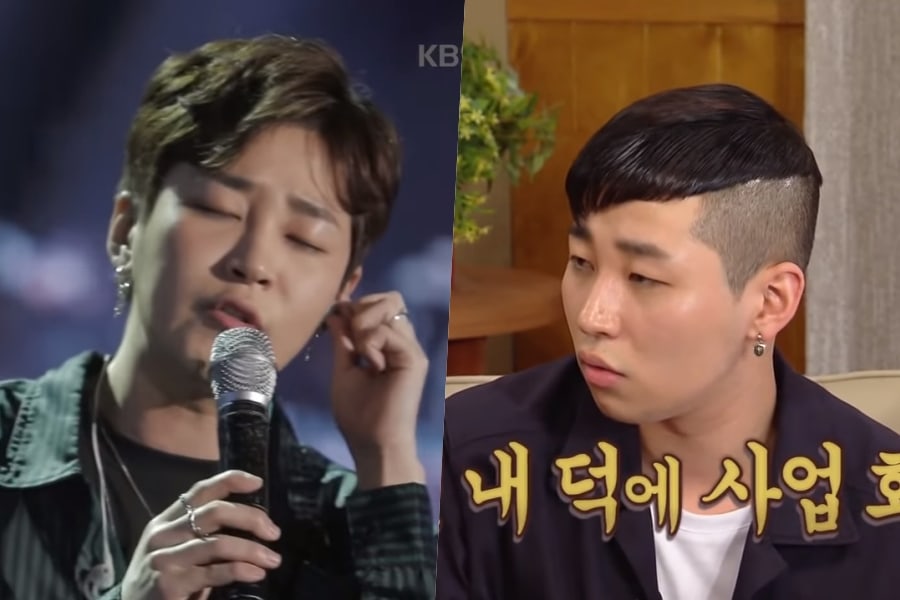 You can’t leave out DinDin when it comes to variety shows! The rapper has been gaining popularity for his signature silliness and funny comments on entertainment programs. However, he shows an unexpected charm on stage. 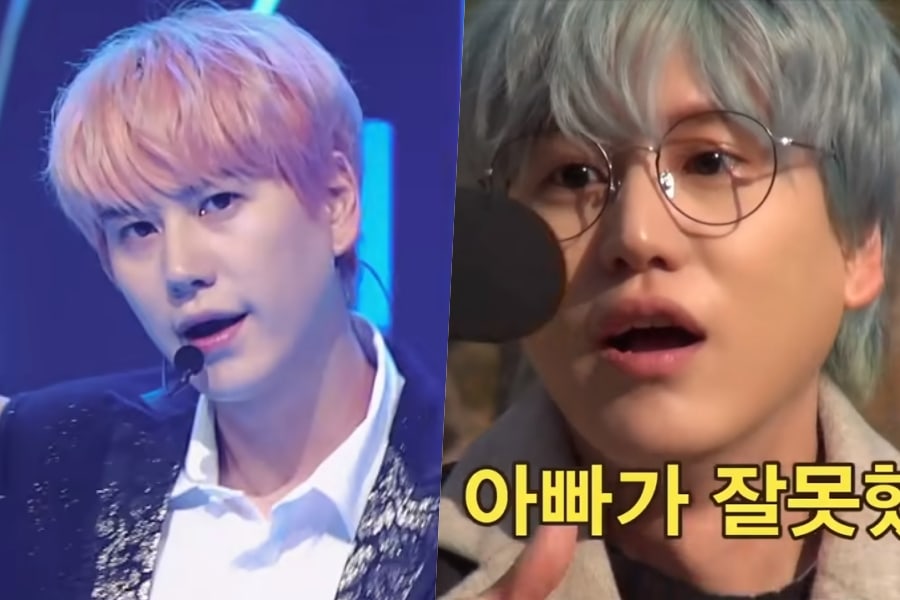 Kyuhyun also shows a big difference as a singer and variety show member. As the main vocalist of Super Junior, he touches many people with his sweet voice, but as a member of “New Journey to the West,” he delivers laughter to the viewers with his witty humor. 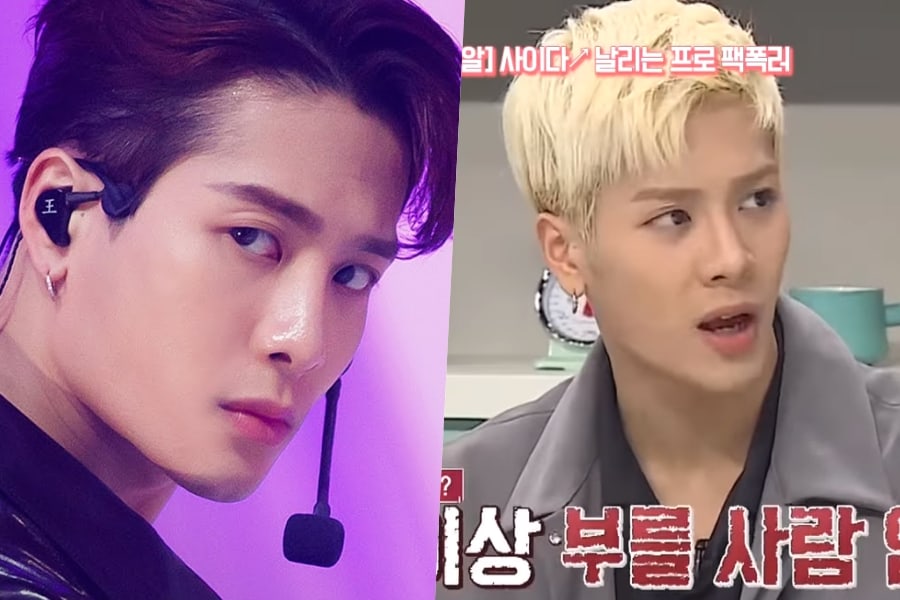 Jackson is one of the most extroverted idols out there, and he has the natural ability to make everyone around him laugh. Yet, once he’s on stage, he explodes with charisma. 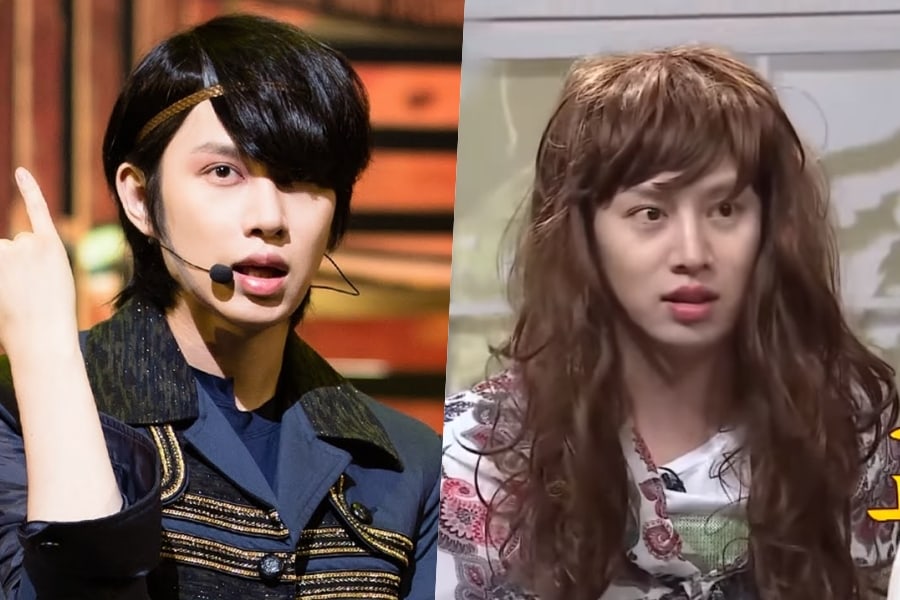 Kim Heechul belongs at the top of the list when it comes to singers who shine on variety shows. His savage remarks, broad knowledge of pop culture, and quick wit are a deadly combination, and he won’t hesitate to even dress up as women. Despite the fact that he isn’t able to perform a lot due to his previous leg injury, when he is on stage, he shines more than anyone with his mesmerizing stage presence.

Watch Kim Heechul in the latest episode of “Ask Us Anything” here: 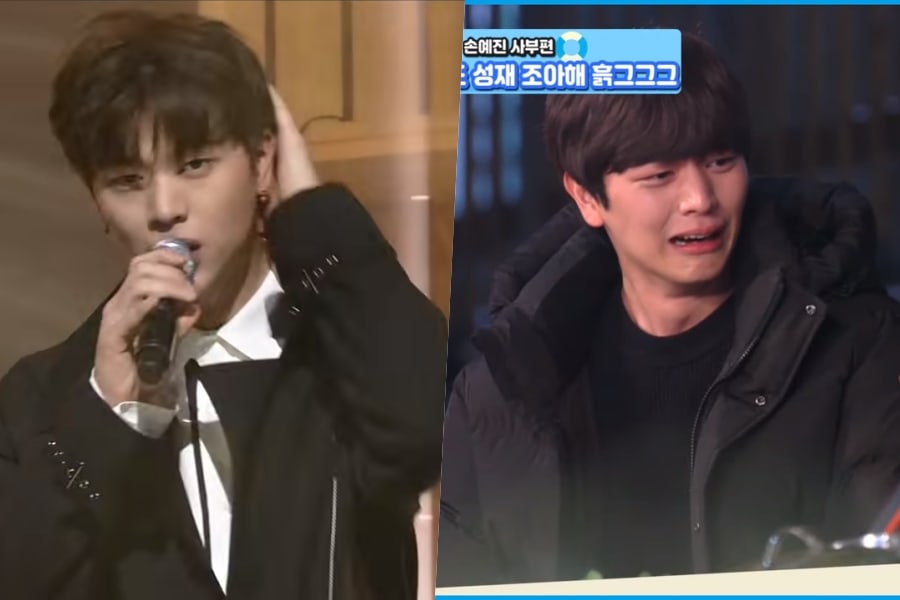 All members of BTOB never fail to make fans laugh with their entertaining ways, but youngest member Yook Sungjae has recently been shining in “Master in the House.” However, he charms on stage with his harmonious vocals and heart-stopping gaze.

Catch up to the latest episode of “Master in the House” below: 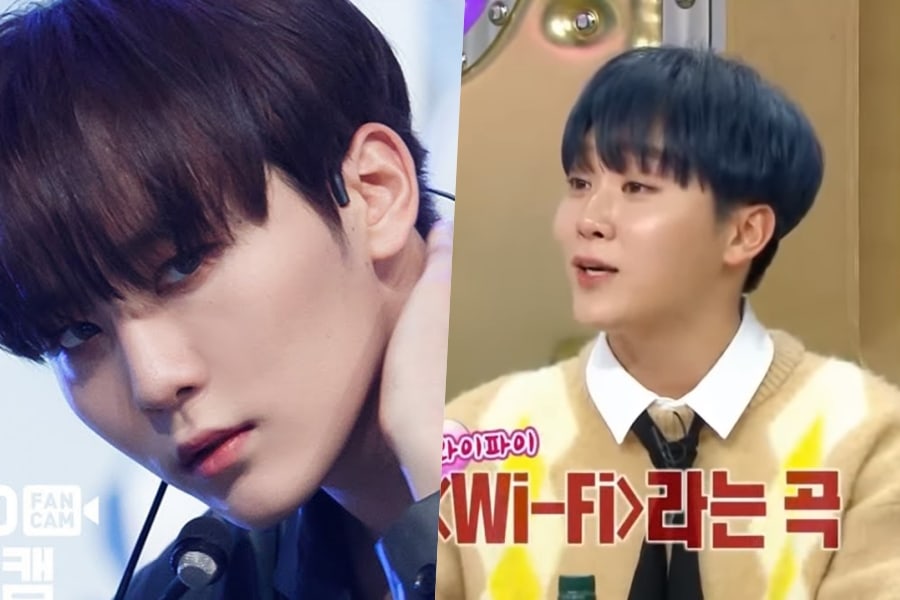 Seungkwan is powerful in terms of vocal and humor. Although he can bless your ears with his strong, sweet vocal chords, he can also make you double over with laughter with his shameless actions. 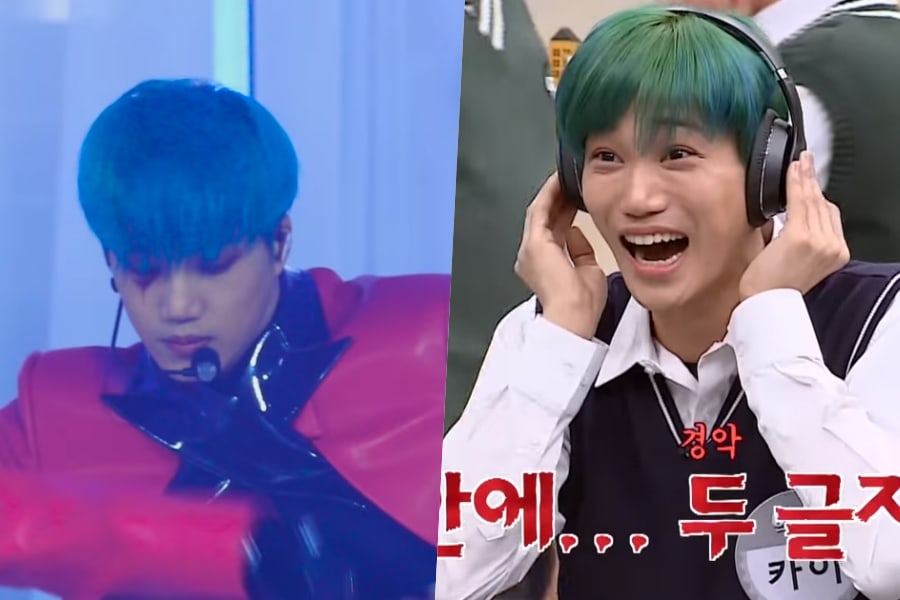 The charismatic main dancer of EXO has been rising in popularity in variety shows because of his unexpected funny side! Recently, he appeared on “Ask Us Anything” and made fans laugh with his failure at the whisper challenge.

What other male singers do you think have such a duality in them?