Lee Sun Gyun is already facing a crisis in the first episode of “War of Prosecutors”!

The upcoming JTBC drama tells the story of the lives of ordinary prosecutors. It’s centered around a prosecutor named Lee Sun Woong (played by Lee Sun Gyun), who works at his local district’s Public Prosecutors’ Office, and a prosecutor named Cha Myung Joo (played by Jung Ryeo Won), who suddenly gets transferred to the branch office after rising in her career at the Central District Office.

On December 15, JTBC released new stills of Lee Sun Gyun as Lee Sun Woong that will pique the curiosity of the viewers anticipating the first broadcast. In the photos, Lee Sun Woong is at the police station while wearing fishing gear. First, he gauges the setting with an uneasy expression. Then he shuts his eyes with a resigned look on his face as he is interrogated by the police. Lastly, he just stares off into space as if his soul has been sucked out. Given his downhill roller coaster of emotions, it can be assumed that he didn’t come to the police station for a good reason. 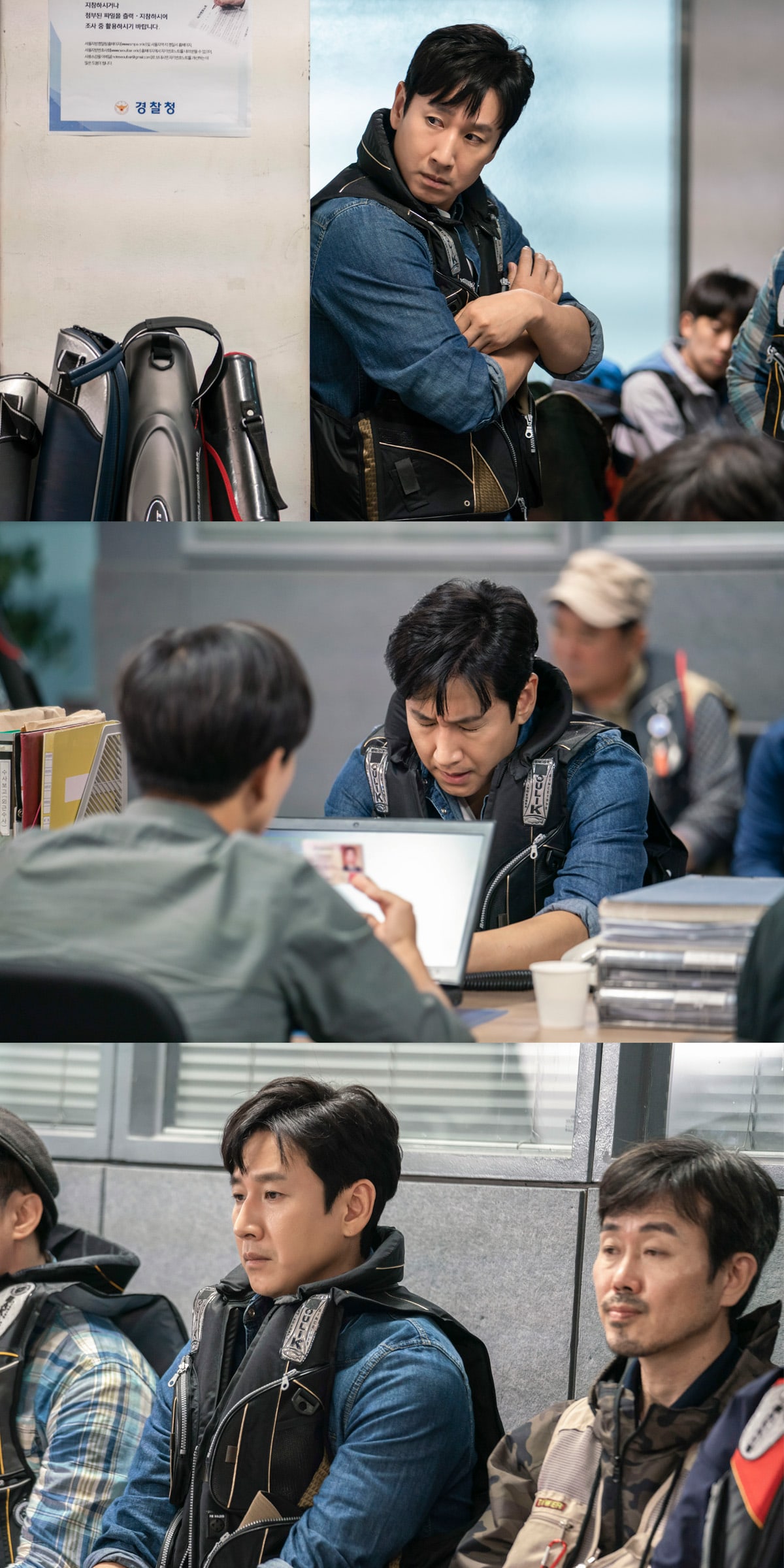 The production crew said, “In the first episode of ‘War of Prosecutors,’ which is finally premiering, the whole story of how prosecutor Lee Sun Woong, who is ‘satisfied with everything,’ ended up sitting at the police station will be revealed. Also, the prosecutors who will attract viewers with their colorful charms will be revealed one after another.”

Then they added, “The premiere is just a day away. We have a lot of stories to laugh at, empathize over, and warm up the cold winter, so please join us to get rid of the Monday blues.”

“War of Prosecutors” premieres on December 16 at 9:30 p.m. KST and will be available on Viki!

Lee Sun Gyun
War of Prosecutors
How does this article make you feel?