The upcoming series, which will follow the lives of ordinary prosecutors, centers on the story of a prosecutor named Lee Sun Woong (played by Lee Sun Gyun), who works at his local district’s Public Prosecutors’ Office, and a prosecutor named Cha Myung Joo (played by Jung Ryeo Won), who was a rising star at the Central District Office before suddenly getting transferred to a branch office.

With many already excited to see the office life of prosecutors, here are three key points to look forward to:

1. Who are the Jinyoung prosecutors?

Male lead Lee Sun Woong lives a happy life in the small town of Jinyoung, which is also described as a place of exile for prosecutors. With zero passion for justice, he is more like an ordinary office worker rather than a prosecutor. His team includes prosecutors with diverse personalities.

First, there is chief prosecutor Jo Min Ho (Lee Sung Jae) who attempts to become “young and hip” by using slang words. At the same time, he has one simple wish, which is to become a “chief who wins first place at least once.” Oh Yoon Jin (Lee Sang Hee) is a former member of the violent crime department who used to go after gangsters, but right now, she is a working mom who thinks the most terrifying thing is child care. There is also Hong Jong Hak (Kim Kwang Gyu), a senior prosecutor suffering from chronic stomach cramps who is surrounded by prosecutors stronger than him, and Kim Jung Woo (Jeon Sung Woo), an inexperienced rookie prosecutor. 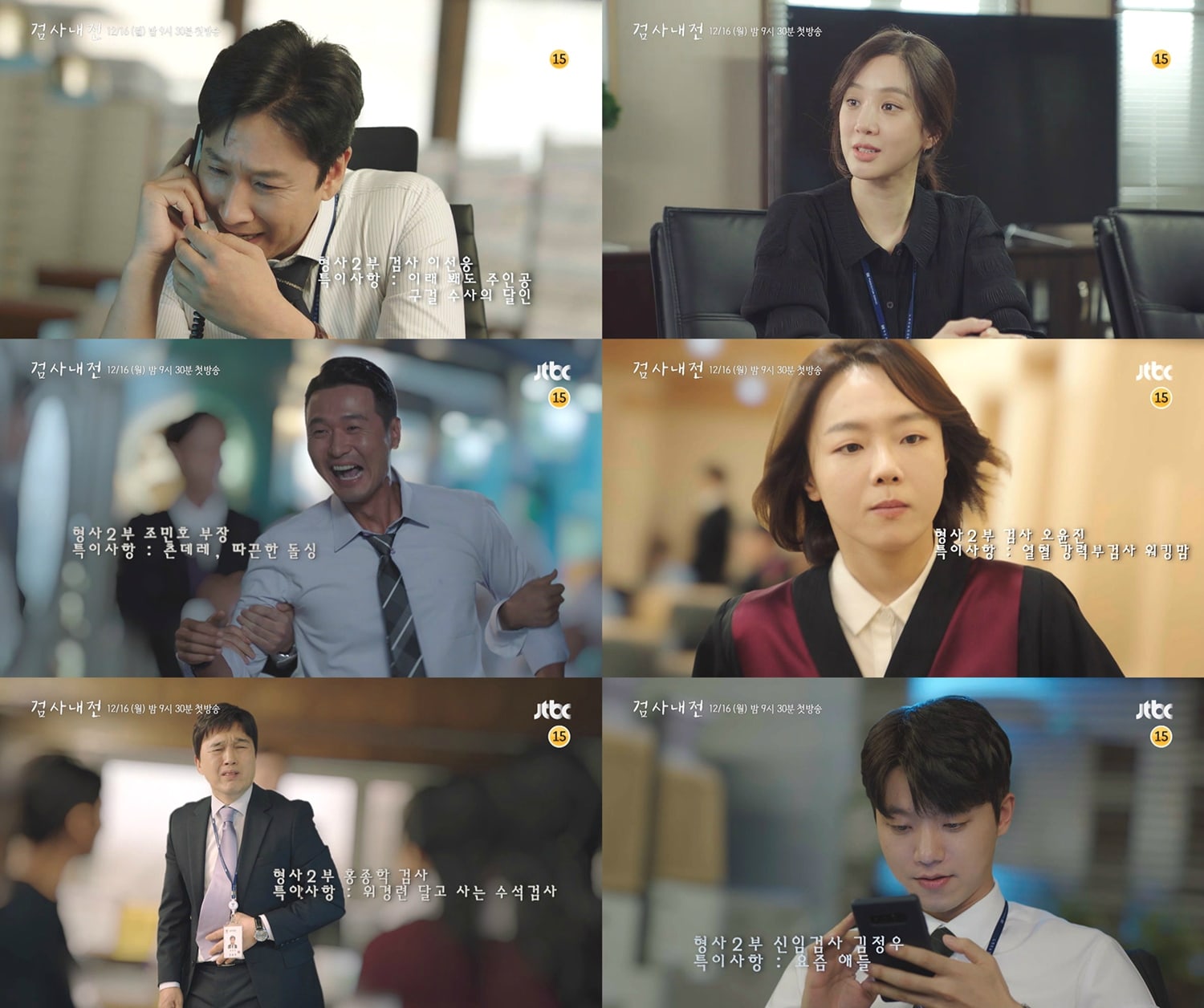 2. Why did star prosecutor Cha Myung Joo come to Jinyoung?

There will be a new change in the second division of the Jinyoung District Prosecutors’ Office, which has been running peacefully despite being second in the category every year. Cha Myung Joo, a star prosecutor on the rise, joins the team at Jinyoung after leaving the Seoul Central District Prosecutors’ Office, where she had been on a winning streak for the past 11 years. According to rumors, she took on a case that caused her to become demoted.

Cha Myung Joo will reunite with Lee Sun Woong for the first time in more than a decade, and from the beginning, the two end up facing off with their very different opinions and quarrelsome chemistry. Why did Cha Myung Joo, who could have chosen to resign instead of being transferred, come to Jinyoung?

3. What kind of cases will occur in Jinyoung?

Jinyoung is a city of fishing and culture. What events might unfold in the countryside located at the end of the southern coast? It may seem like nothing would happen in such a place, but the highlight reel unveiled the mysteries lurking in the city’s future. Lee Sung Woong described the cases as being “directly related to someone’s survival.”

The producers of the drama remarked, “‘War of Prosecutors’ does not feature a huge conspiracy or bloody revenge, and there are no brutal killers or gory scenes. Instead, there will be simple but relatable incidents that can easily happen in everyday life.”