During the December 15 episode of the SBS variety show, the cast and guests partook in the Ace of Ace race.

While moving to their destination, Kim Jong Kook asked, “[Yang] Se Chan, why are you sitting there when you could have sat here earlier?”

Song Ji Hyo asked if he was being conscious, and Yang Se Chan was confused about who he has to be conscious of. When he turned his head, he locked eyes with Jun So Min, and the “Running Man” members started to tease them.

Yoo Jae Suk commented, “[Yang] Se Chan, you should keep your distance now,” and Yang Se Chan replied, “I was planning to.” Then Jun So Min revealed, “I called [Yang] Se Chan a few times last week and he tried to hang up very quickly.” Yoo Jae Suk responded by saying, “He’s in a state of confusion because he keeps being mentioned.”

At that moment, Jun So Min boldly told Yang Se Chan, “When you’ve made up your mind, come to the front of my house and call me.” At her words, the “Running Man” members became suspicious of their relationship. 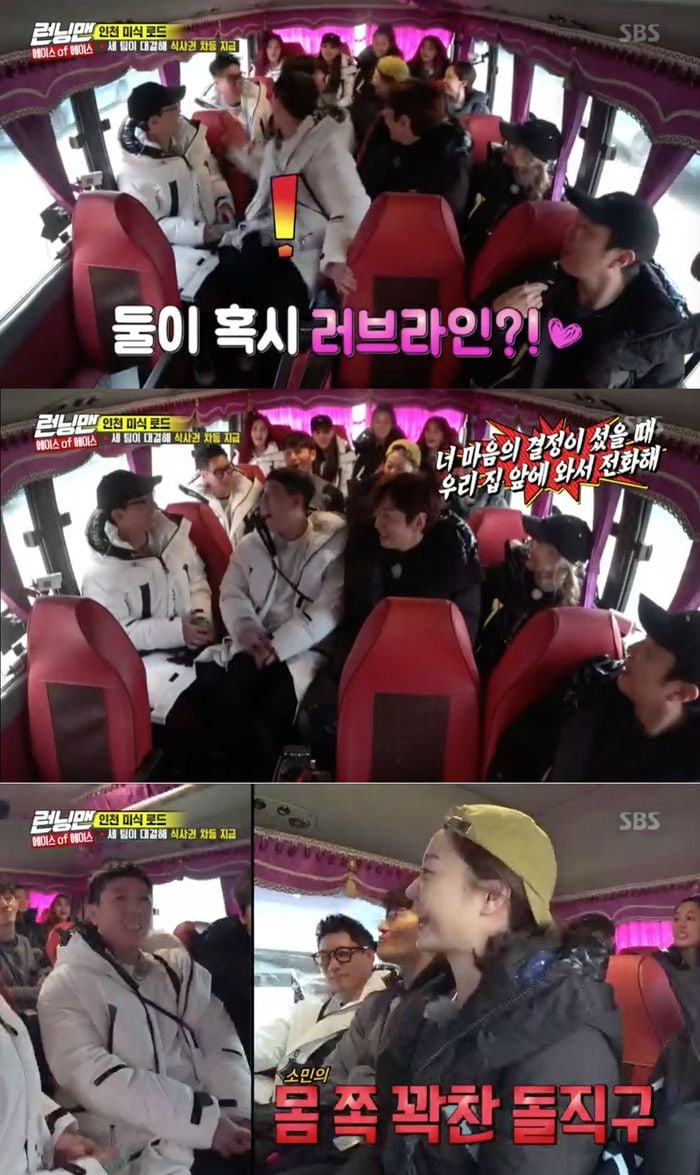 Later in the episode, AOA’s Seolhyun revealed she was 25 years old (in Korean reckoning) and Yang Se Chan commented in surprise, “Really? I thought you were 21 years old.” In response, the “Running Man” members shared that Jun So Min doesn’t like such things, and Jun So Min wore a sad expression. So Yang Se Chan asked how old she was, and she cutely said, “Huh? I’m 34 [in Korean reckoning]!,” making everyone laugh.