The cast and crew of “Hotel Del Luna” got back together and reminisced about their drama!

The event began with the cast and crew looking back at some of the most iconic scenes from the drama. The first scene showed Jang Man Wol (IU) and Goo Chan Sung (Yeo Jin Goo) enjoying bead-shaped rice cakes together. Producing director (PD) Oh Choong Hwan commented, “This was actually an NG scene [a scene that almost became an outtake]. They stopped acting right after they laughed, but [I later saw that] the two of them looked sad but beautiful at the same time. I wanted to capture their natural appearance, so I chose to air one of the outtakes.”

IU explained, “The script basically just said, ‘The two of them look sad.’ Yeo Jin Goo and I mostly ad-libbed the latter part of the scene. I asked him to just say anything that was funny, and I actually burst into laughter because he talked about earrings.” Yeo Jin Goo added, “Lee Ji Eun [IU’s given name] was on set already, and she was like a human bead-shaped rice cake. So I think that’s why I said something like that.” 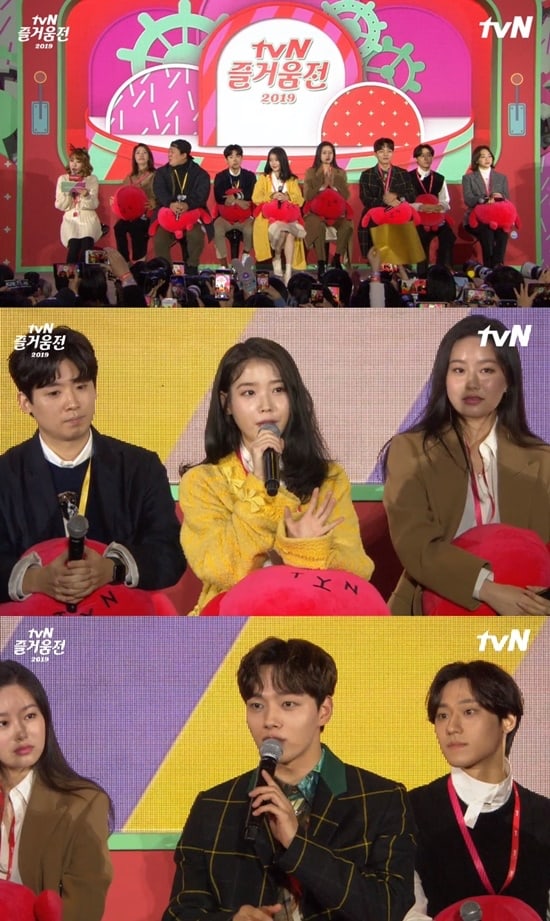 The second clip shown onscreen was the scene in which Ji Hyun Joong (played by Block B’s P.O) entered Goo Chan Sung’s body. Yeo Jin Goo said, “I followed Pyo Ji Hoon [P.O’s given name] around a lot. I thought that I could show charms that I couldn’t show as Goo Chan Sung through him, so I was ambitious about wanting to do a good job.” IU added, “Goo Chan Sung is a man of principle, but he had brief moments of cuteness. [Yeo Jin Goo] is very observant, so he was able to catch [Ji Hyun Joong’s] defining behaviors right away. I thought to myself that he really is extraordinary.”

Another moment chosen as particularly memorable was Kim Yoo Na (Mina)’s kiss scene with Ji Hyun Joong, followed by her confession. Mina shared, “After the drama ended, I wound up having to tell a behind-the-scenes story [about the kiss scene], so I asked P.O. He told me, ‘I wiggled my toes.’ I found out that Pyo Ji Hoon wiggled his toes [during the kiss].”

Cho Hyun Chul, who appeared in the drama as Sanchez, remarked, “I’m a fan of Lee Ji Eun. I couldn’t look her in the eye at the beginning of filming, but after we filmed the horse-selling scene, I calmed down and was able to look her in the eye.”

When asked to choose a memorable moment from filming, Park Yoo Na recalled, “It was my first time wearing a gache [large traditional Korean wig] while filming, and I couldn’t turn my head. I remember getting help from the staff because I couldn’t move when I was stabbed [in the drama] and fell down.”

Lee Do Hyun added, “As a woman, Lee Ji Eun gave me lots of advice with my lines. Chung Myung’s romantic lines were all possible thanks to Lee Ji Eun.” 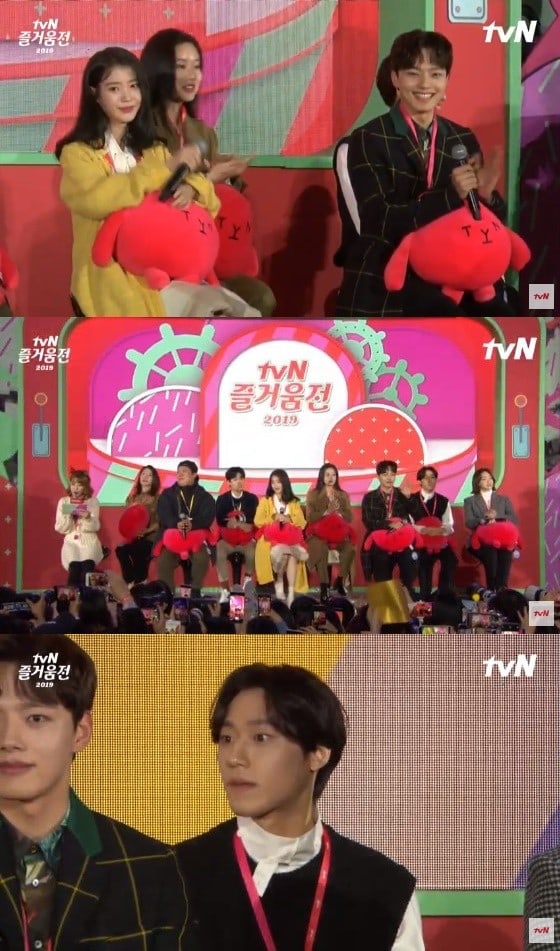 The Instagram account that IU made for for her character Jang Man Wol has over 900,000 followers. “My phone is still logged into the account as a second account,” revealed IU. “Many people still follow it. There are times when it’s difficult because I get so many notifications, but the idea of logging out makes me feel somewhat sad, so I’m just leaving it as it is.”

She continued, “For the scene in which I go out to eat dumplings with Goo Chan Sung, the script just said, ‘Look at it as if it’s delicious.’ But I suggested we change the set-up a bit and asked if it was okay for Jang Man Wol to be on social media, and that’s how it began. I asked for permission from the other actors and took photos. I took a lot of photos until the end.”

PD Oh Choong Hwan said, “I had fun filming ‘Jang Chong Man Wol’ while doing the drama. There were many people, and they cheered me on by saying that it was pretty. Filming took a while, so those cheers turned into complaints, but that was also the day of our first team dinner. I remember that scene in particular because while we were filming it, I thought to myself, ‘This will turn out to be a good drama.'”

IU commented, “There are many scenes [in the drama] that I love, so it’s hard for me to choose one. The most memorable one for me was the scene where Goo Chan Sung cried at the bus stop. I really liked it. I remember that ending scene in particular.” Yeo Jin Goo stated, “I was personally curious about how the hotel was built. That scene made my jaw drop when I watched it in the drama.”

Finally, the PD concluded, “Thank you for loving ‘Hotel Del Luna.’ The actors worked hard. I hope that you won’t forget about us and that you’ll watch it again sometime in the summer.”