Several members of Red Velvet showed their support for AKMU at their concert this weekend!

On December 14 and 15, AKMU kicked off their first solo concert tour in two years at Kyung Hee University’s Grand Peace Palace in Seoul.

Red Velvet’s Irene, Seulgi, and Yeri—who is famously BFFs with AKMU’s Lee Soo Hyun—turned up at the first night of the show, where they snapped a cute photo backstage with the brother-sister duo.

Yeri later shared the photo on her Instagram story with the caption “Love.” 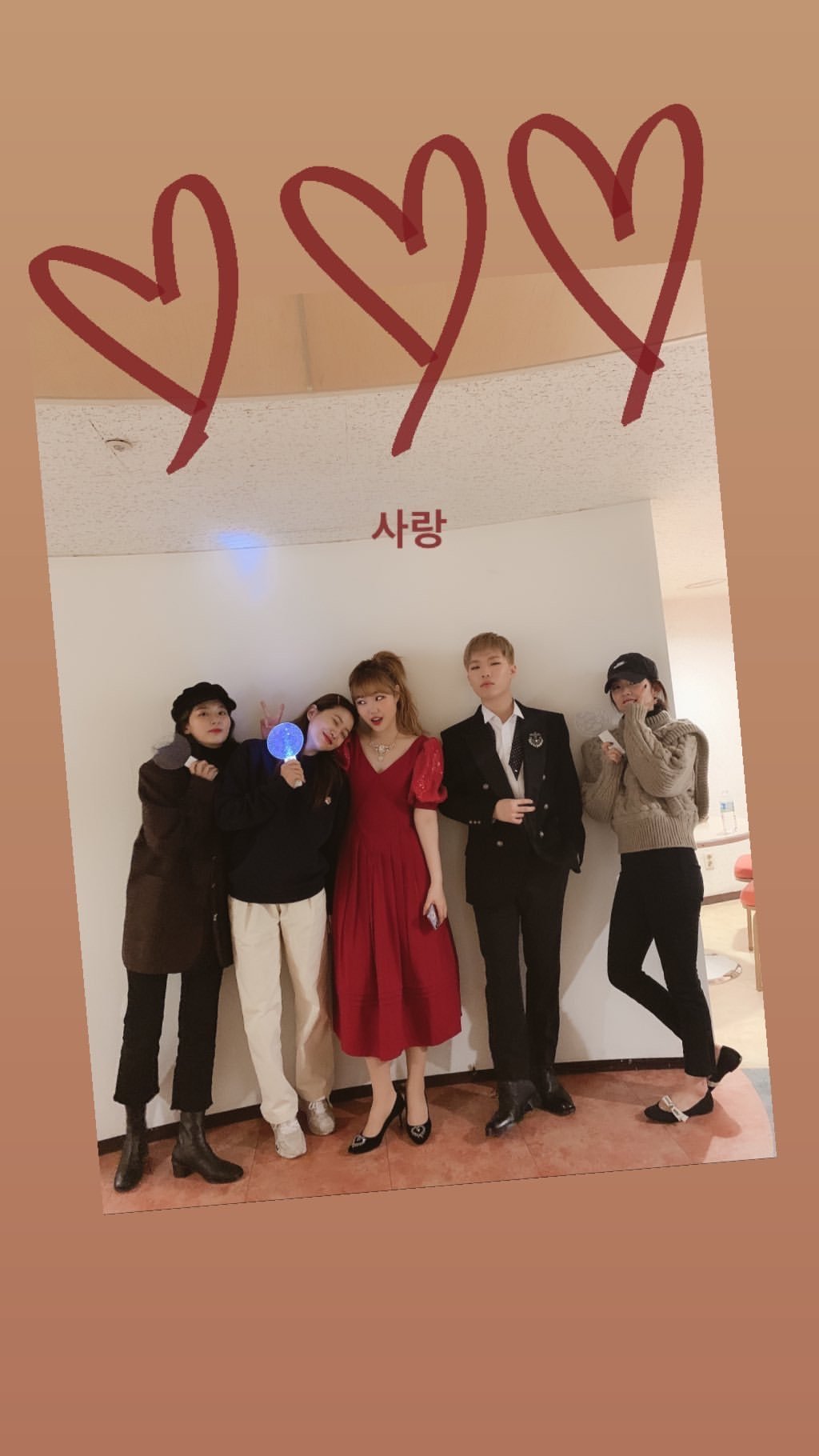 Yeri also separately posted a photo of AKMU that she had taken from her seat during the concert. She then showed love for her close friend by writing in the caption, “AKMU was so cool and lovable.”

Red Velvet is currently gearing up for their return on December 23 with their repackaged album “The ReVe Festival: Finale.” Check out their latest teasers here!