MBLAQ’s Mir Talks About What Motivated Him To Start YouTube Channel, Dealing With Hair Loss, And More

MBLAQ’s Mir got candid about his life and spending habits on KBS 2TV’s “Wise Kidults.”

On the December 17 episode, Mir appeared as a guest on the variety show.

“I debuted in 2009,” began Mir. “I got paid every three months. After the training and album costs were taken out, the amount I received was 15 million won (approximately $12,890). I felt so grateful.”

He revealed that he makes one-tenth of what he made then and asked the show for help on how to save for his marriage fund. When asked if he was getting married, Mir replied, “I got a reading not too long ago and it said that my marriage luck begins when I’m 32 years old.” Hearing this, Lovelyz’s Mijoo asked if he had saved money, and Mir answered, “I’m living on the money I had saved up and songwriting and lyric-writing royalties.”

During the broadcast, Mir put his studio on a website for selling used items. He added, “I sell items that I no longer use on websites for used items.” When asked if the items were sold, he replied, “Not yet.” Jang Sung Kyu commented, “They’ll all get sold once this airs.” 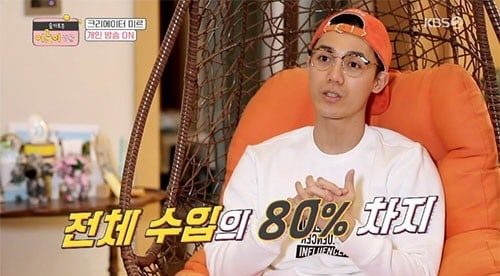 After the program showed Mir putting his figurine collection and studio on the website in order to get money for his marriage, Jang Sung Kyu commented, “Seeing you trying to gather money for your marriage fund like this means that you already have a girlfriend.”

Mir, however, tried to buy sneakers after selling his figurines. He made everyone laugh when he said, “I’ve been contemplating it for two years,” and revealed that he also had a sneaker collection. When praised for his good use of the website, Mir said, “I used to only buy clothes at luxury brand specialty stores, but I started giving out items I didn’t use to acquaintances.”

Speaking about his new job, Mir said, “80 percent of my income currently comes from YouTube. I act as the producing director, writer, actor, and editor.”

“One day, I went to the dentist with my mom and the bill came out to 10 million won (approximately $8,596),” explained Mir. “I couldn’t pay the bill without hesitation. It hurt my pride. I started YouTube on that day.”

He then headed to the vet with his dog which was experiencing pain in its kneecap. The vet recommended supplements and added that surgery would be expensive. Mir purchased expensive supplements and snacks for his pet for a total of 102,000 won (approximately $88). Mir said, “There are times where I spend over 1 million won (approximately $860) a month on my dog,” and Jang Sung Kyu commented, “That’s more than I spend on my son.”

Mir then surprised everyone by purchasing a basketful of beauty products for a total of 174,000 won (approximately $150). Mir explained, “I pay a lot of attention to my hair. I have hair loss, so I borrowed some of the hair from the back of my head. 2,800 hair follicles.” 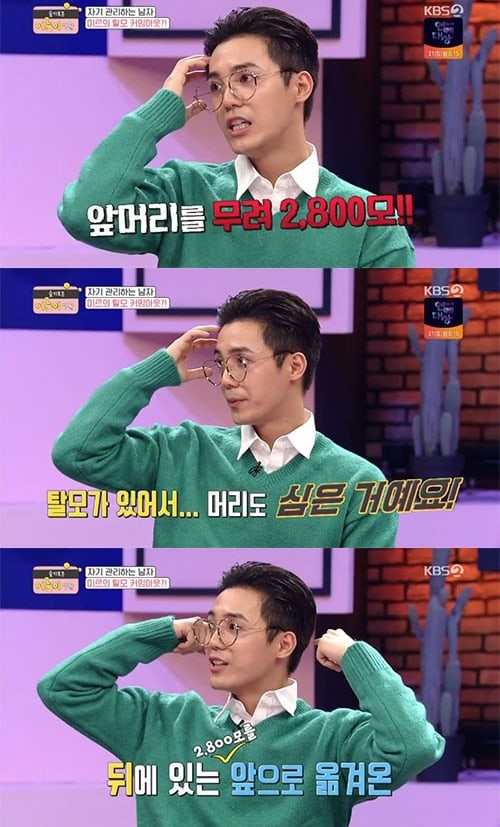 Mir then called his mom. He said, “I sent your allowance,” and broke out into a dance. Expressing gratitude and concern over the 2 million won (approximately $1,718) she received, his mom said, “Will you be able to get married?”

Hearing the solution, Mir commented, “I thought that I could just save for three years, but I think I’ll be able to save in a leisurely way if I do it like this. I now realized that I have an incorrect way of consuming. I feel sorry to myself.”

MBLAQ
Mir
Wise Kidults
How does this article make you feel?