“Money Game” tells the story of another IMF crisis about to hit Korea in 2020. A group of people at the Financial Services Commission are trying to turn the situation around as they fight corruption in a near-bankrupt financial institution that the government owns shares in.

Go Soo plays Chae Yi Heon, an economic government official and the son of Korea’s best economist who fights to prevent another financial crisis. Lee Sung Min is Heo Jae, an ambitious chairman who will do anything to reach his goals, and Shim Eun Kyung is Lee Hye Jun, a woman who is new to the work force, but has passion and morality.

In the new poster, Shim Eun Kyung, Go Soo, and Lee Sung Min stand against the backdrop of a dark and cloudy Seoul. The poster reads, “With the fate of the country on the line, a dangerous game begins.” 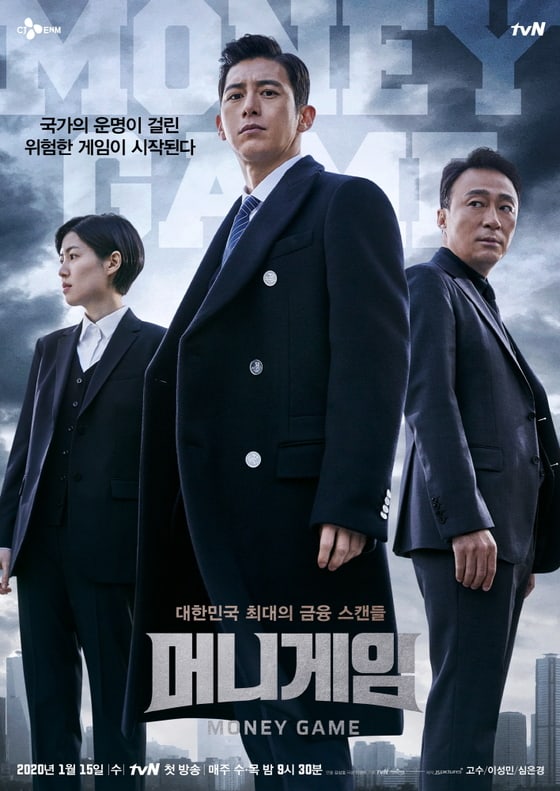