“Psychopath Diary” is about a man named Yook Dong Shik (Yoon Shi Yoon) who loses his memory after getting into an accident while running away from a murder scene. He comes across a diary detailing how to commit murder, and he begins to believe that he is a psychopathic serial killer.

In the newly released stills, Yook Dong Shik appears to be in a very tense state. At the same time, he is also hiding something in his jacket. 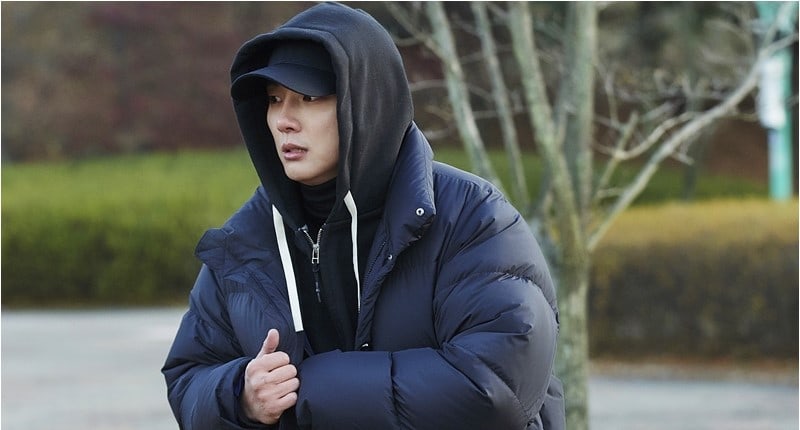 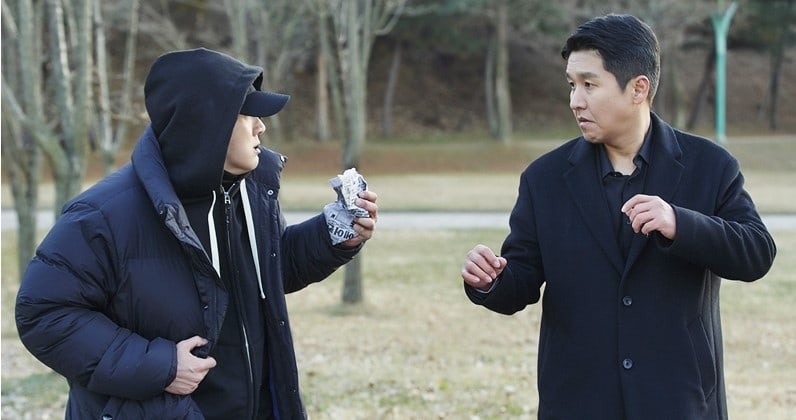 However, in the last image, Yook Dong Shik appears to be near tears as he holds on to Park Moo Seok’s arm tightly and begs desperately for help. Yook Dong Shik is notably holding a wad of cash while Park Moo Seok has a dumbfounded expression on his face. 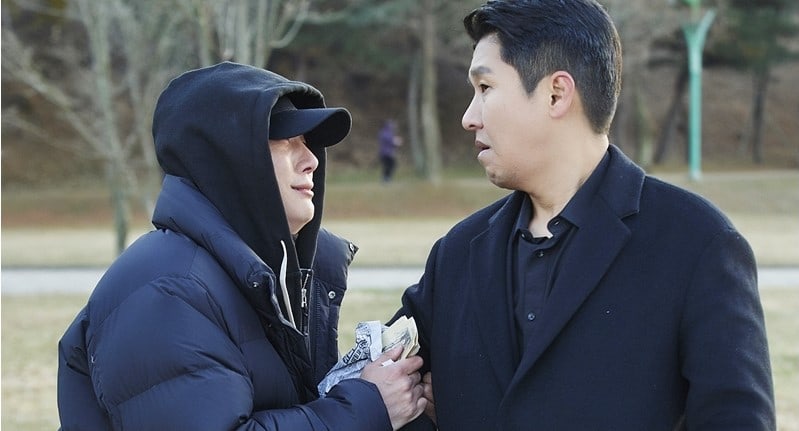 In the previous broadcast, the real killer Seo In Woo (Park Sung Hoon) revealed his heinous plan to blame Yook Dong Shik for all his crimes after learning that Yook Dong Shik had come to mistakenly believe that he was the serial killer. The stills showcasing Yook Dong Shik’s encounter with Park Moo Seok has built tension among viewers as they wonder what dangerous situation will await the main character in the upcoming episodes.

“Psychopath Diary” airs every Wednesday and Thursday at 9:30 p.m. KST.