Based on the webtoon of the same name, “Itaewon Class” is a new drama about young people brought together by their stubbornness, passion, and youthful bravado. Within the narrow streets of Itaewon, they begin their own fledgling revolt against an unreasonable society as they chase after their dreams and the freedom to live according to their own unique perspectives.

Park Seo Joon will be starring in the drama as Park Sae Roy, a passionate entrepreneur who is uncompromising in the face of injustice and corruption. Armed only with his convictions and his anger over the death of his father, Park Sae Roy bursts onto the Itaewon scene and boldly goes up against the food industry conglomerate Jang Ga in the process.

On December 19, “Itaewon Class” unveiled its second teaser poster starring its male lead. The poster captures Park Sae Roy hard at work outside his gastropub in the neighborhood of Itaewon, flashing a grin at the camera as he carries a heavy crate of beer. Even though his elbow brace and the multiple medicated patches peeking out from under his clothes hint at the physical pain brought on by his toil, Park Sae Roy is positively beaming as he blissfully follows his dreams. 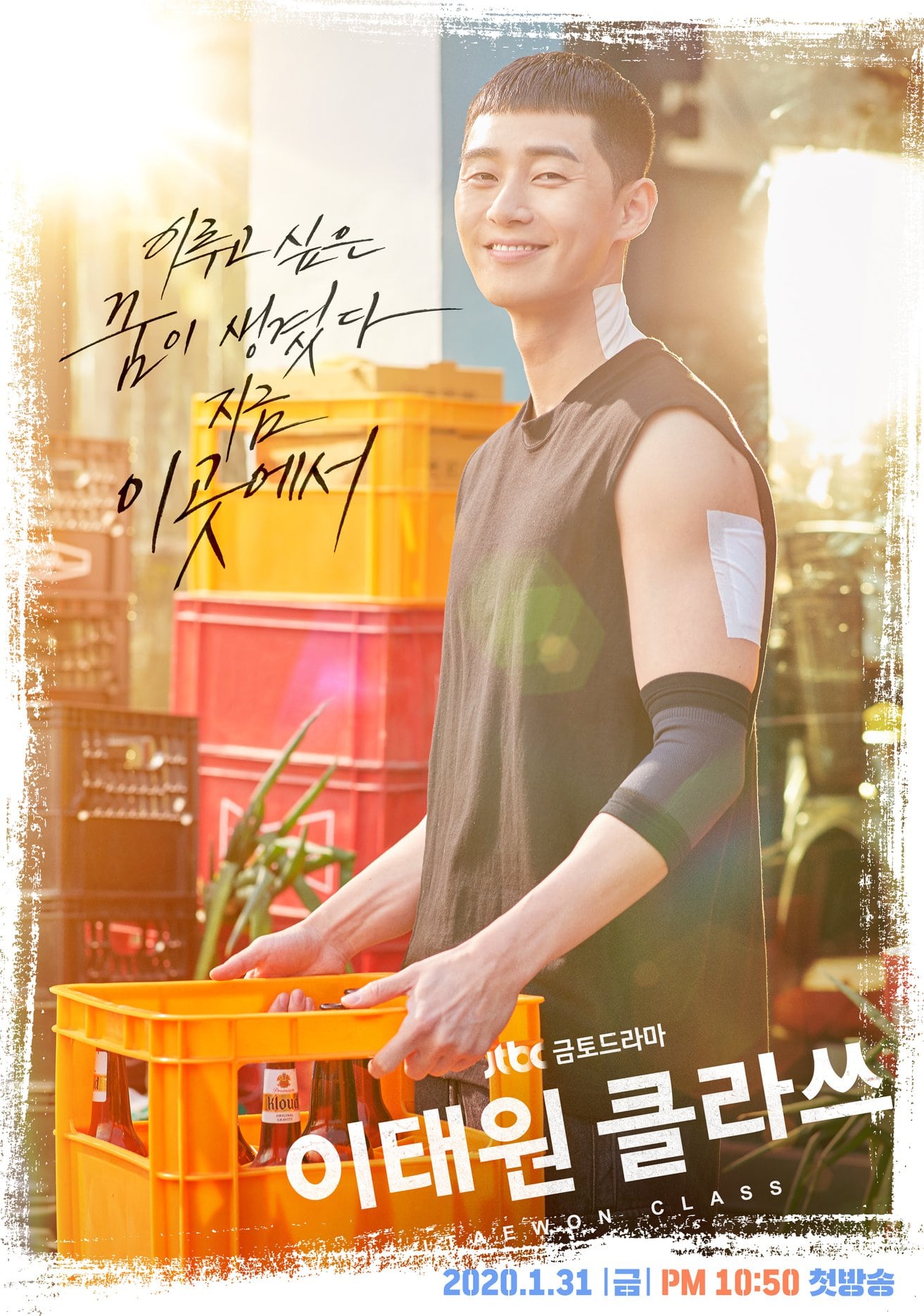 The producers of “Itaewon Class” remarked, “Park Seo Joon has already become completely immersed in his character, and he is creating his own unique version of Park Sae Roy. Please look forward to his acting and transformation into [Park Sae Roy], who will convey the fiery energy of a young man full of conviction and spirit.”

They added, “Please look forward to the refreshing, feel-good delight that [‘Itaewon Class’] will give viewers through the story of Park Sae Roy’s dreams and growth, which will play out on the streets of Itaewon.”

“Itaewon Class” will premiere on January 31 at 10:50 p.m. KST, following the conclusion of JTBC’s “Chocolate.” Check out the first poster for the drama here!