Bora Talks About Preparing For Her Character In “Dr. Romantic” Season 2

This is the second season of the 2016 series “Dr. Romantic” and tells the “real doctor” story set in a small, humble hospital called Dol Dam Hospital about people who meet genius doctor Kim Sa Bu (played by Han Suk Kyu).

In the drama, Bora portrays a nurse named Joo Young Mi at Dol Dam Hospital. Joo Young Mi is a third-year mid-level nurse, but she became the youngest nurse after joining Dol Dam Hospital. She’s observant, quick with her hands, and neat with her work. Because she has a lot of pride in her job as a nurse, she doesn’t like being ignored or others intruding on her territory. She’s a workaholic who gives all of her heart and strength to care for patients.

In the stills, Bora sheds her previously glamorous image to undergo a complete transformation. She looks worried as she works at the emergency room’s nurse station and also smiles while looking at someone. Dressed in an operating gown, Bora looks focused inside of the operating room.

To succeed at her first time acting as a nurse, Bora received training from professional nurses and studied about nurses’ duties through various videos and books. After discussions with the staff, Bora came up with Joo Young Mi’s look consisting of large-framed glasses and a neat hairstyle. 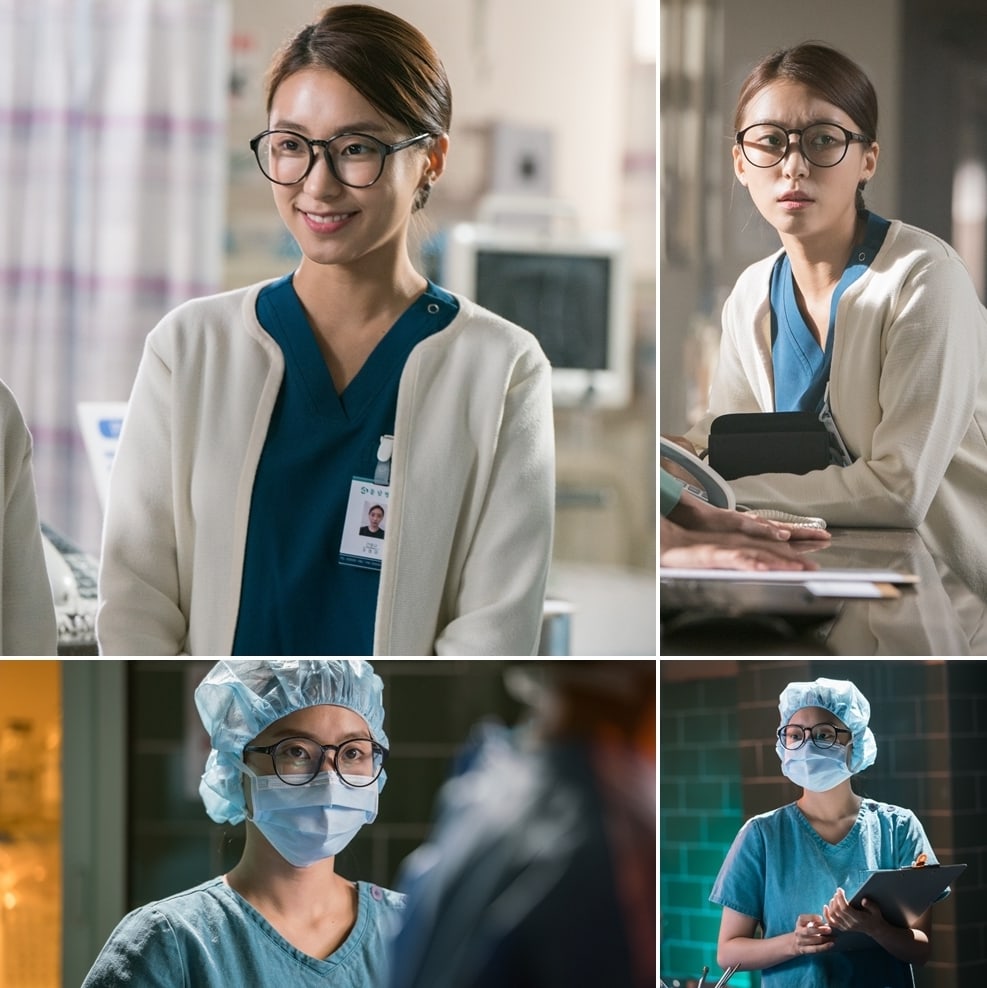 Bora said, “I laughed and cried, and I was moved while watching ‘Dr. Romantic.’ I think it’s a huge honor to be able to appear in ‘Dr. Romantic’ season 2 which is a project that is dear to my heart. It’s a project I’m really thankful for because I’m able to learn a lot from writer Kang Eun Kyung, director Yoo In Sik, and senior actors.”

She added, “Because it’s my first time portraying a nurse, I’m working hard to take on this challenge by personally receiving training and studying. I’m lacking in a lot of ways, so I’m always amazed while watching senior actors on set and I’m giving my best in order to not cause harm. I’ll work harder.”

“Dr. Romantic” season 2 premieres on January 6 and airs on Mondays and Tuesdays at 10 p.m. KST.

In the meantime, watch the first season of “Dr. Romantic” now!

Bora
Dr. Romantic 2
How does this article make you feel?