“Stove League” tells the story of a pitiful baseball team called Dreams that has lost the sympathy of even its fans. Namgoong Min plays Baek Seung Su, the team’s new general manager who comes in to switch things up. Park Eun Bin stars as Lee Se Young, the only female baseball team manager in Korea who has been in charge of Dreams for 10 years. Jo Byeong Gyu takes the role of Han Jae Hee, Lee Se Young’s co-worker at the operations team who got the job through connections.

In one photo, Lee Se Young is scolding Han Jae Hee while gripping him by the ear. In another photo, Gil Chang Ju (Lee Yong Woo), a coordinator with extraordinary intelligence and insight, approaches them and greets them. Viewers are looking forward to the stories that will unfold for them during their overseas business trip. 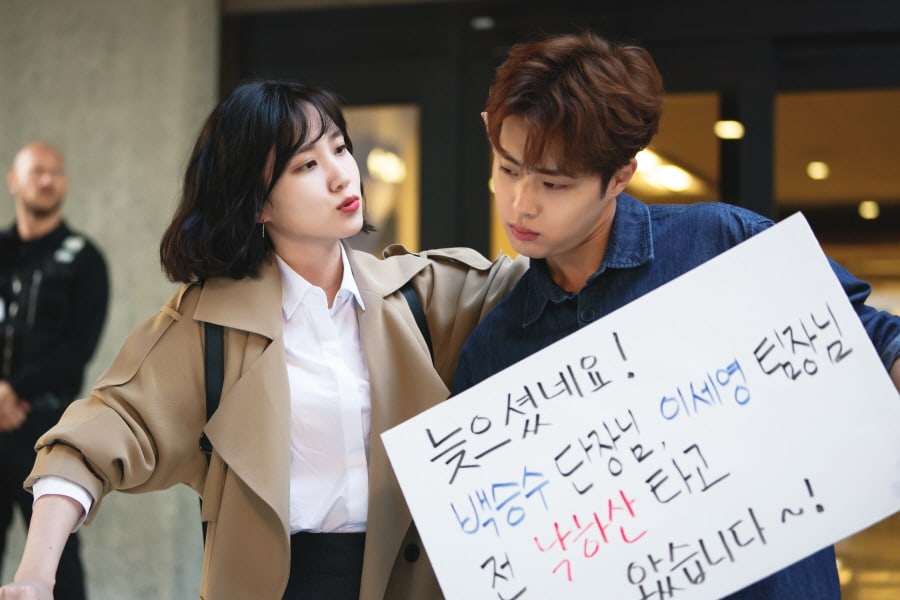 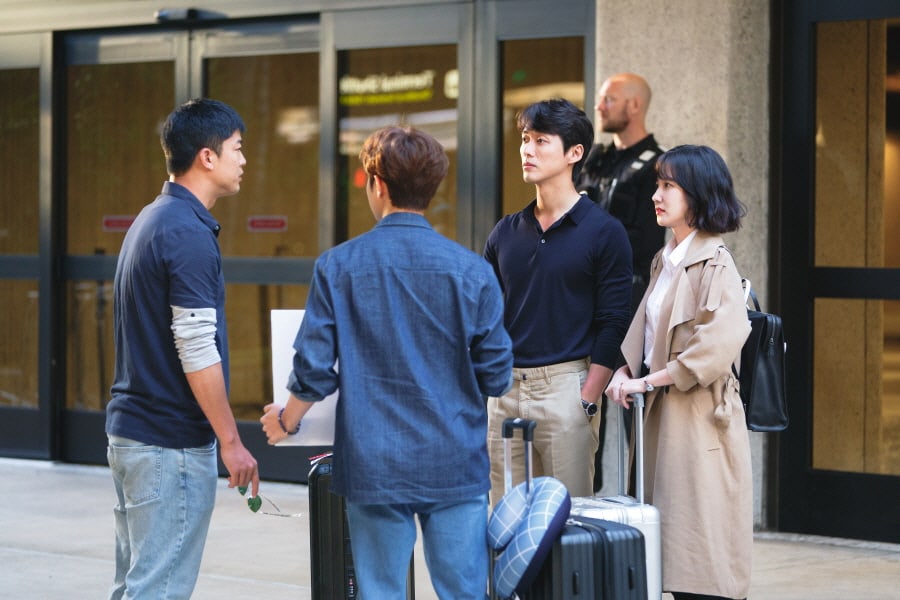 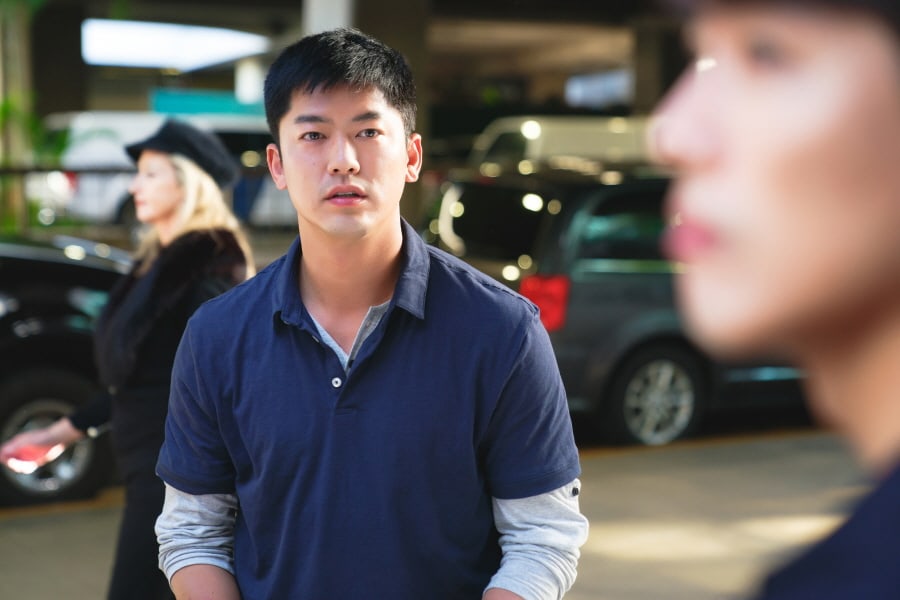 This scene was filmed on a location overseas in October. The four actors were more excited than tired to film abroad, and the clear weather and friendly locals created an “exciting” atmosphere on the film set. Thanks to the actors’ keen focus and passionate energy, they were able to finish filming smoothly.

The production crew said, “‘Stove League’ is trying not to portray a single baseball scene in vain. In order to better embody the story of the play, the scene was also staged in a foreign country with the actors Namgoong Min, Park Eun Bin, Jo Byeong Gyu, Lee Yong Woo, and more. Please watch to see what the hidden twist in the exotic scenery will be, and what will be the dramatic change of Dreams this time around.”