Si An won everyone over with his witty remarks on “Ask Us Anything!”

On the December 21 episode, Lee Dong Gook and Si An appeared as guests.

The cast members broke out into huge smiles when Si An walked out on set. Super Junior’s Kim Heechul said to Min Kyung Hoon, “When I see this, it makes me think that a baby who resembles me will be so cute.” 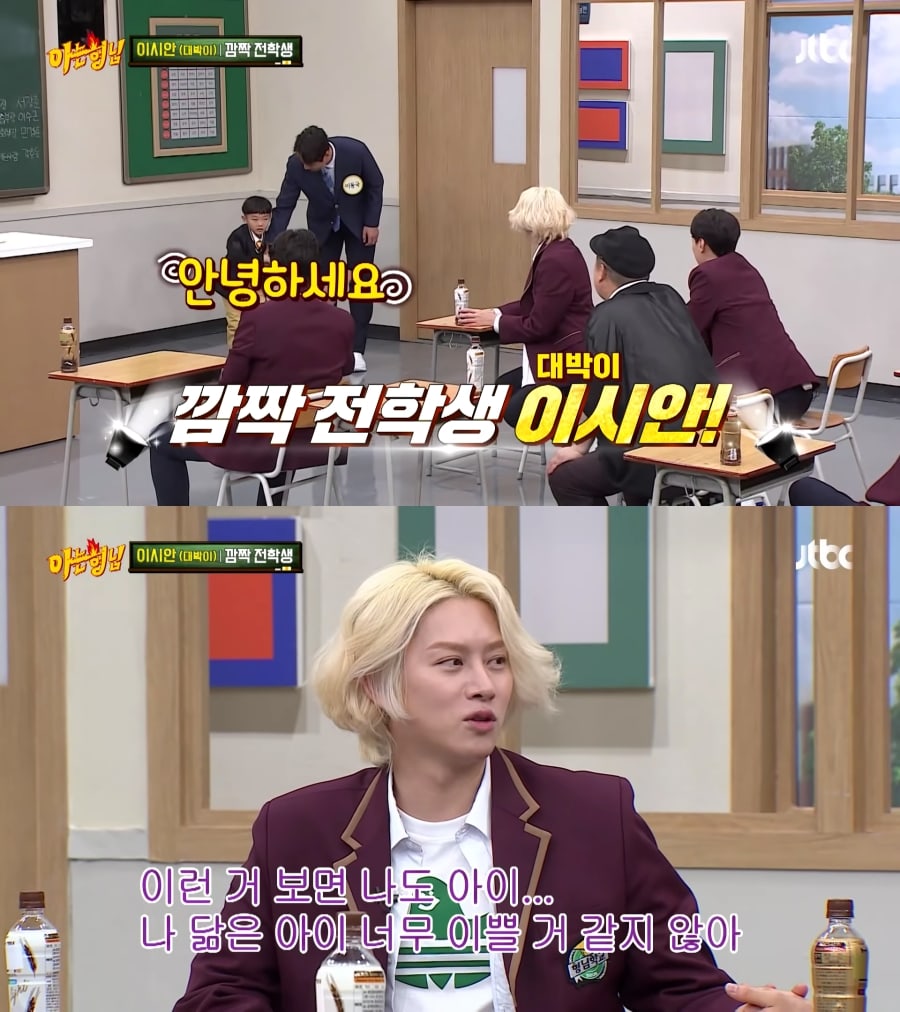 After introducing himself, he answered many questions from the cast with ease. Si An revealed he was in Strawberry Class at his kindergarten and that his dream is to become a soccer player. 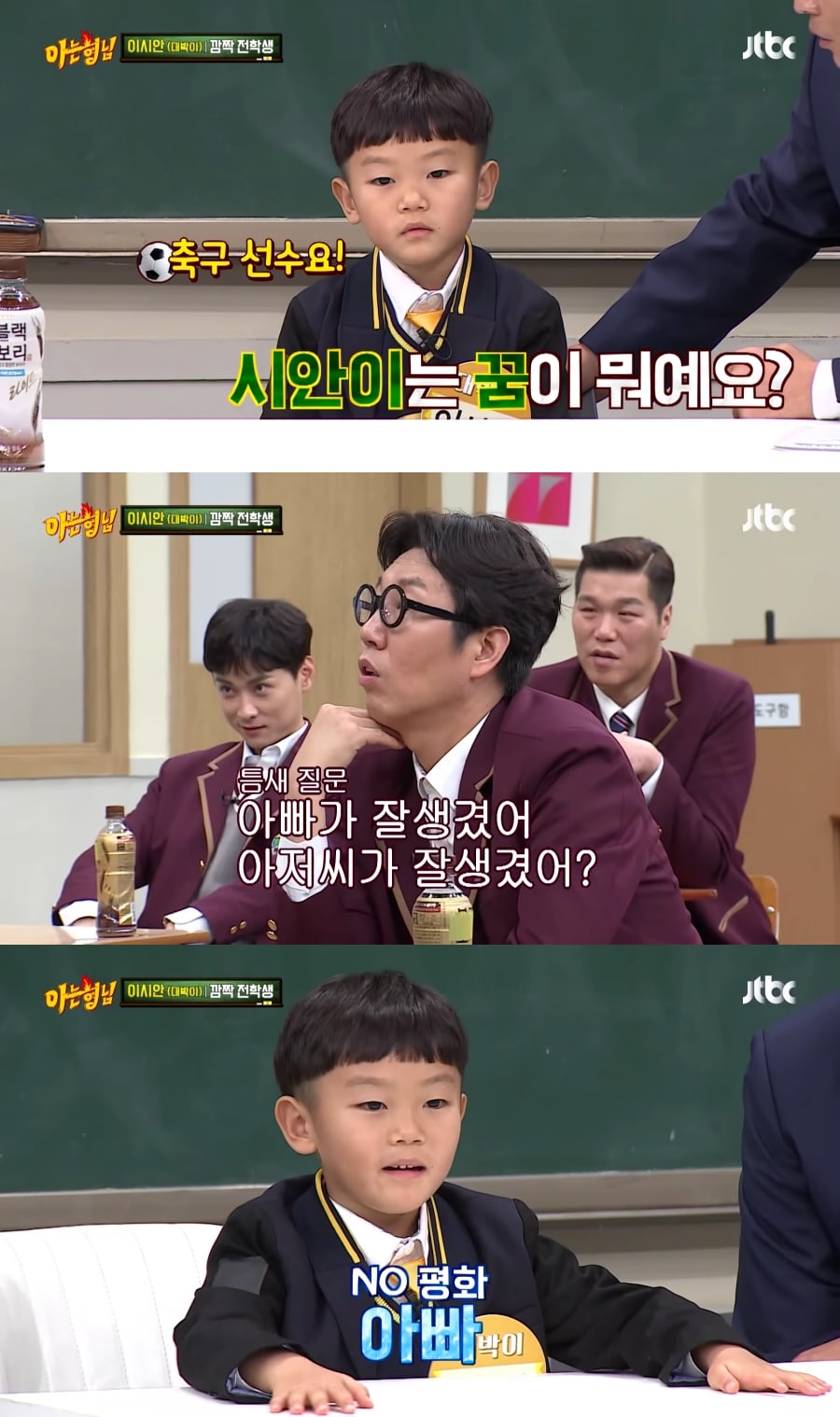 The cast then tried to guess questions about their guests including Si An’s favorite song. He gave them hints saying that this song is well-known amongst adults and a favorite of Seo Jang Hoon‘s. Lee Sang Min began singing Im Jae Bum’s “For You” (literal title), and Si An said, “Correct!”

The program then showed a clip of Si An singing the song at a park at night. When asked who he learned this song from, he answered, “It’s a song that Soo Ah likes.” Lee Dong Gook added, “All of the kids in our family like this song since it’s a song that their dad and mom likes.” Si An then sang his rendition of the ballad.

The cast and guests then moved on to the quiz segment of the show hosted by Super Junior’s Shindong. The members wrote down their best guesses for Si An’s favorite food including black bean noodles, soybean paste soup, kimchi, banana, cucumber, chicken, red ginseng, and fried pork cutlet.

Si An revealed his favorite food is red ginseng and Kim Heechul was the only one to get this right. Lee Dong Gook explained, “He started drinking packets of red ginseng juice recently.” Seo Jang Hoon commented, “That’s bitter” and Lee Dong Gook replied, “There are ones for kids.”

When asked why he likes red ginseng, Si An answered, “It’s good for you. It’s bitter, but delicious.” 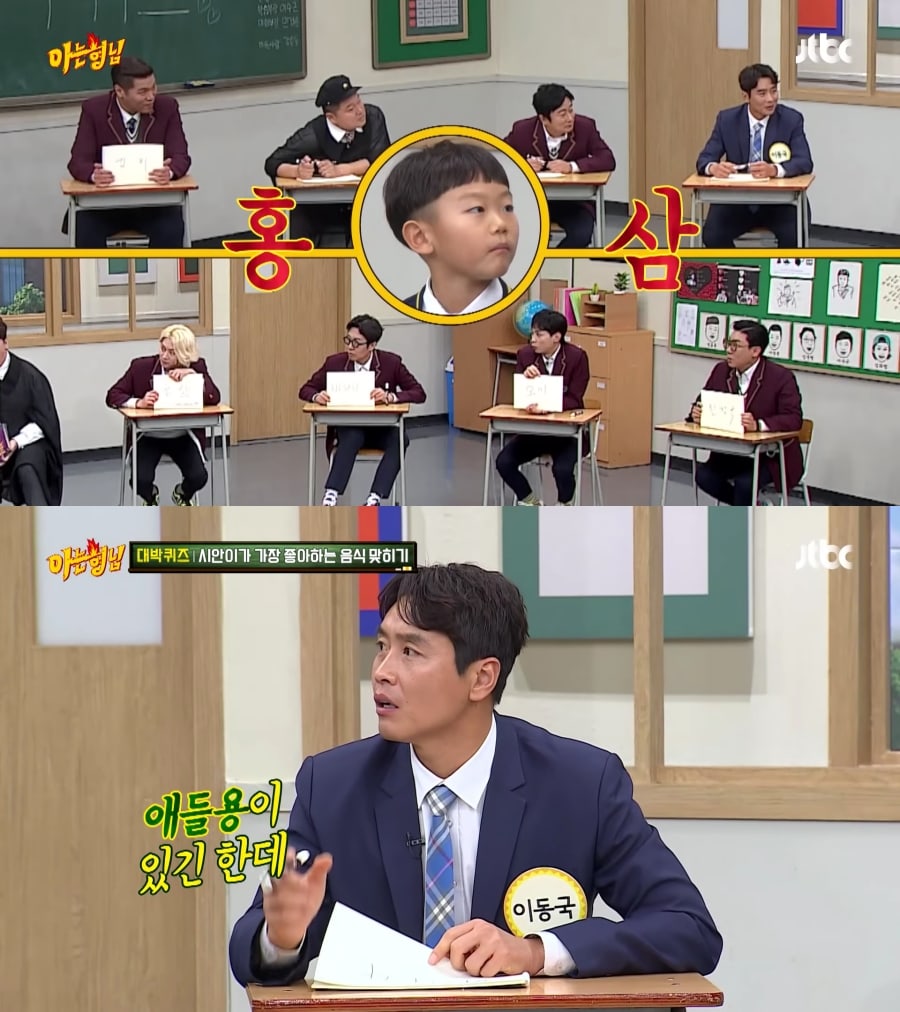