“Big Data Dating” is a romantic comedy that will tell the story of genius app developer Kim Seo Joon (played by Song Jae Rim), who has blind faith in big data. He falls in love with a romantic woman named Ahn Bit Na (played by Jun So Min), despite big data showing that they’re not compatible. The drama will explore the battle between the digital versus the analog and ask the question, “What will happen if big data controls our romantic relationships as well?”

In the drama, Kim Seo Joon develops a dating app that gathers a user’s search history and uses this big data to choose a compatible partner according to their interests and lifestyles. “Big Data Dating” will ask the question of whether big data can influence the emotion of love.

The producers of the drama commented, “We wanted to think about whether humans will be happier once the fourth industrial revolution gets mixed up with emotions like love.”

The newly released poster, which is designed to resemble a phone screen, features Song Jae Rim and Jun So Min looking at each other under the caption “We, who are not compatible at all, have met.” 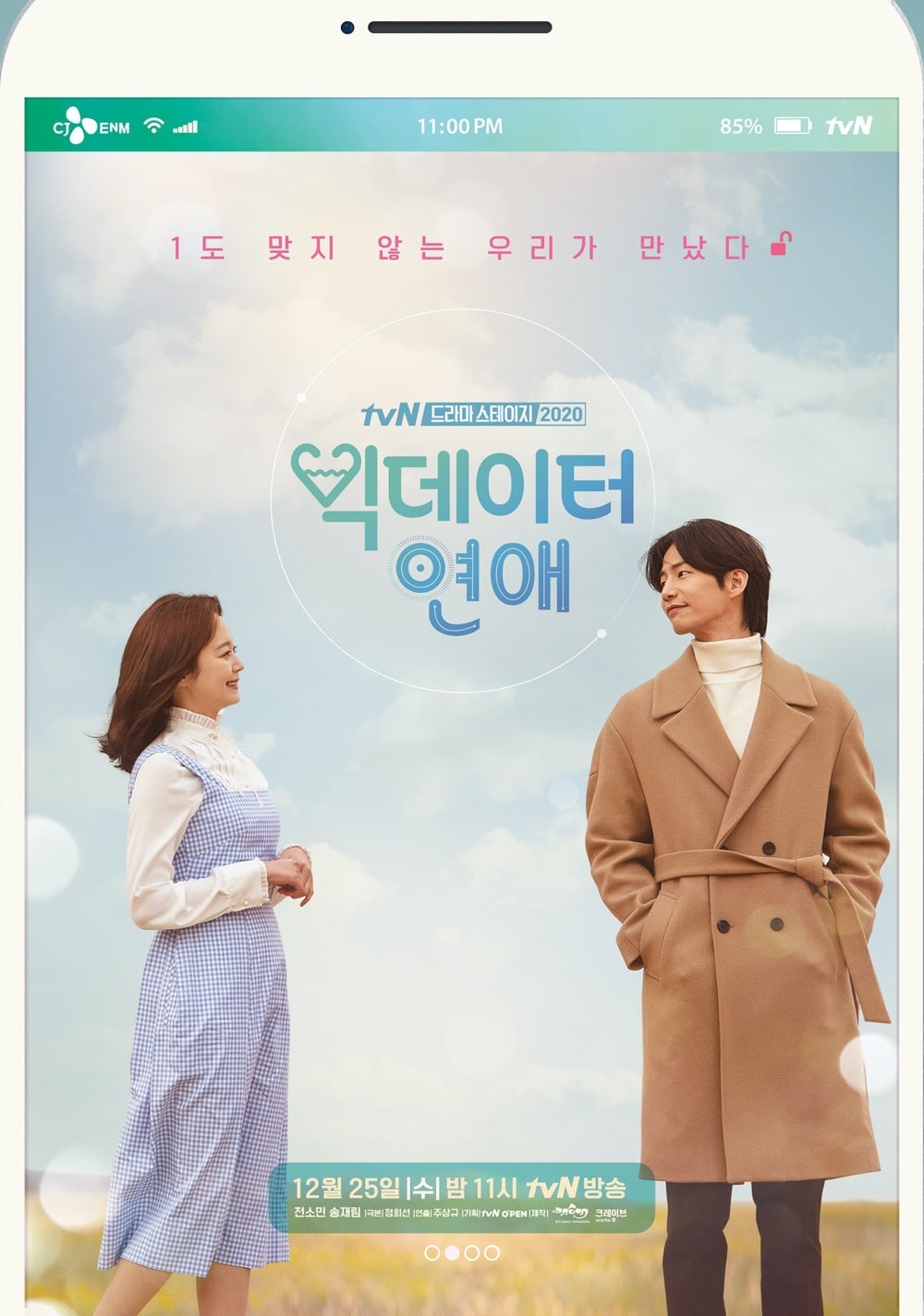 What influence will big data have on Kim Seo Joon and Ahn Bit Na’s relationship and will they be able to overcome their differences? Find out when “Big Data Dating” airs on December 25 at 11 p.m. KST as the fifth installment of tvN’s “Drama Stage 2020.” In the meantime, check out a teaser for the drama here!

You can also watch Jun So Min in “Running Man” here…

…and Song Jae Rim in “I Wanna Hear Your Song” here!

jun so min
Song Jae Rim
How does this article make you feel?