AOA showed off their cute chemistry with their manager on MBC’s “The Manager”!

On the December 21 episode of the reality show, AOA’s Seolhyun and Jimin appeared as guests at the studio and revealed their everyday life with their manager.

When asked what she thought their manager had said about AOA to the staff, Seolhyun replied, “Probably that we’re loud? Backstage, we often get complaints from the dressing rooms next door because we’re so noisy.”

Yang Se Hyung asked, “It it loud because of one person in particular?” and Seolhyun silently pointed to Jimin. 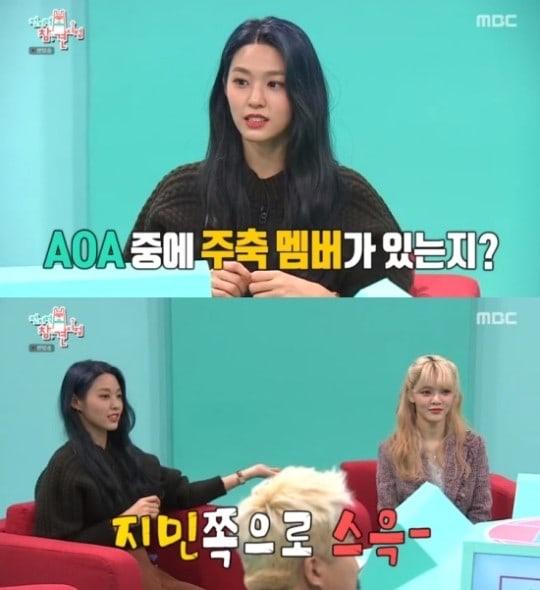 Song Eun Yi praised AOA by commenting, “Celeb Five benefited a lot from AOA. Jimin gave us advice and told us what not to do.”

AOA’s manager then appeared onscreen. During her interview, she said, “I began working as a manager with AOA, and I’m now in my sixth year. The AOA members are easygoing and full of energy. Because I’ve only ever worked with AOA, I’m curious if other girl groups are also like AOA.”

The panelists then watched footage of AOA after a performance. As soon as they stepped off the stage, the AOA members began talking loudly to one another as they made their way to their dressing room, and Jun Hyun Moo jokingly commented, “Every member speaks without stopping. It’s amazing.” 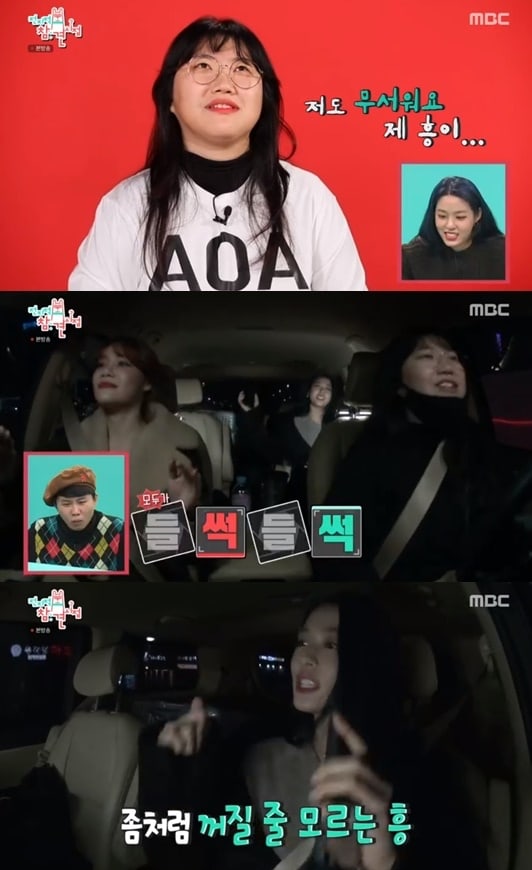 The girl group then attended a fan signing event. The manager was spotted wearing a face mask, and she explained that she started wearing the item after hearing that she doesn’t have a good expression on her face when she’s concentrating. Seolhyun and the other AOA members wore gifts that they received from fans and engaged in friendly conversations with them by asking lots of questions.

Jimin, who’s known as a big fan of “Frozen,” reacted joyfully when fans gave her gifts related to the Disney animated film. The manager revealed that Jimin is constantly singing songs from the “Frozen” soundtrack and even does her hair like Elsa.

After the fan signing event, AOA’s manager had dinner plans with other managers. She called the youngest manager and said, “Jimin may also come. You have to order food.”

Jimin remarked, “I live really close to the agency,” and she soon arrived at FNC Entertainment wearing pajamas underneath her coat without any makeup on. Her manager commented, “You’re definitely a neighborhood local.” The managers then feasted on tripe together, and Jimin, who had never tried tripe before, tasted the dish before commenting that it was delicious. Her manager replied, “Let’s eat this together at home next time.”

Check out a clip of the AOA members’ impromptu dance party in their car below!

AOA
Seolhyun
Jimin (AOA)
The Manager
How does this article make you feel?