Watch: Si An Proves How Well He Knows His Father On “Ask Us Anything”

Si An and Lee Dong Gook tested their bond on JTBC’s “Ask Us Anything”!

On the December 21 episode of the variety show, the beloved father-son duo from KBS’s “The Return of Superman” appeared as guests.

Si An joined the cast during the quiz segment to find his father. When Super Junior’s Shindong asked Lee Dong Gook how well he knows his son, Lee Dong Gook replied, “During the six years of his life, I spent the most time by his side, so you could say that I know everything about him.” As for Si An’s knowledge about his father, Lee Dong Gook commented, “He’s spent a lot of time with his father, so he probably knows almost everything, including my eating habits.”

Shindong then asked Si An if he knew a lot about his dad, and the child confidently answered, “Yes!” When asked about his dad’s favorite foods, however, Si An replied that he didn’t know what they were. He then made everyone laugh by adding, “Oh wait. Alcohol!” Startled, Lee Dong Gook told his son that he likes red ginseng before asking him the question again. Si An, who didn’t seem to get the memo, jokingly repeated his answer by saying, “Alcohol.” 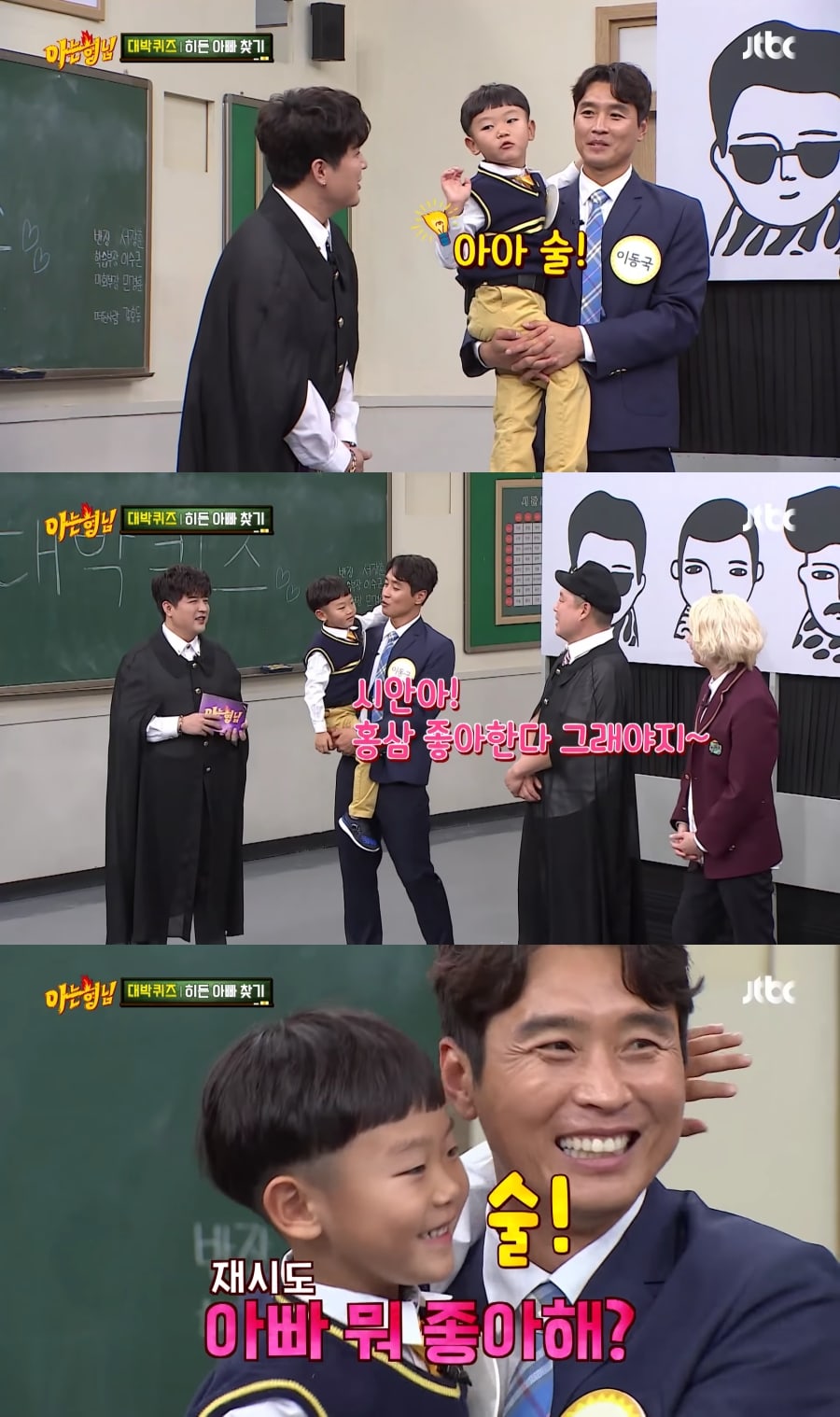 The cast members and Lee Dong Gook then sat behind a curtain and stuck their hands out, asking Si An to find his dad just by looking at the men’s hands. After a few quick glances, Si An chose the third hand without hesitation, successfully finding Lee Dong Gook.

Si An was then tasked with his finding his father by just looking at everyone’s feet. Shindong asked if he had seen his father’s feet often, and Si An answered, “No.” The cast members and Lee Dong Gook stuck their feet out from behind the curtain, and Si An looked for his dad’s feet.

Shindong asked Si An what he thought of the very last foot, which belonged to Seo Jang Hoon. Si An responded, “It looks too big. My dad’s foot isn’t this big.” Lee Soo Geun then snuck out to the front of the set and pulled on Seo Jang Hoon’s foot while pretending to be Si An.

After some pondering, Si An finally chose the sixth foot. Kim Young Chul initially pranked him by pretending like it was his foot, but it was finally revealed that Si An had successfully found his dad once again!