Update: JYP Entertainment Promises Strong Legal Action After Incident At Airport With GOT7

JYP Entertainment has released a statement following fans’ unsafe behavior at Qingdao International Airport with GOT7.

The agency’s statement reads as follows:

Today, at Qingdao International Airport in China, there was an incident in which our artist fell due to disorderly and illegal activities that violated on-site staff guidance and guidelines.

As we have previously announced, “following artists at the airport after immigration inspection” and “causing any type of trouble in relation to the artists’ safety” are officially prohibited according to the blacklist rules. For those found guilty of engaging in such acts, we have announced permanent blacklisting measures, including a ban from participating in all activities and events. (Refer to GOT7’s blacklist notice.)

We inform you that we will be taking strong action against illegal acts that occurred today in accordance with the Criminal Act and the Minor Offences Act.

If you have any information regarding this matter, please email us (fan@jype.com) and we will review it for strong, legal action.

We will do our best to ensure that the safety of artists, fans, and the general public is not threatened by those who continue to engage in illegal activities that cross the line.

GOT7’s Jackson has made a request to fans to be safer in airports.

On December 22, Jackson took to his Instagram story to ask fans to be more careful, expressing his concern that fans and other people in the airport might get hurt. His statement reads as follows:

Hello there. Those who run and carry big cameras to take pictures in airports. Please be careful. Your safety, my safety, everyone’s safety.

Let’s not mention what happened today anymore, but if it happens again, other people might get hurt and what if you got hurt?

For you, for me, for everyone. 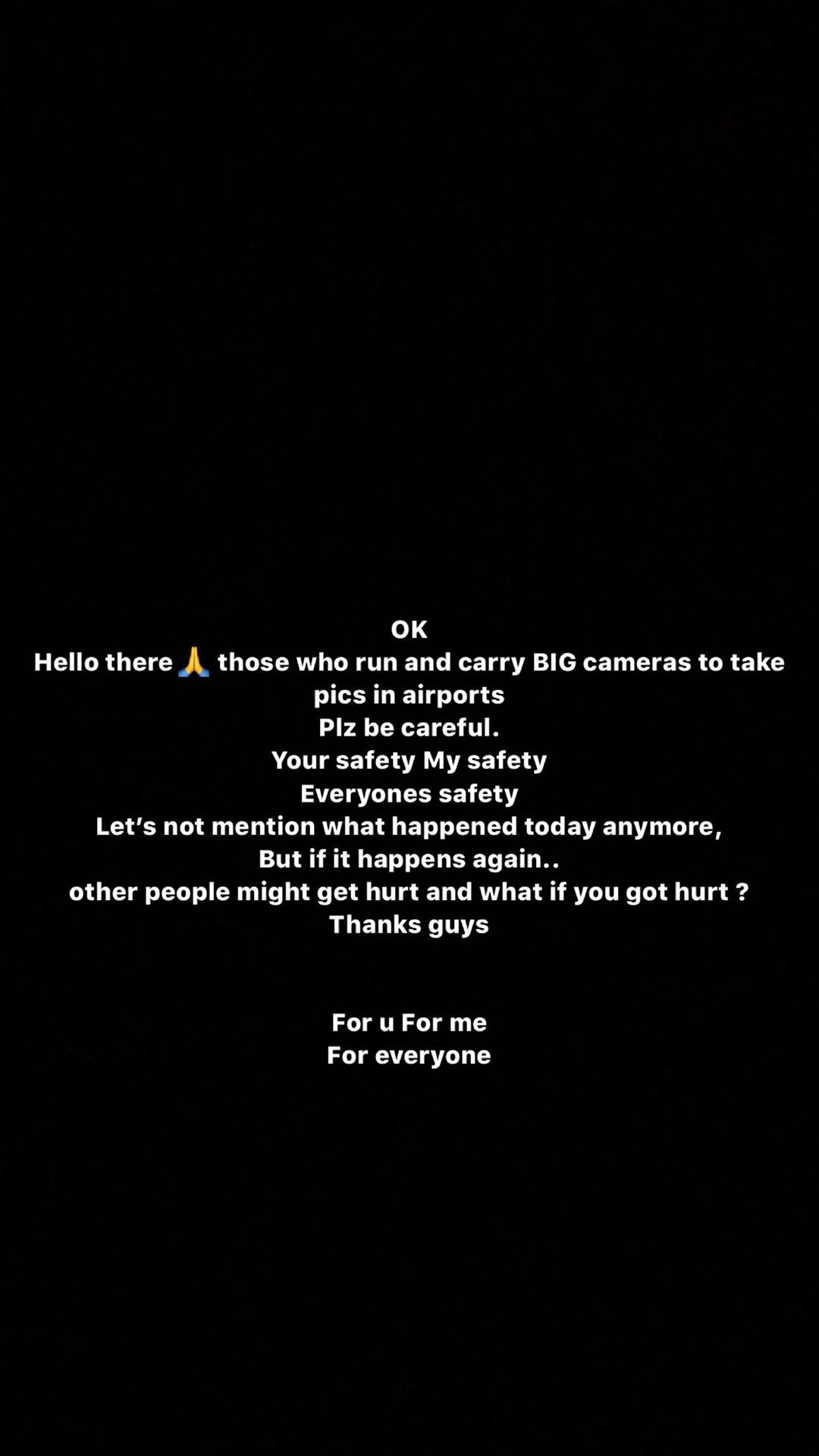 GOT7
Jackson
JYP Entertainment
How does this article make you feel?