During the December 22 broadcast of the SBS variety show, Ryan Reynolds and his “6 Underground” co-stars Mélanie Laurent and Adria Arjona appeared as special guests.

When Adria Arjona talked about her musician father, Kim Jong Kook asked, “Do you know any Korean music?” Ryan Reynolds immediately joined the conversation as he pointed at Adria Arjona’s shoulder and joked, “Show them your BTS tattoo!” 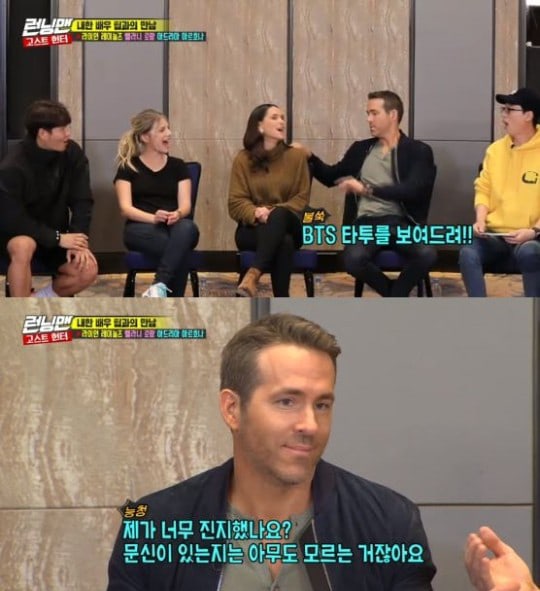 The actor continued to joke around as he said with a straight face, “I have an EXO tattoo on my lower back.” He then stood up from his seat and told Yoo Jae Suk, “I’ll only show you.” Yoo Jae Suk was taken aback, but he laughed and commented, “A worldwide star just showed me his skin.” 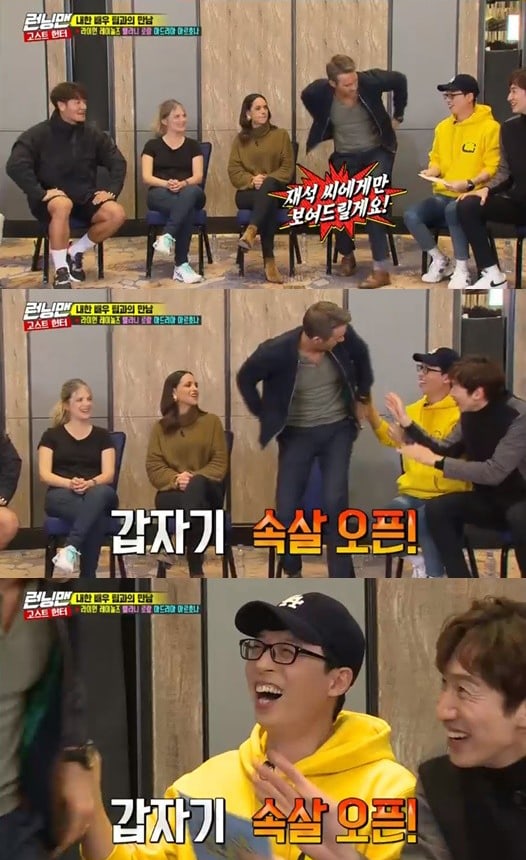 Ryan Reynolds
Running Man
Adria Arjona
How does this article make you feel?