On the December 22 episode of the reality show, the singer appeared as a special MC to promote his musical “The Man Who Laughs.” After saying hello to the panel of celebrity moms at the studio, he introduced himself and received lots of praise about his handsome appearance.

MC Shin Dong Yup said, “Last time, Heechul‘s mother said that he’s the visual of Super Junior,” before asking Kyuhyun which member was the visual of the group. 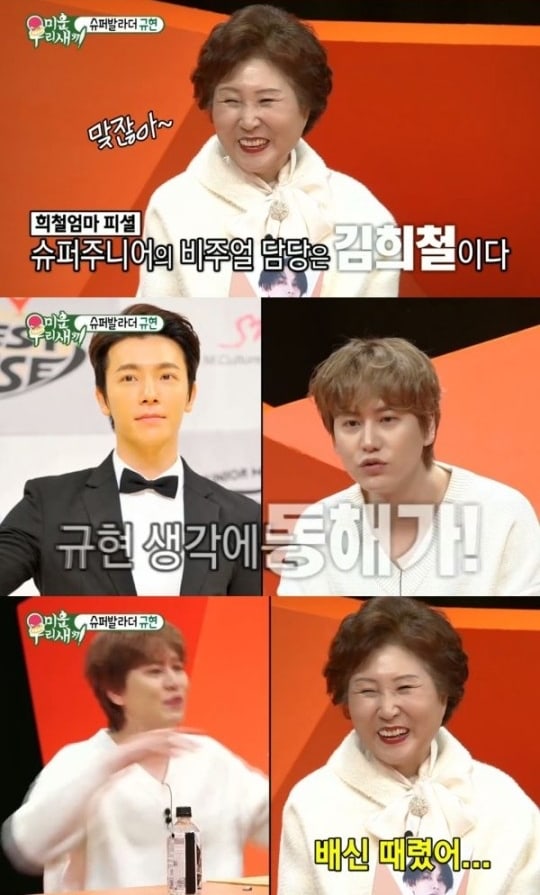 Kyuhyun went on to talk about “The Man Who Laughs,” explaining, “It’s a musical about a person whose mouth was ripped like the Joker after an incident and his fight for equality. It’s my first [musical] production after being discharged from the military.” He then melted the hearts of the moms by serenading them with a song from the musical.

MC Seo Jang Hoon then asked, “I heard that Super Junior once ranked the members of the group in order of craziness.” Kyuhyun replied, “There’s a saying: ‘There may be members of Super Junior who are less crazy, but there are no members who are sane.’ During my school years, I was in a band and had a lot of friends, so I thought that I was unique. But after seeing our members, I realized that I’m an ordinary person.”

As for the top three craziest members of the group, Kyuhyun chose Leeteuk, Yesung, and Choi Siwon. When Seo Jang Hoon asked, “Kim Heechul doesn’t make it into the top three?” Kyuhyun explained, “Heechul is an ordinary person who pretends like he’s crazy.” 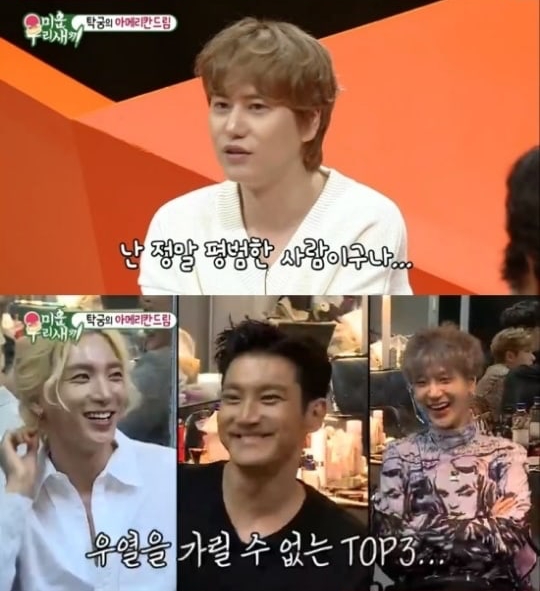 Watch last week’s episode of “My Ugly Duckling” with English subtitles below!

Super Junior
Kyuhyun
My Little Old Boy
How does this article make you feel?