Chief producer (CP) Kang Bong Kyu of KBS 2TV’s “The Return of Superman” shared his thoughts on the success of the show.

At the 2019 KBS Entertainment Awards on December 21, the fathers on “The Return of Superman” took home the Daesang.

In an interview with News1 on the following day, the CP began, “I think that the Daesang was given not only to the fathers, but also to the children and mothers who give material and emotional support behind the scenes. It would only be right to think that Lee Dong Gook and Jang Beom June’s family also received it In addition to those who attended that day.” 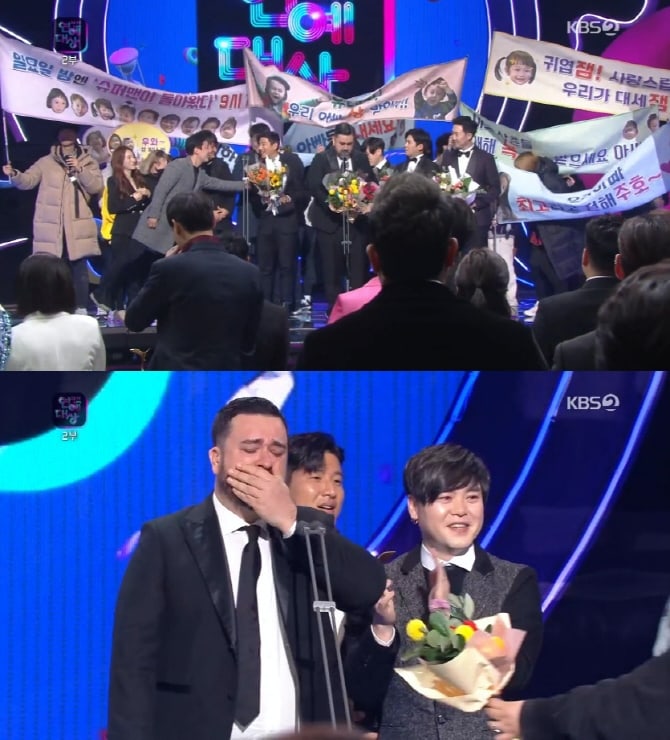 “‘The Return of Superman’ had to abruptly fill in the void of ‘2 Days & 1 Night‘ in April, so we were doing a good job keeping that spot, but we had to return that spot again and moved to a time slot that’s known as a tough spot for variety shows,” said the CP. “I think they’re telling us to ‘reclaim the land’ and giving us strength to work hard. I also think that we received the award thanks to the hard work of Dae Bak’s (Si An’s) family, Gun-Navely (Gun Hoo and Na Eun), Wil-Bengers (William and Bentley Hammington), Ra-Ra sisters (Ra Won and Ra Im), JamJam, Yeon Woo and Ha Young, and the viewers who loved them.”

Park Joo Ho’s award acceptance speech became a hot topic after he revealed that his wife Anna was pregnant with their third child. CP Kang Bong Kyu said, “We knew about Anna’s pregnancy for a while. She’s currently in Switzerland to give birth. Park Joo Ho said that he would personally say this if he got the chance to at the Entertainment Awards. We’re wishing everything goes well with Anna’s delivery and that the baby will be born safely.”

As for the potential appearance of the third child on the show, the CP replied, “After the baby grows up in good health and can go outside of the home, we hope they will join the ‘The Return of Superman’ family and give joy to viewers.” 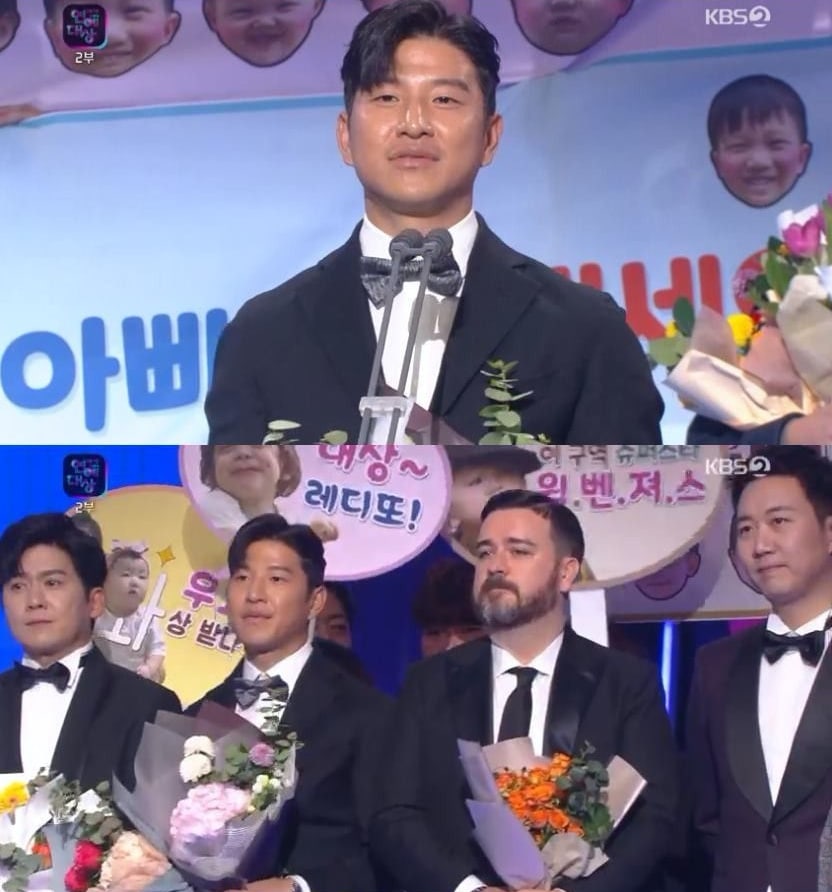 In addition to receiving the biggest award of the night, “The Return of Superman” swept the show by winning the Viewers’ Choice for Best Program, Excellence in Show & Entertainment, Best Icon, and Writer awards. CP Kang Bong Kyu said, “I felt proud that we were getting acknowledged by viewers and colleagues of the variety show department, but I also felt a bigger responsibility of having to do a good job at maintaining this. There are many programs in our variety show department, and my colleagues exert all efforts to make them. Because I know everyone is going through a lot, I felt sorry and grateful.”

Lee Dong Gook’s beloved family of five children left the show in October after being on the show for four years. “After the schedule [for the Entertainment Awards] was released, I invited Lee Dong Gook’s family,” said the CP. “I really hoped they’d attend, but they couldn’t come due to a prior engagement, so everyone on our team missed them.”

“The Return of Superman” currently airs at a new time slot of 9:15 p.m. which is known as a very competitive spot on Sunday nights. Despite this, the program has recorded double-digit viewership ratings. CP Kang Bong Kyu said, “I was really concerned because shows in the same time slot, such as ‘My Ugly Duckling‘ and ‘Gather to Kick’ (literal title), have established fan bases. There were also many comments about the changed time slot. But sending us to the tough spot meant that [KBS] trusted our content, so we thought we should go for it. We moved with the feeling of creating something new like when we launched the show in 2013, and I feel grateful to viewers that we were able to maintain two-digit viewership ratings since the first broadcast.”

He continued, “I feel like it was inconsiderate to viewers who felt comforted by watching ‘The Return of Superman’ on Sunday afternoons and have no way to express how sorry I am. I’d be grateful if you could watch it during the 9 o’clock time slot as well if you’re able to.”

Expressing support for ‘2 Days & 1 Night Season 4,” the CP said, “As someone who kept the slot of ‘2 Days & 1 Night,’ I would’ve felt upset if that house had come crashing down, so we also feel happy that the new season is turning out well after its launch. We feel thankful to the ‘2 Days & 1 Night’ team.” 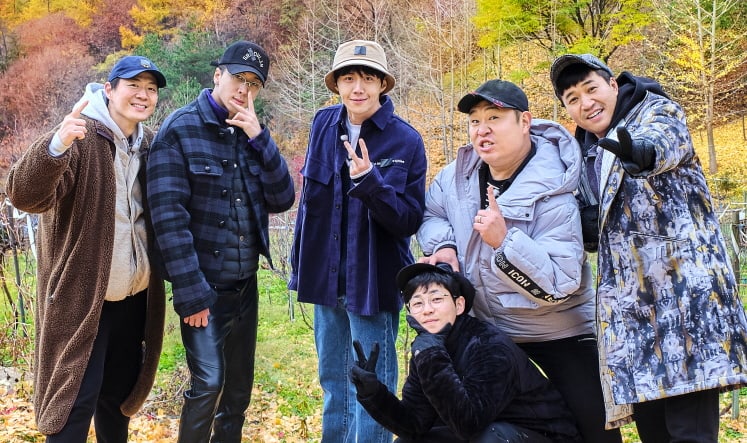 He concluded, “I think KBS variety shows settle in their place and become acknowledged after four to five years of smooth broadcasting. It takes a long time [until it gets recognized], but it’s a system in which there’s a high level of trust. It’s now been over six years since ‘The Return of Superman’ has been on air, and I feel that we’ve played quite a significant a role in the variety show department. The most important values we held during the six years were the children’s safety and health. We plan to continue doing a good job as we have done until now.”

Watch “The Return of Superman” now!