Jang Nara and Pyo Ye Jin will be sharpening their claws for the upcoming battle of pride and love in “VIP”!

In the SBS drama, Jang Nara plays Na Jung Sun, the wife of Park Sung Joon (Lee Sang Yoon), while Pyo Ye Jin plays Ha Yoo Ri, Park Sung Joon’s “other woman.” In the beginning, the two had a warm co-worker relationship, but after it was revealed that Ha Yoo Ri was the one involved in the “private scandal” with Park Sung Joon, they are now at odd’s end.

In the previous episode, Na Jung Sun learned from Lee Myung Eun (Jeon Hye Jin) that Park Sung Joon is managing the vice-president’s (Park Sung Keun) women while handling and possessing the shares under borrowed names. Na Jung Sun was given the offer to cause the downfall of the vice-president, Park Sung Joon, and Ha Yoo Ri with the information. The viewers are wondering what decision she will make and how she will stage her plan of revenge.

On December 23, the drama released new stills of Na Jung Sun and Ha Yoo Ri. In the photos, Na Jung Sun is taking a break from work when Ha Yoo Ri abruptly enters the room and demands her to divorce Park Sung Joon. Ha Yoo Ri provokes her without any hesitation, and Na Jung Sun coldly stares at her in response. 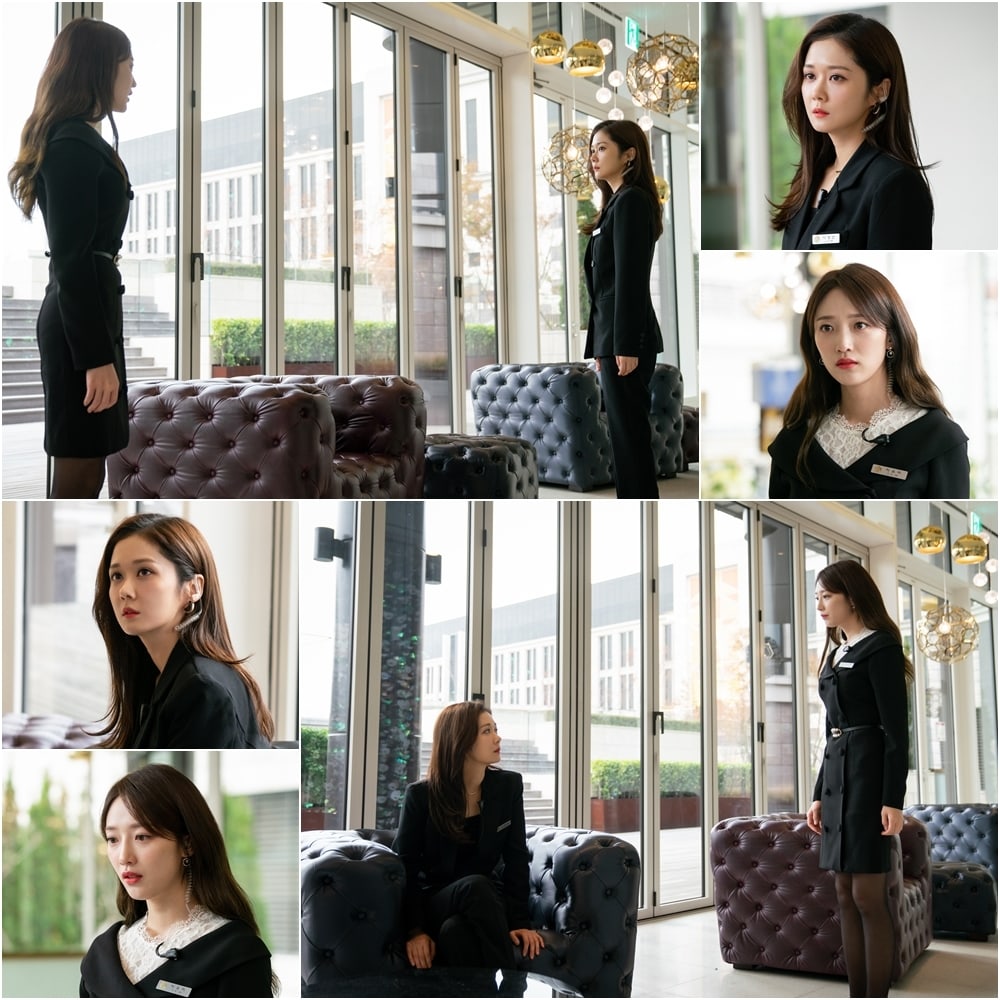 This confrontational scene was filmed at a hotel located in central Incheon in October. With only one day left of the last filming, Pyo Ye Jin stuck to Jang Nara’s side as soon as she arrived on the set. Since then, the two actresses showed off their sisterly chemistry by holding hands and showcasing their cute charms. However, once filming started, they transformed into their respective characters and treated each other with loathing and tension.

The production crew shared, “The episode airing on December 23 will feature an eye-catching Black Society event as well as the essence of ‘private office melodrama.’ The actors will deliver a story of tension with their best teamwork. Please watch until the end.”

Catch up to the latest episode below:

Jang Nara
VIP
Pyo Ye Jin
How does this article make you feel?