Red Velvet Becomes 1st Girl Group To Hit No. 1 On US iTunes With 3 Albums In Only A Year

Red Velvet has broken a record for girl groups worldwide!

This means Red Velvet has now made history, becoming the first girl group to reach No. 1 on the chart with three albums in a year! 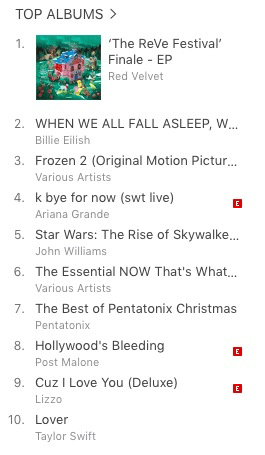 Stay tuned for updates on their iTunes achievements from all over the world, and check out their comeback with the title track “Psycho” here!