On December 23, the tech giant announced that it would be getting rid of related searches for people on Daum and Kakao Talk’s “tab.” It will also be restructuring its “suggestions” tab which automatically completes user’s searches.

In addition, Daum will no longer show the realtime trending searches on its portal site starting February 2020. This comes after the company’s decision to remove the comment feature for articles and pages related to entertainment news in October which was implemented to protect people from defamation and safeguard their privacy.

Related searches and suggestions are services that provide a variety of information and increase the ease of searching. Kakao, however, came to the conclusion that invasion of privacy, defamation of character, and serious side effects were occurring as a result of these features as they became linked with people.

Even if these words were being searched by many people, the related searches and suggestions can feature already-cleared suspicions, fake news, or private information the person in question does not want to reveal. This feature also became an issue because it induced users to repeatedly search these words and continued a cycle of self-restoration for these search words, which is an invasion of one’s right to have information about them be forgotten. Critics pointed out that unfavorable information was exposed and there was a potential that this kind of information might be used to create sensationalized content.

Kakao and Daum have now reformatted the portal site so that related searches no longer show up when users search for a person. As for the suggestions, the only things that show up are the person’s official profile and informational keywords. The database is continuously updated and one can contact Daum’s customer service center to request the deletion of related search words not pertaining to the new criteria above. 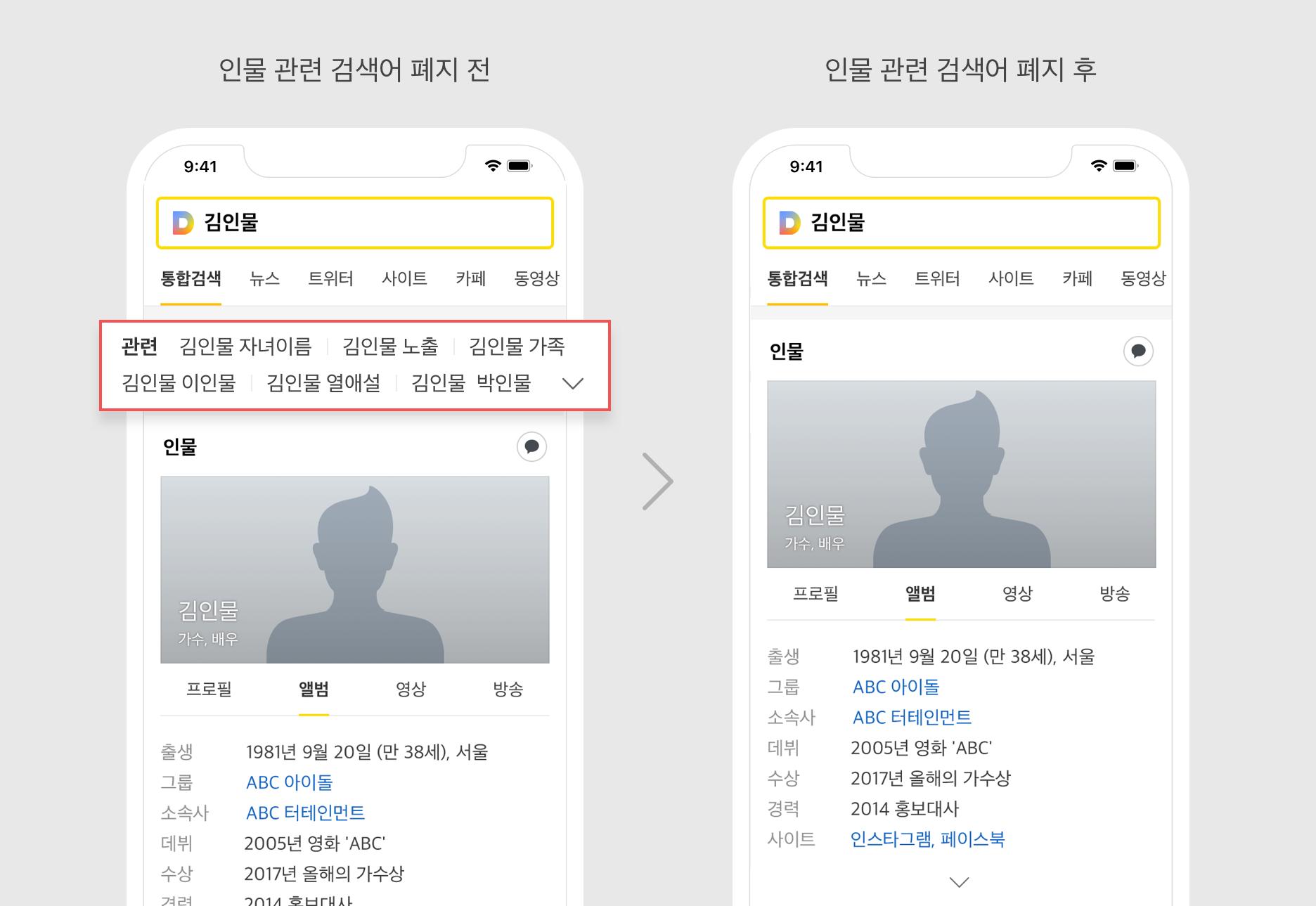 Starting February, Daum will also get rid of its realtime trending searches. This service shares information that citizens need to know immediately such as disasters or breaking news, as well as other users’ interests and societal issues. Kakao, however, came to the conclusion that realtime trending searches were working outside of this goal and losing its true function.

The company also added that it was preparing a news and search service that stays true to its original objective and stops side effects, indicating that the company will be implementing users’ reactions and opinions as its foundation to protect users’ rights as it moves forward in the future.

Daum
kakao
How does this article make you feel?