Naver’s V Live has released some of the top content and channels of 2019!

The live streaming platform announced that in 2019, there were 11,389 hours of live broadcasts, 360 million comments made by fans, and 150 billion hearts pressed by viewers!

The Most Played Live was BTS member V’s June 7, 2019 broadcast, which has over 500 million views.

The broadcast with the most hearts is MONSTA X’s comeback show for their October mini album “Follow: Find You.” It has 1.39 billion hearts.

The V Live broadcast with the most comments this year was J-Hope’s February birthday countdown, which has over 8.8 million comments.

The longest time a channel has held a V Live this year is six hours, which was achieved by KARD in December. 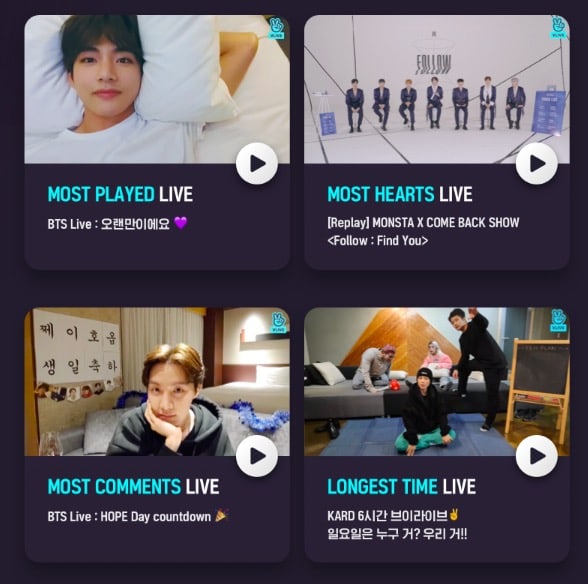 The “V COOKIE LieV Best” title went to SEVENTEEN’s LieV broadcast, and the V Original Best title was given to “A-TEEN2” episode 20.