ASTRO’s Sanha And MJ Reveal Members They Want To Form Units With, 2020 Goals, And More

ASTRO’s Sanha and MJ featured in a recent pictorial with Marie Claire!

In the accompanying interview, the two members were asked to describe each other. MJ said, “Sanha is the youngest member, but he’s not the type to make you worry. He does his best to do what’s required of him, and he does his share. He always works very hard, so we’re always very proud of him.” Laughing, MJ added, “We think he learned from watching the other group members.” Sanha said, “So he’s basically complimenting himself.” Describing MJ, he said, “MJ is the oldest member. We’re six years apart, but he always treats me like a friend, and I’m thankful. At 26, I don’t know where his energy comes from, but he always takes on the role of raising the team mood.” 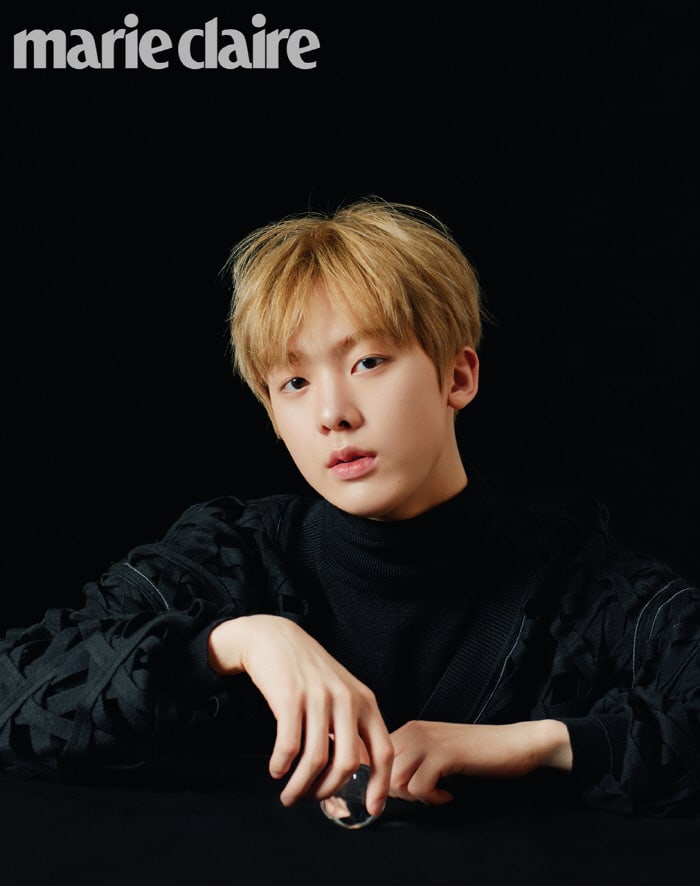 When asked to choose which of their songs fits their own style the best, MJ said, “‘Role Play’ from our ‘All Light’ album. I think ‘Blue Flame,’ the title for our recent album, is also a good fit.” Sanha said, “We have a lot of dance songs as our title tracks, but personally, I like ballads. I think the song that fits me the best is ‘You’re My World’ from our recent album. If the opportunity arises, I’d like to make an album with a vocal unit like BTOB did.”

On who they’d like to try creating a unit group with, MJ said, “Rocky and I are really different in voice, vibe, and personality. So I’d like to try a unit with him. I think if our different personalities meet, we could make a charming group.”

Sanha said he’d like to try making a band with JinJin and Moonbin. “JinJin would play the drums, I would play guitar, and Bin would sing.” 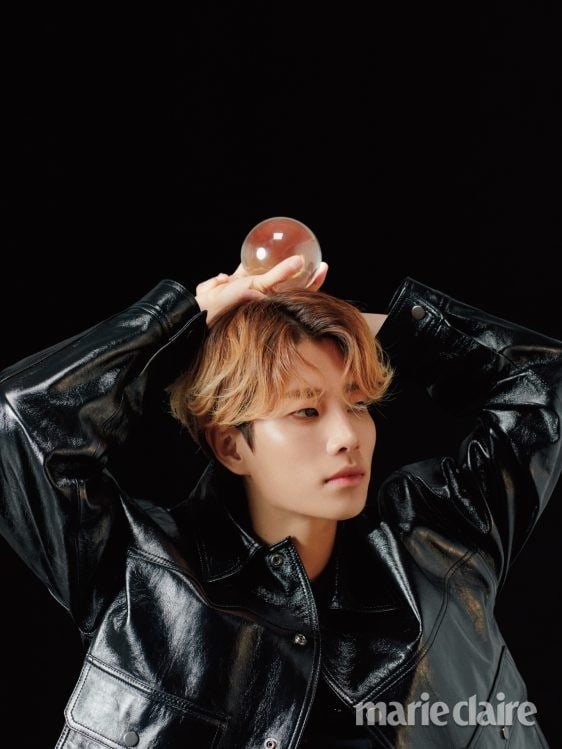 Revealing personal and group goals for the new year, Sanha said, “I wanted to master a foreign language in 2019, but I wasn’t able to. I want to do it in 2020. For a group goal, I want ASTRO to become more famous. I’m going to work hard with that in mind, because we have a long way to go.”

MJ said, “My personal goal is to get six-pack abs.” Sanha quipped, “But you don’t even try.” MJ said, “That’s not true. I diet whenever we’re promoting, but it’s hard.” MJ revealed that his goal for the group is to have a concert more than once a year. He said, “So far we’ve only done one a year. In 2020, I want to us to do one in the summer, and one in the winter.” 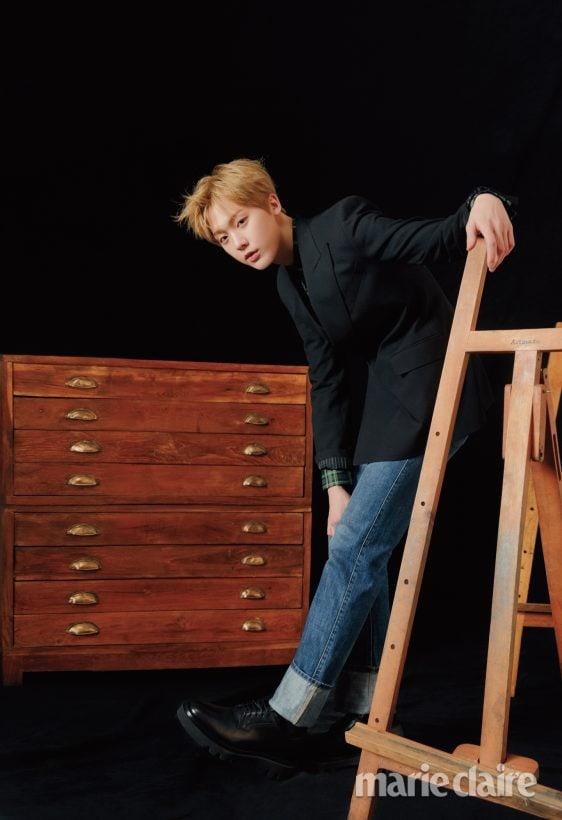 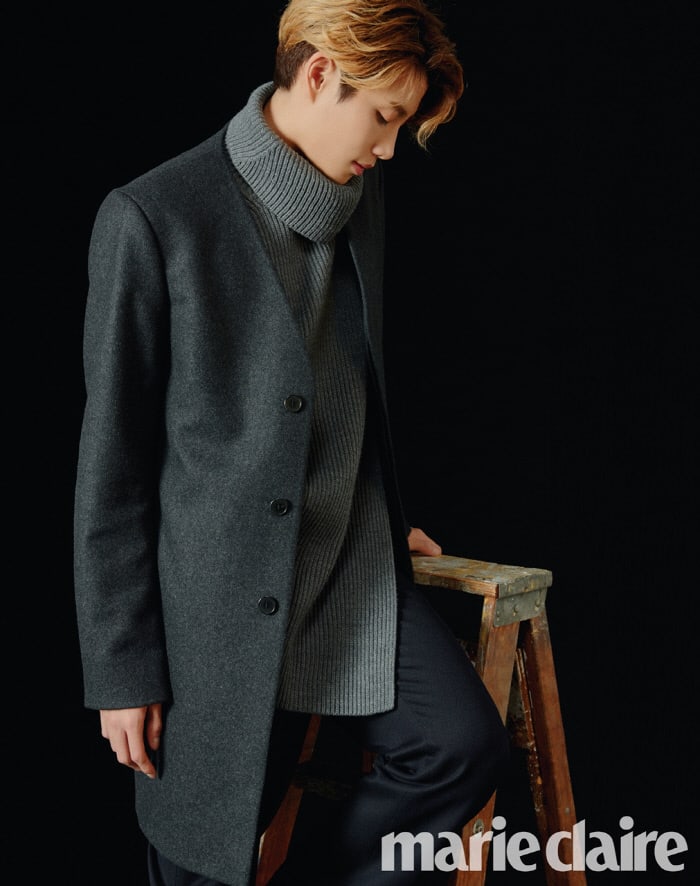 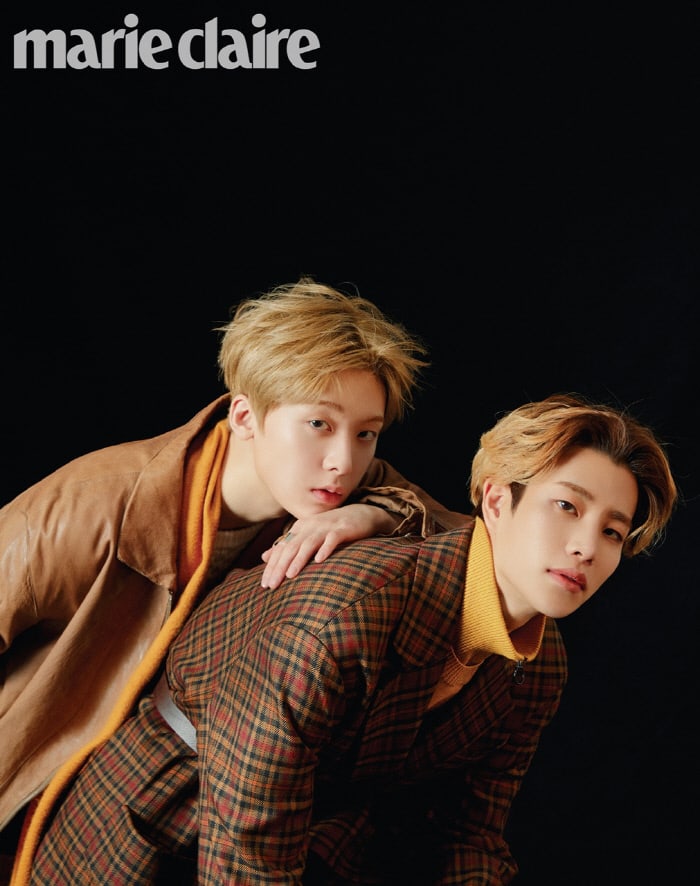 ASTRO
MJ
Marie Claire
Sanha
How does this article make you feel?