“Stove League” tells the story of the management team behind a failing baseball team named Dreams, which has come in last place in the league several years in a row.

Park Eun Bin has played various characters and acted in diverse genres over her long acting career of 21 years. This time, she plays the longtime manager of a baseball team named Lee Se Young, and it is rumored that she has a soft spot for baseball.

The actress said, “I only knew about the rules of baseball, so I started studying baseball in earnest after taking the role of the head of the management team. Using reference materials, I studied the terms I didn’t know or concepts I had to explain through the script.”

Park Eun Bin added, “When I first set up the character Lee Se Young, it was the baseball fans’ GIFs that helped me the most. It was wonderful to see the fans gathered to express their love for baseball in various situations, including enthusiastically cheering, getting angry at the team’s mistakes, and enjoying their intuition. I was inspired by those images and tried to reflect them inside the character.” 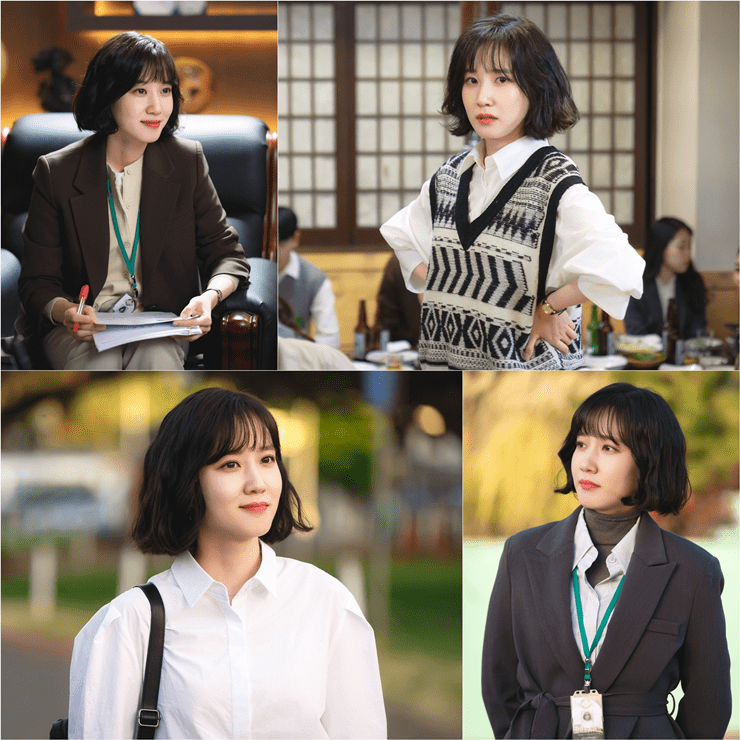 Her sincere love for baseball, stable and delicate acting skills, and unique bright and positive energy are creating synergy on set. Viewers will continue to watch her as she grows and matures in her role as the manager of a baseball team.

“Stove League” airs every Friday and Saturday at 10 p.m. KST.

Watch the latest episode of “Stove League” below!

Park Eun Bin
Stove League
How does this article make you feel?