ONE Talks About Establishing One-Man Agency After Leaving YG, Goals As Musician And Actor, And More

Marie Claire released its pictorial and interview with rapper-actor ONE!

ONE set up his one-man agency Private Only after parting ways with YG Entertainment earlier this year. Describing some changes in his life, he said, “I became used to going around by myself. Coming to a studio like today without a person accompanying me was unimaginable in the past. It feels as if a safety net has disappeared and there are more things that come to me directly, so it’s more painful when it’s painful and more joyful when it’s joyful. The biggest reason why I established Private Only was because I wanted to be someone of help after seeing good artists experience difficulty after entering a large agency or not being able to make music to their heart’s content. It’s not at the stage where other artists can join yet, and I think it’s more important that I become situated first.”

In November, ONE released his first album “PRVT 01” under his new agency. “I couldn’t fully enjoy it during the moment my new album was released because I was working on something immediately after it,” he said. “It was just to the point where I thought, ‘It’s coming out. It’s starting now.’ The public is seeing ‘PRVT 01’ for the first time when it’s released, but I had repeatedly listened to it and it’s out of my hands once I send it to the distributor. So I let it go after it was completed.”

He explained, “It has a total of 16 songs. There is a large quantity of songs, but it has an overall sense of unity. I worked with three producers. It was mostly made up of music from Ian Purp’s trap and Saint Leonard’s rock. I like both vibes, so I want to continue working with them in the future. I’ve been working with GXXD for three to four years, and we’ve made about a hundred songs together. If I had to choose a keyword to describe the main theme of ‘PRVT 01,’ it would be ‘honesty.’ I didn’t consider many things and didn’t think about the title track, and it was something that was possible because it was my first attempt.” 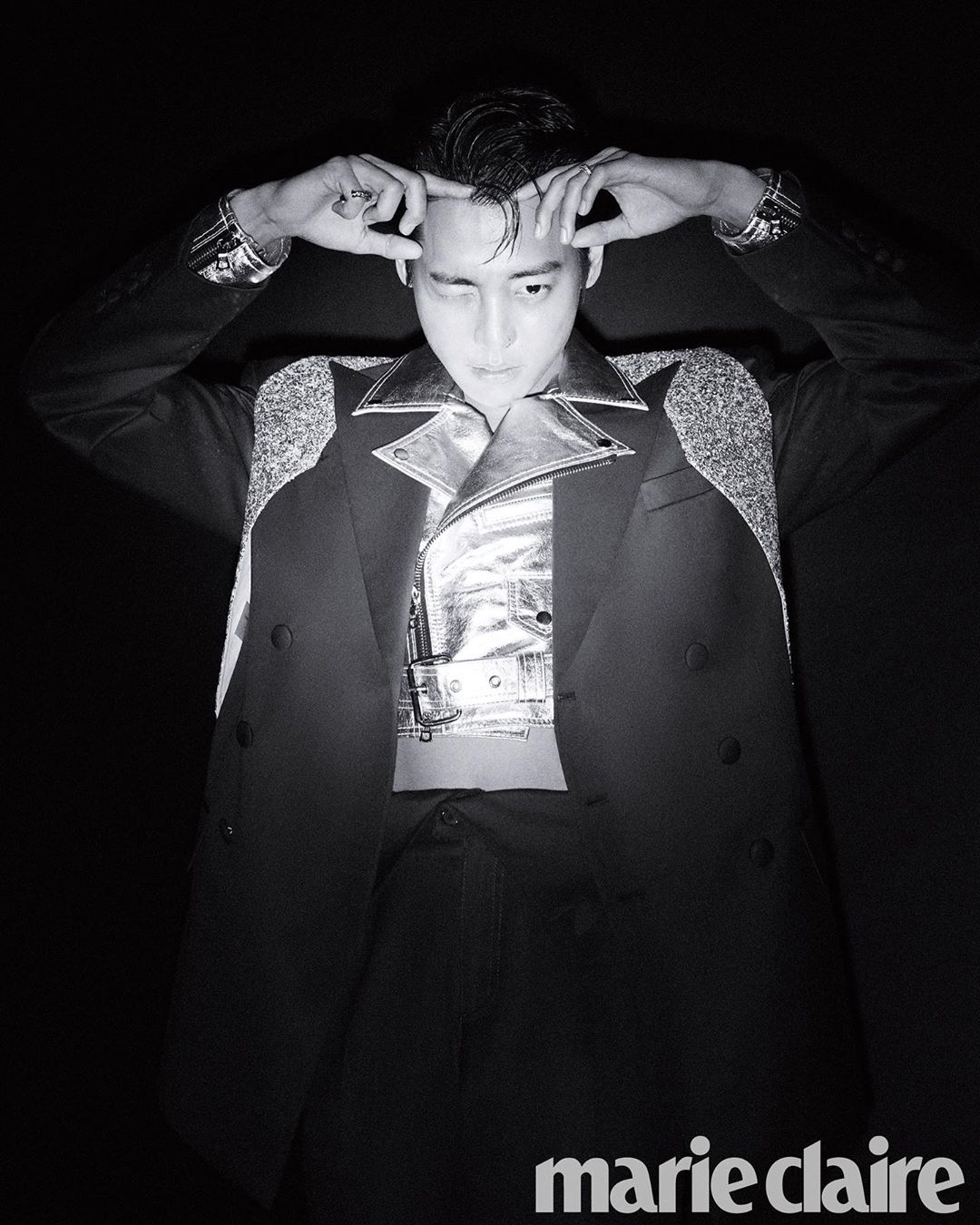 ONE also spoke about his work-life balance. “I don’t think I do anything but work on music,” revealed the rapper. “It’s not just recording, but everything such as listening to music, watching live clips of my favorite artists such as Oasis, talking and hanging out with musician friends are all a part of working on music and a natural part of my everyday life.”

He added, “I didn’t put a bed in the studio and I didn’t put any music equipment in my home. In order to not completely remove the line between work and life, I’m maintaining those kinds of boundaries.” 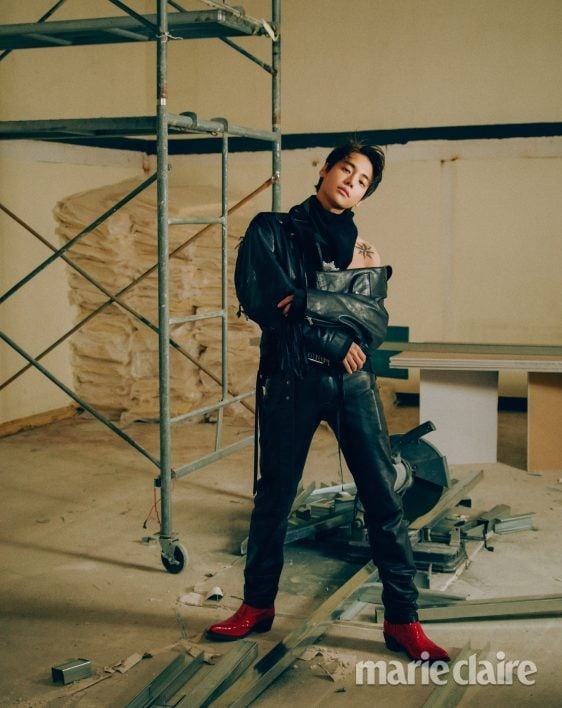 Describing his favorite part of his day, ONE said, “When I go home after making a good song. Since about a month ago, I stopped driving and began going between my studio and home by riding the bus. The bus passes by the neighborhood where I used to live as a kid and it feels really strange when I look at it while listening to my music.”

ONE was recently confirmed to appear on variety show “The Romance,” where he will come up with the synopsis and show the process of writing a script by transforming into a web drama writer. “I decided to appear on it because it sounded fun,” explained ONE. “I want to do many things outside of music, and I think I’ll continue to do things without big concerns if I’m interested in the various offers. Instead of setting a plan to strike a balance between each department, I plan to do things as they come.” 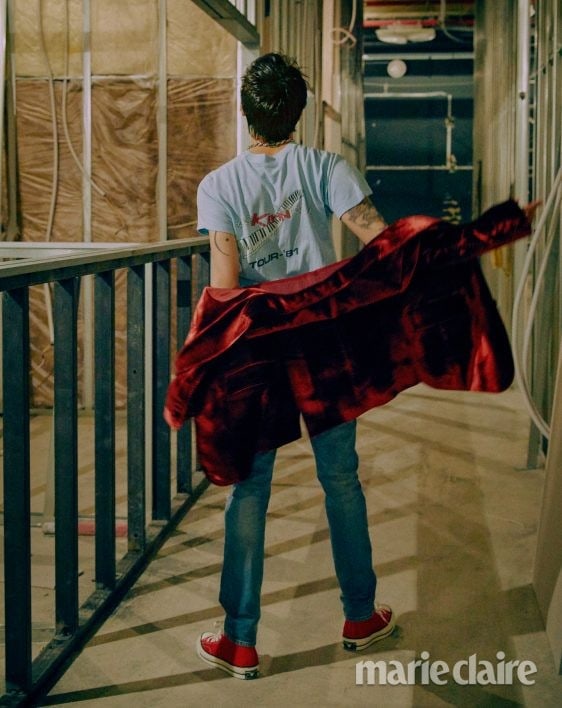 As for promoting as an actor, ONE stated, “I reconfirmed my ambitions for acting after watching ‘Maggie.’ I think I felt the strength given off by the actors in the film. After starring as a lead in ‘Goodbye Summer,’ which premiered in July, I’m actively searching to film more indie films. I want to portray roles that I can only play now such as a rebellious character living a poverty-stricken life or a rebellious youth.”

ONE also revealed plans for a possible international tour. “I plan to perform not only in Korea, but also overseas,” he said. “Seeing the music charts after releasing ‘PRVT 01,’ there were many people listening to my music in other countries besides Korea. So I became determined to perform overseas while looking at the audience’s faces. No matter what the venue size is, I want to let them hear my music live. I don’t have specific plans for my next album yet, but I’m going to reduce the time between album releases as much as possible.”

Concluding the interview with his goal for 2020, ONE stated, “I hope people will think ‘He’s living joyfully’ while seeing me. I want to have a healthy mind and promote while having fun. There are many things I want to do.” 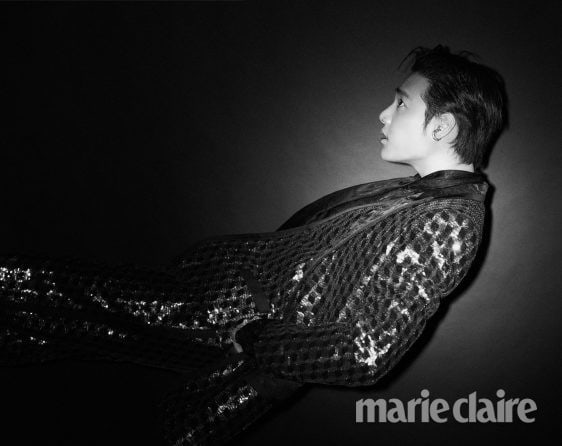 ONE’s pictorial and interview can be found in the January issue of Marie Claire.

Check out ONE in the film “Goodbye Summer” now!

ONE
Marie Claire
How does this article make you feel?