“Stove League” tells the story of Dreams, a baseball team who are so bad that not even their fans have tears left to shed for them. They undergo a change when an unconventional new manager comes to take over, and the drama is quickly rising in ratings with its energetic storyline. Namgoong Min plays the new manager Baek Seung Su, Park Eun Bin is Lee Se Young, the first woman to be a baseball team manager, and Jo Byeong Gyu plays Han Jae Hee, the youngest member of the management team.

New stills show the trio in an unexpected situation in the U.S. On their way to bring a new member into their team, their car breaks down and they find themselves out in the middle of nowhere. While Baek Seung Su remains calm with a blank expression, Lee Se Young continues to look at her watch nervously while Han Jae Hee is angrily stomping around. It remains to be seen whether they will be able to get to their destination in time to bring the new player in. 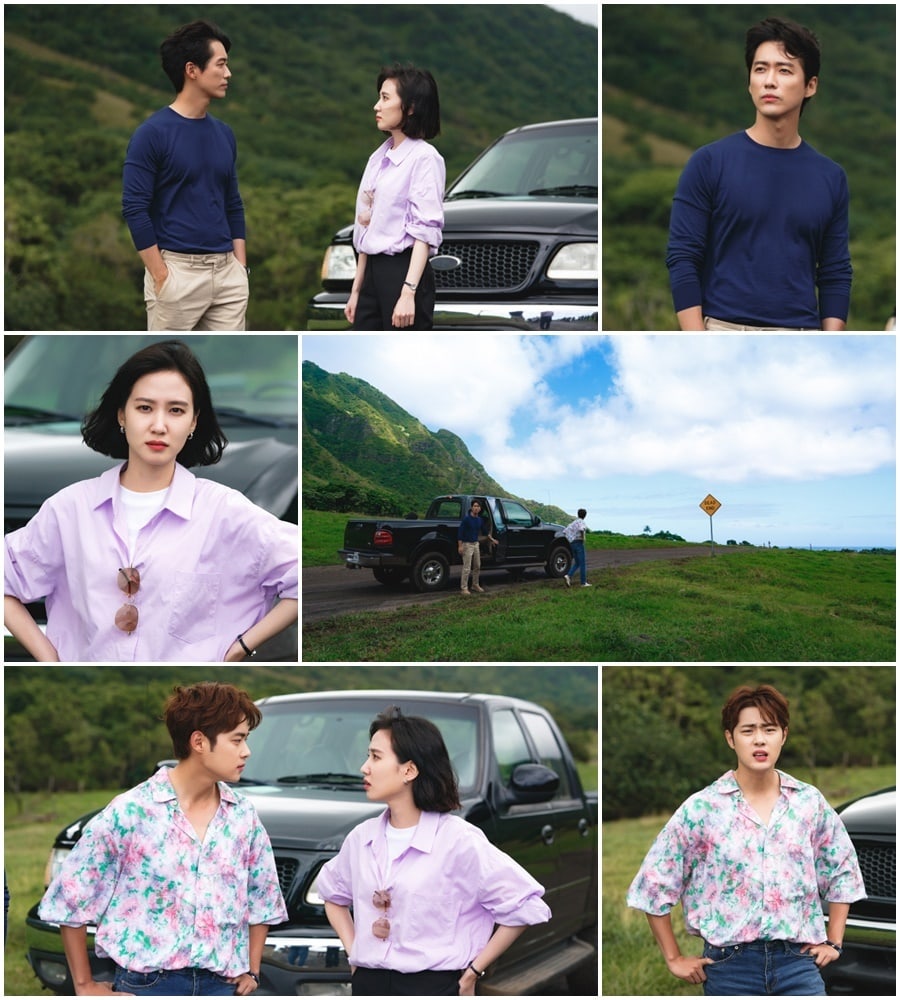 The production staff of “Stove League” stated, “Namgoong Min, Park Eun Bin, and Jo Byeong Gyu are actors with the inherent ability to bring out the perfect emotions for each scene. Please keep watching to see how they will make the most out of the worst situations.”