In a newly released preview for this week’s episode of the variety show, MC Boom brought up the fact that the two stars became close friends after meeting on “Amazing Saturday” last year. (Rosé appeared as a guest on the show alongside her bandmate Jisoo in August 2018.)

Dubbing Hyeri and Rosé “the first friendship officially created by ‘Amazing Saturday,'” Boom urged them, “Please tell us how and when you first became friends. How did you initially end up exchanging numbers?”

Rosé shared, “[Hyeri] asked me first, so I was really moved. I was nervous [around her] because she’s a senior artist and I was a fan of hers, so it was hard for me to talk to her first. But she was really cool and handed me her phone [so I could give her my number], which made my heart skip a beat.”

Boom went on to ask, “So you’ve contacted and met each other often since?” Rosé replied, “Yes, I was the one to ask her first to grab a meal.”

The BLACKPINK member continued, “We eventually started meeting up twice a week, and later on, if we didn’t get a chance to see each other, [Hyeri] would text me to say, ‘I miss you!’ And I’d say, ‘Unnie, we just saw each other last week!'”

Hyeri chimed in with a laugh, “And when we can’t meet up, we talk to each other by video call.” 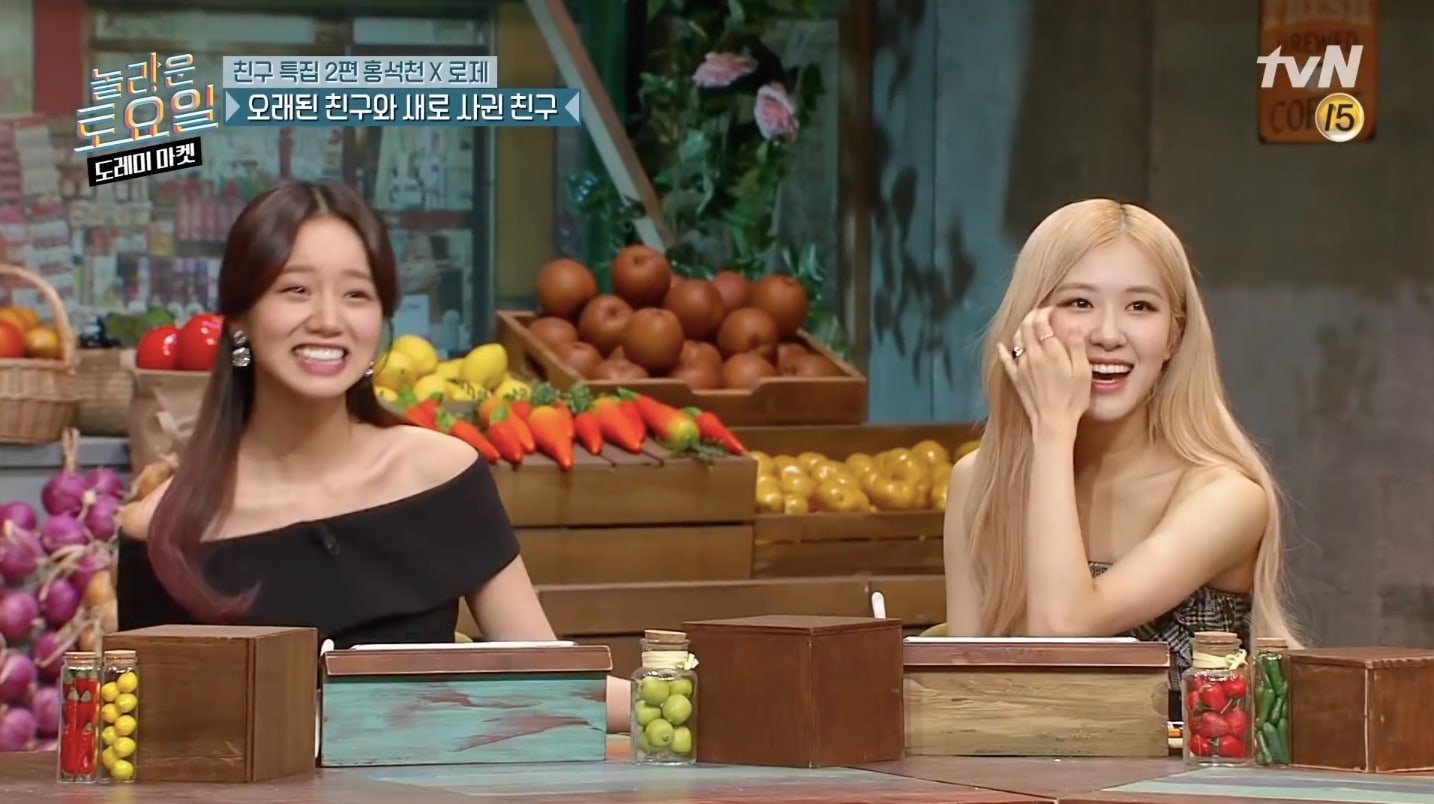 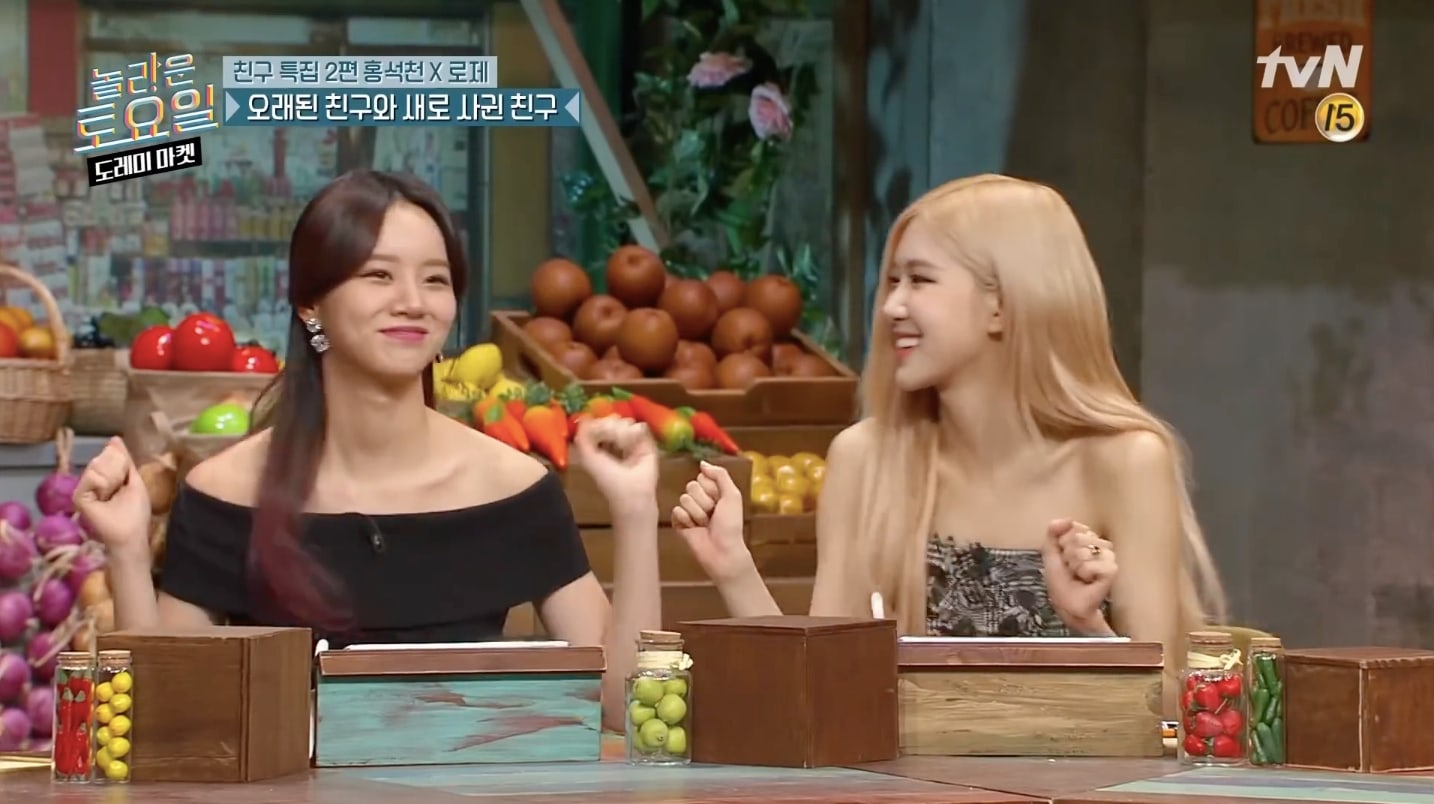 The other “Amazing Saturday” cast members remarked, “They’ve really become close,” and Boom commented, If you end up this close after meeting each other just once on a broadcast, that means the two of you really clicked.”

The upcoming episode of “Amazing Saturday” will air on December 28 at 7:40 p.m. KST. In the meantime, you can check out last week’s preview for the episode here!