Watch: Red Velvet, TWICE, NU’EST, SEVENTEEN, And More Send Messages To Their Past And Future Selves + Share Hopes For The New Year

During the 2019 KBS Song Festival, idols looked back at the past year and the year ahead as they recorded touching video messages to their 2019 and 2020 selves.

KBS’s year-end music show, which aired on December 27, shared a pre-recorded clip of members from various boy groups and girl groups sending thoughtful messages to their past and future selves. 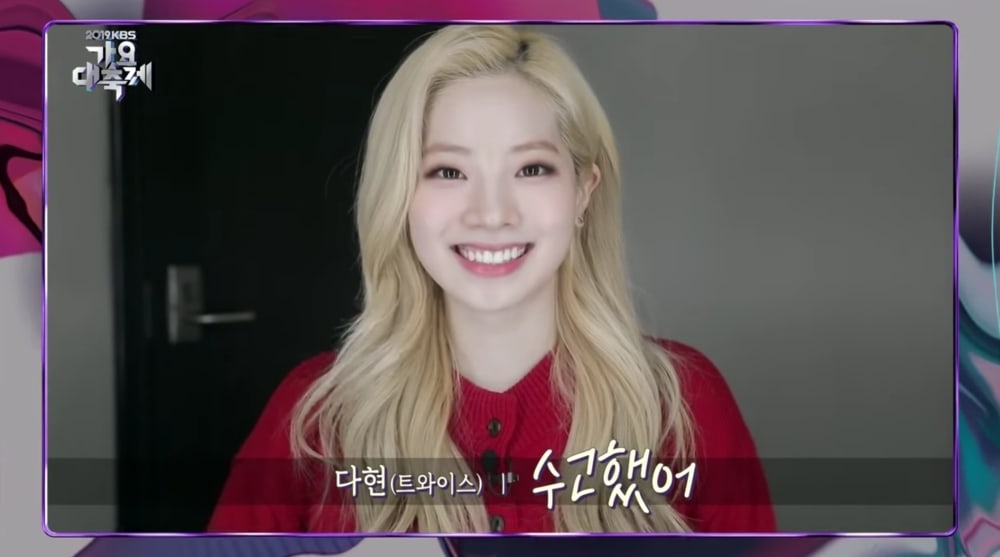 “Hello,” said TWICE’s Sana with a shy smile. “I was able to share things that were difficult with others because I wasn’t alone.” 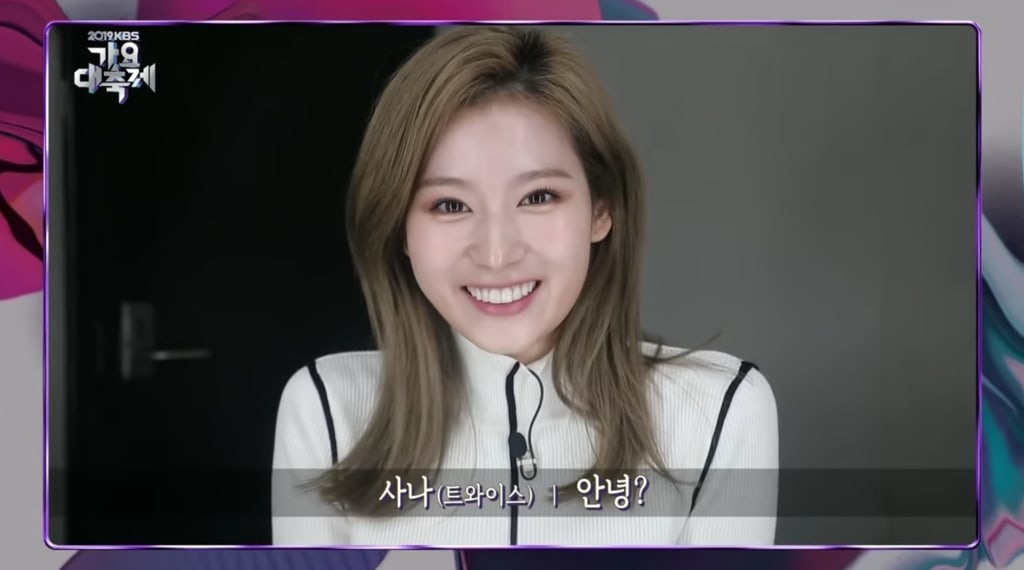 Oh My Girl’s Seunghee burst into laughter after saying, “Seunghee, you worked hard dieting all year long.” She concluded her message by asking the viewers, “Just like now, please continue to stay with me in 2020.” 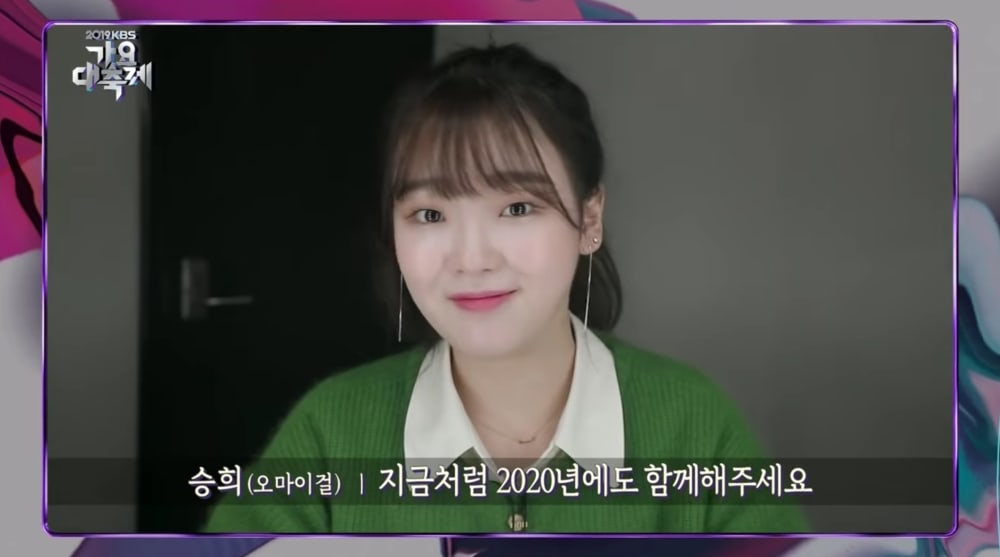 TWICE’s Jeongyeon said, “I think my face worked really hard [this year]. [In 2020,] I hope that you’ll eat everything you want to eat and be happy.” 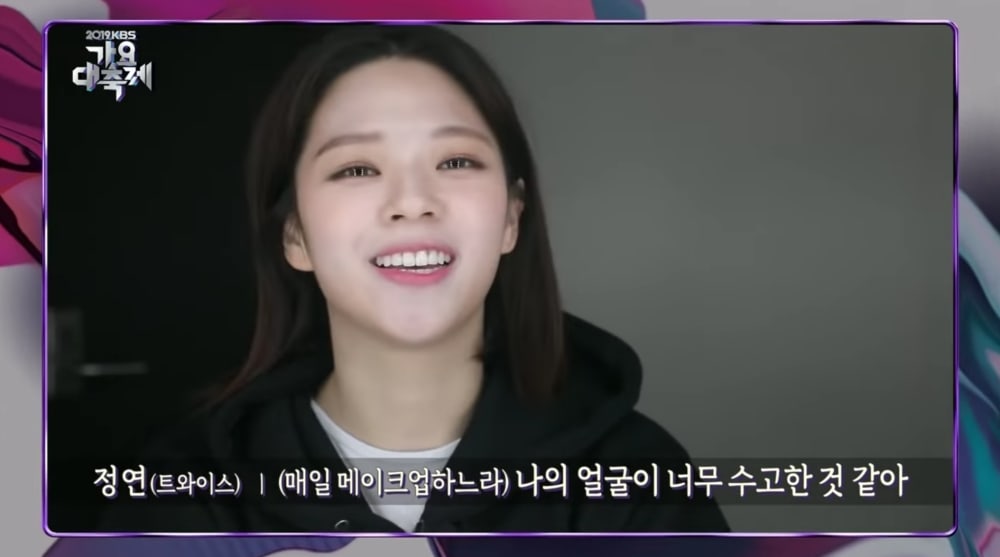 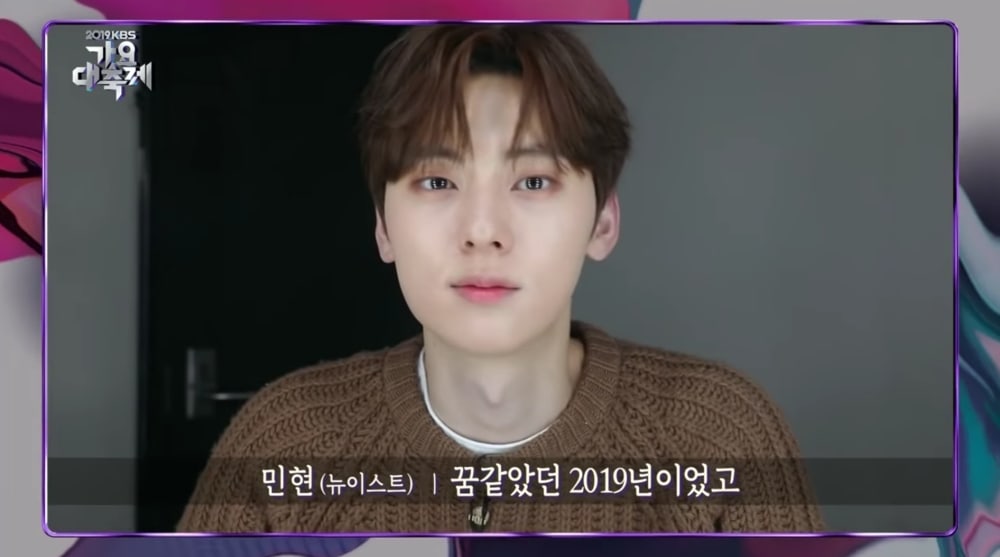 Oh My Girl’s YooA commented, “This year was a year that gave me a sense of achievement as much as it did pain. I thought that I didn’t have anyone, but it turned out that there were always people around me cheering for me.” 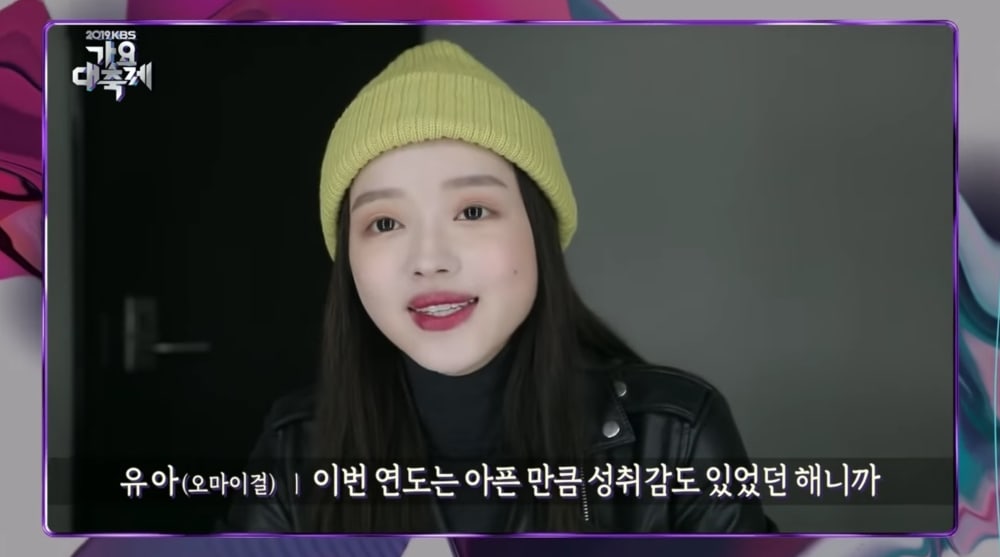 Oh My Girl’s Arin told herself, “It was a year during which you made many new attempts to do things on your own. I can’t believe that I’m already 22 years old!” 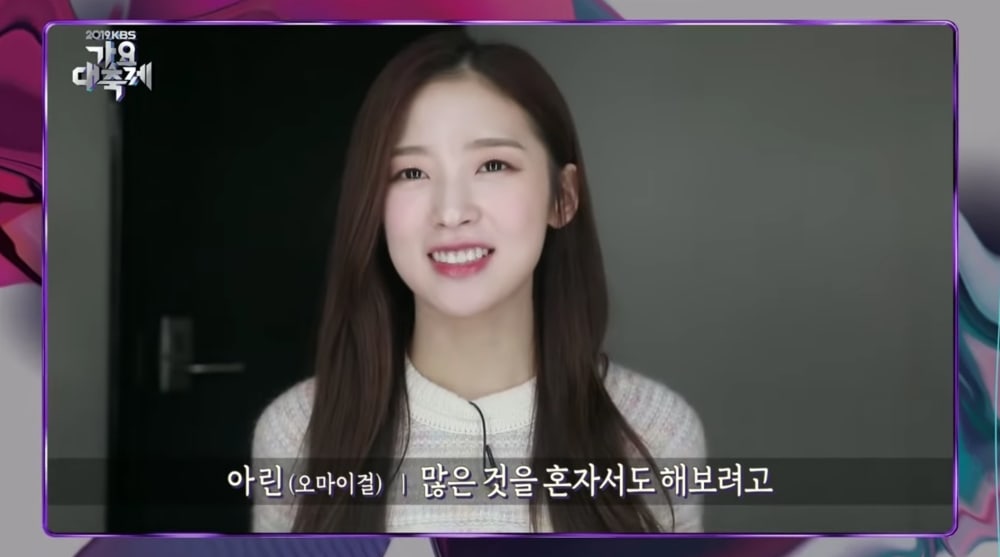 NU’EST’s Baekho stated, “It was a year in which I was able to start dreaming about my next dream again.” 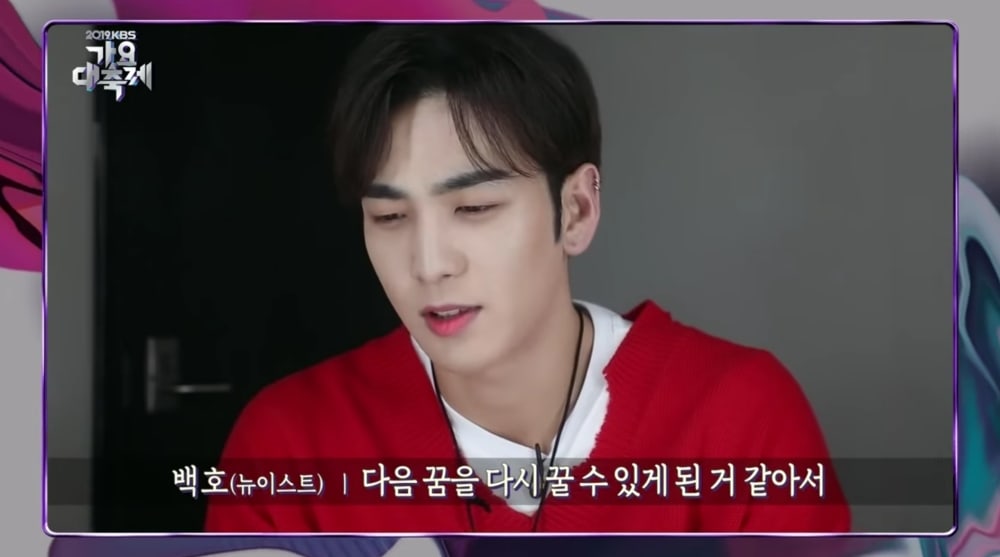 “It was a year during which I realized that there were so many precious people [around me],” remarked Oh My Girl’s Hyojung. “[In 2020,] I want to feel happy while pondering how to put on this performance and that performance.” 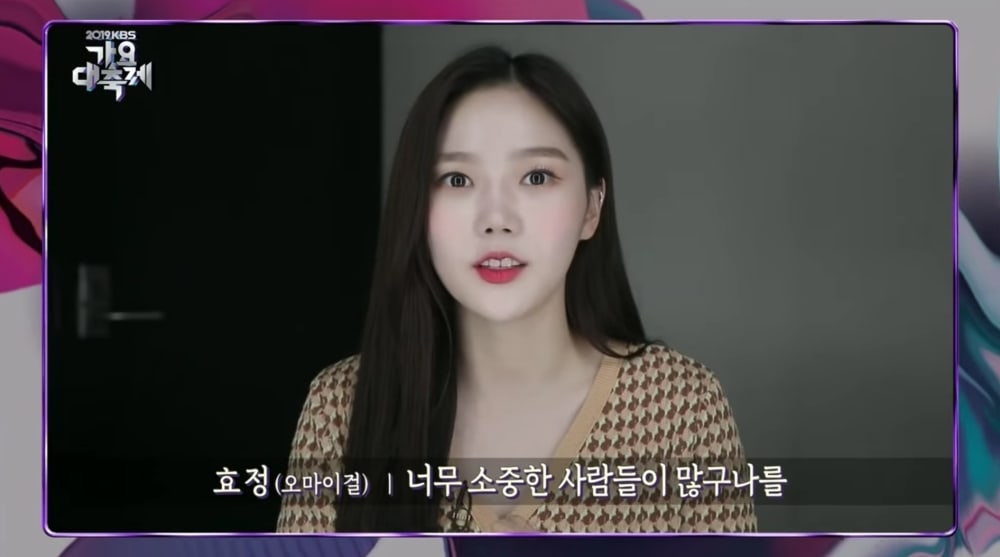 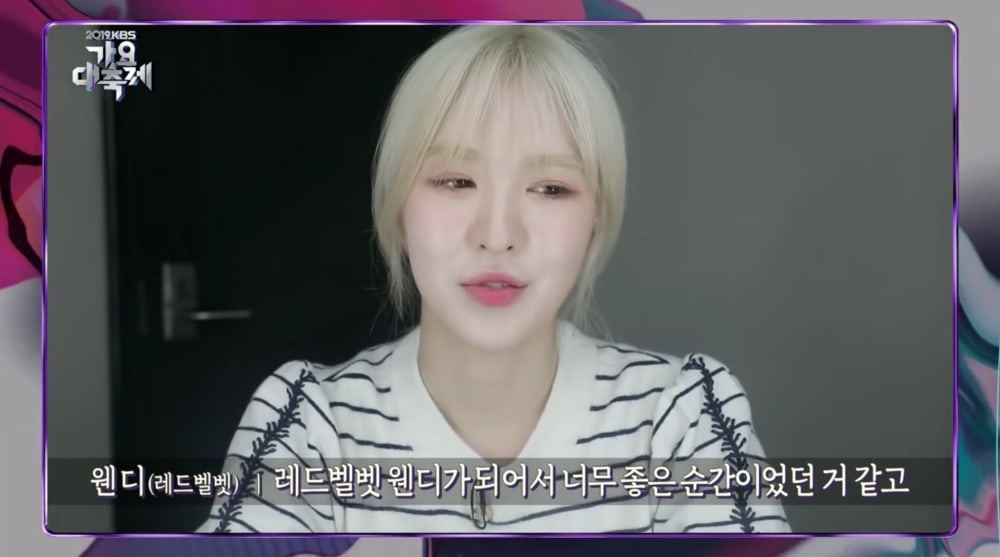 Red Velvet’s Yeri told her future self, “I hope you’ll do things you enjoy doing and be happy.” 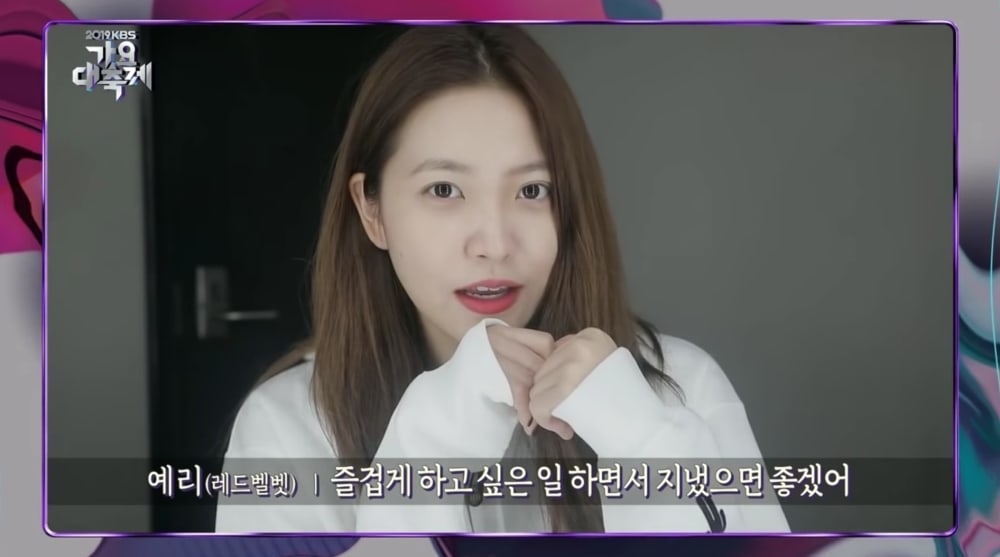 Red Velvet’s Seulgi gave herself a tight hug, saying, “I feel so proud because this year went by safely.” 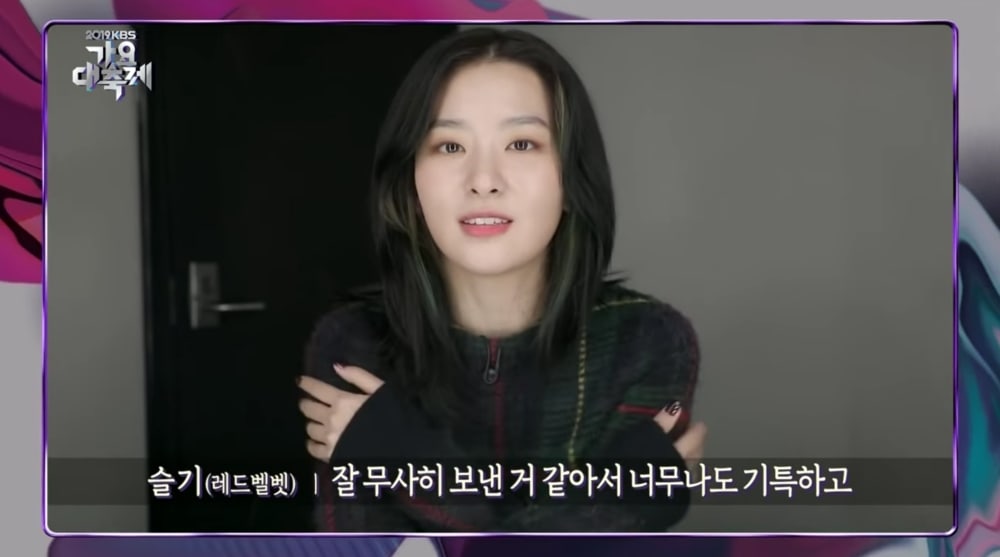 “I’ve never said things like this to myself before,” said NU’EST’s Ren. He was then joined by fellow NU’EST member Baekho, who suggested they go home, and Ren asked him to sit down so they could chat together.

Baekho said, “Let’s be a big success in 2020,” and Ren replied as if looking into the future, “We’re already super happy. We’re a huge success. We’re [going to be] happy, cheerful, and joyful.” Sending a message to himself, he added, “I hope that you’ll become a Minki [Ren’s given name] who always improves and consistently works hard.” 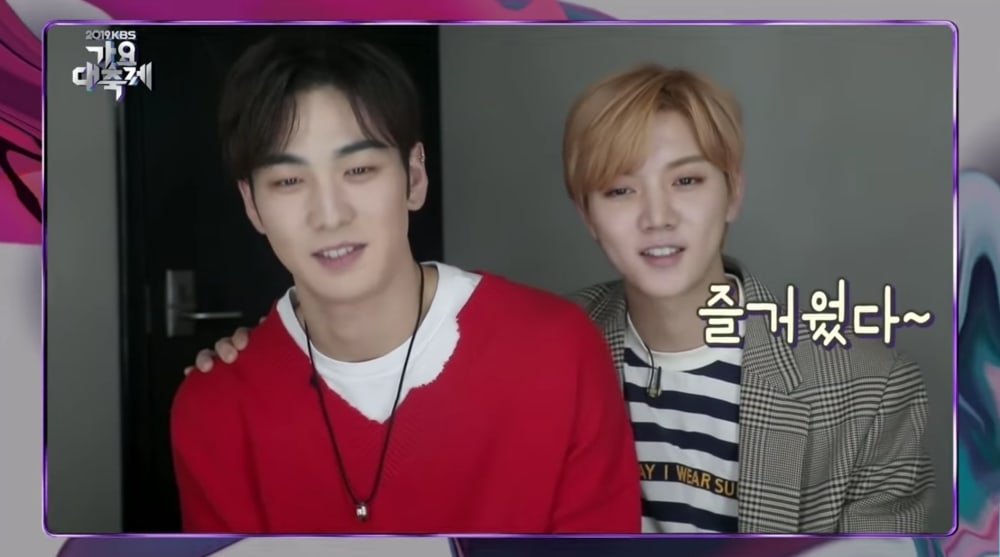 SEVENTEEN’s Seungkwan said, “I hope that I can become a singer that makes my fans even prouder in 2020.” 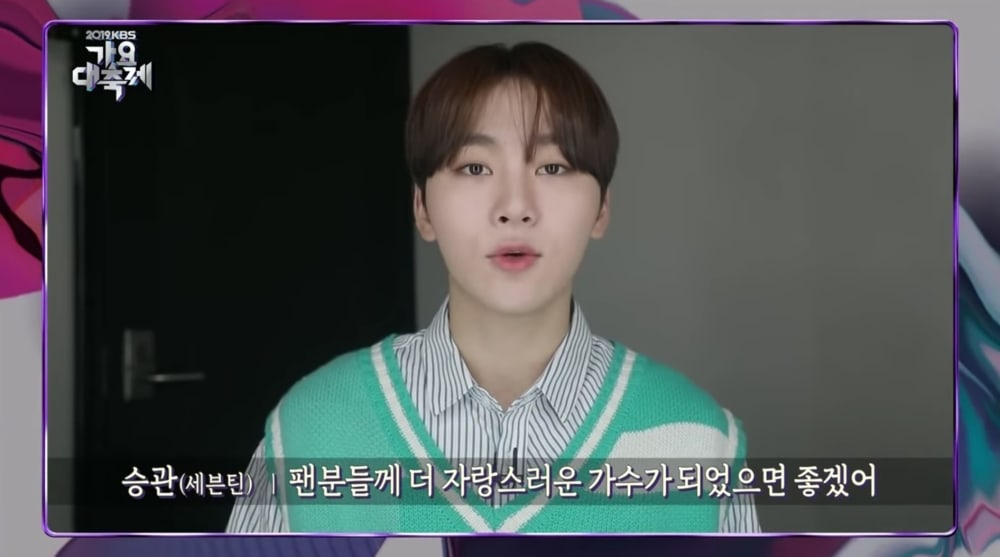 Sharing hopes for the group’s promotions in 2020, SEVENTEEN’s Dokyeom added, “I hope that it’ll be a year that all 13 members can spend together.” 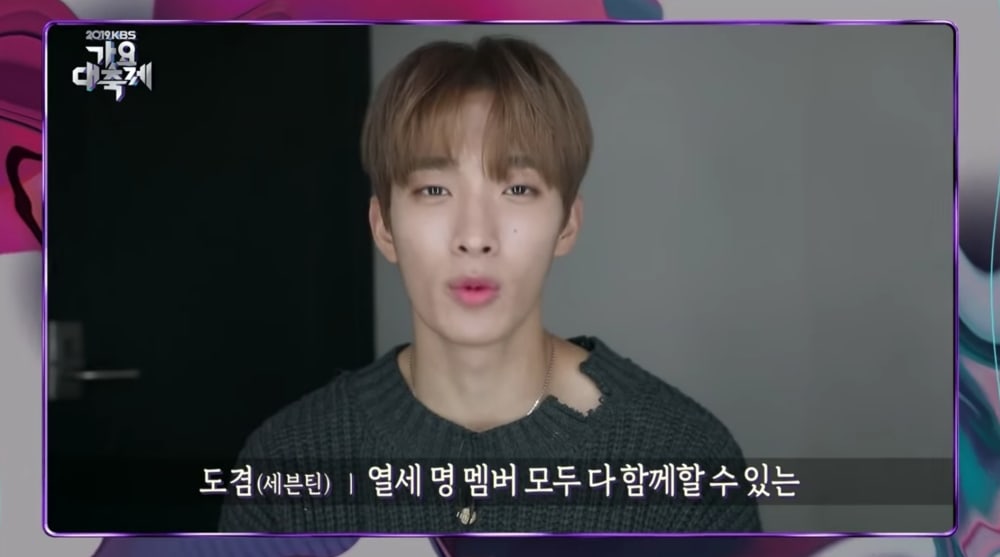 Oh My Girl’s Jiho concluded, “I hope it’ll be a year that leaves you with a lot of things.” 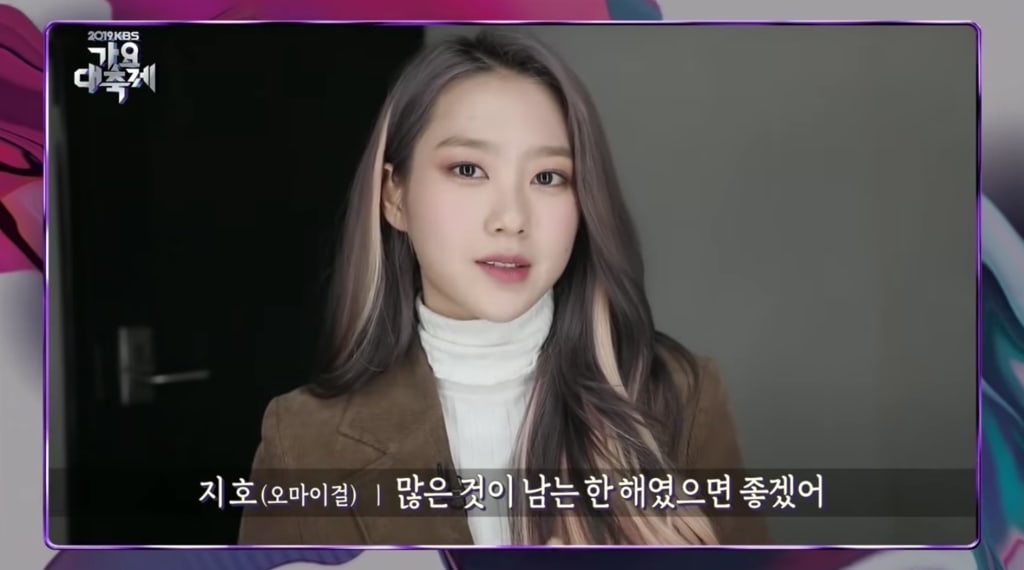