It isn’t easy being Kang Tae Woo, at least according to the actor who plays him in KBS’s “Woman of 9.9 Billion,” Kim Kang Woo.

Kim Kang Woo does an excellent job of ramping up the tension and bringing the action to the next level while playing the role of Kang Tae Woo, a man looking for answers after the death of his younger brother. He said, “When I saw that the character was an ex-detective in the synopsis, I worried that there wouldn’t be a lot of action. However, there’s action in almost every episode. I lost a lot of weight while filming those action scenes.”

In a behind-the-scenes video released on December 27, Kim Kang Woo mentioned some of the things that he focused on while filming. “I wanted to portray the action scenes as more of a struggle for survival than just fighting for the sake of fighting. From the basics such as hand-to-hand combat to a rollover collision, it really wasn’t easy filming such large-scale action scenes.”

He also confessed he had his own concerns about his character, as well. “Kang Tae Woo is a character who also has a humorous side to him, and that had to be portrayed in the action as well. I had a lot of worries about that during filming.”

New stills from “Woman of 9.9 Billion” show that Kim Kang Woo needn’t have worried. His hope of portraying a fight for survival come across quite well, from him being tied up and beaten to a cross, to him seemingly confronting his captors. 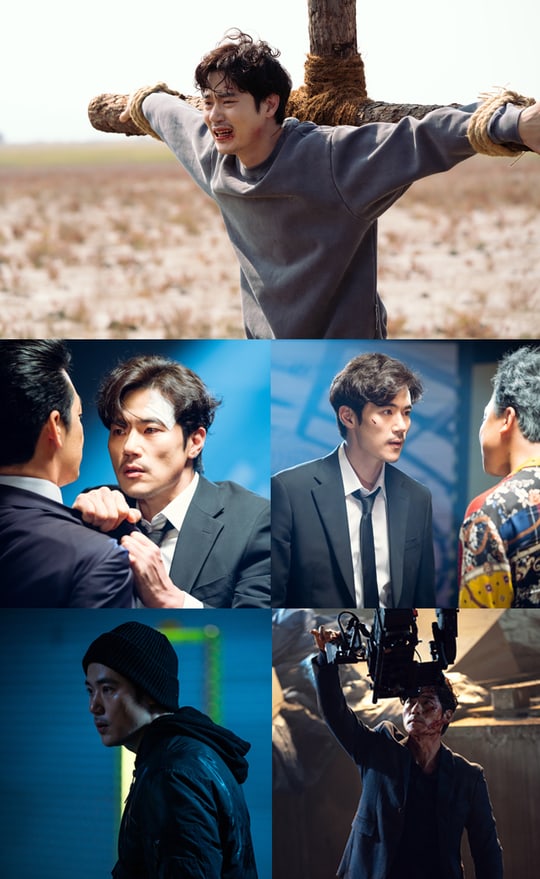 “Woman of 9.9 Billion” airs on Wednesday and Thursday nights at 10 p.m. KST. Are you curious to see what landed Kang Tae Woo in such hot water? Check out the series on Viki by clicking the link below!

Kim Kang Woo
Woman of 9.9 Billion
How does this article make you feel?