AOA members Seolhyun and Jimin spoke about their personalities and making friends on “The Manager.”

On the December 28 episode of the MBC variety show, the idols joined the MCs in the studio as special guests.

At one point during the episode, they shared, “Even though we’re in our eighth year since our debut, we don’t have many celebrity friends.”

Seolhyun explained, “We’re really shy, so even though we have a lot of fun together with our [AOA] members, we become really quiet when someone else enters the dressing room. We’re the type that gets timid when we go outside.” 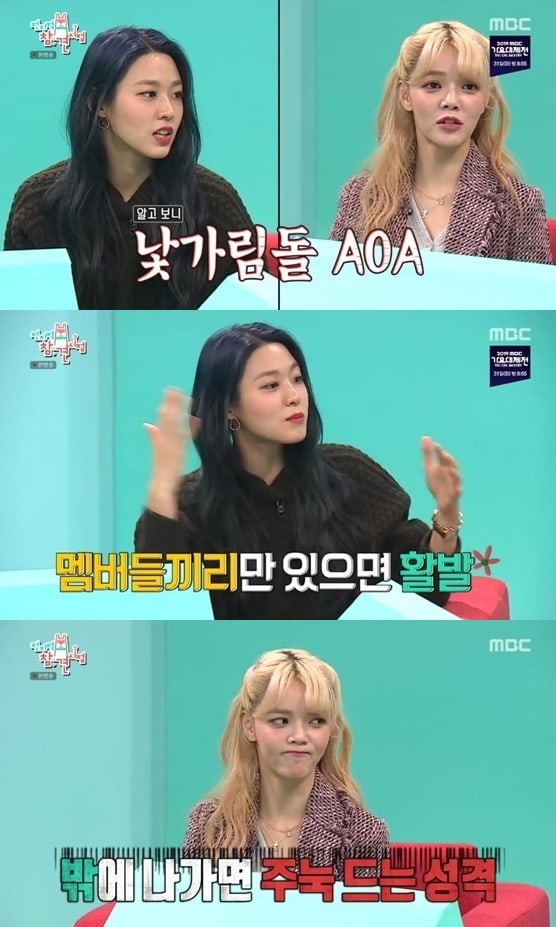 Jimin also revealed that she once felt jealous watching Chanmi get close with another celebrity on “Queendom.”

She said, “A couple of months ago, we appeared on a competition show where we performed in unit groups. The leader [of Chanmi’s unit] at the time was MAMAMOO’s Moonbyul.” The AOA leader went on to recall, “Chanmi referred to her as ‘our Moon leader unnie.'”

Watch Seolhyun and Jimin on last week’s episode of “The Manager” now!

AOA
Seolhyun
Shin Jimin
The Manager
How does this article make you feel?