“Dr. Romantic 2” unveiled a new poster ahead of its premiere!

The second installment of the 2016 series will tell the story of a “real doctor” working in the small, humble Dol Dam Hospital and the people who meet genius doctor Kim Sa Bu (Han Suk Kyu). Lee Sung Kyung plays Cha Eun Jae, the second year resident cardiosurgeon, Ahn Hyo Seop takes the role of Seo Woo Jae, her rival and a genius surgeon, and So Ju Yeon will be Yoon Ah Reum, an energizer who makes the staff of Dol Dam Hospital laugh with her bright personality.

In the poster, the three new characters are giving off “youthful energy” against the backdrop of the hospital and fall-like scenery. The phrase above them reads, “Their romantic season begins.” Cha Eun Jae takes a light step with a refreshing smile, while Seo Woo Jae is smiling softly. Yoon Ah Reum is also wearing a bright smile on her face with her hands in her pockets. 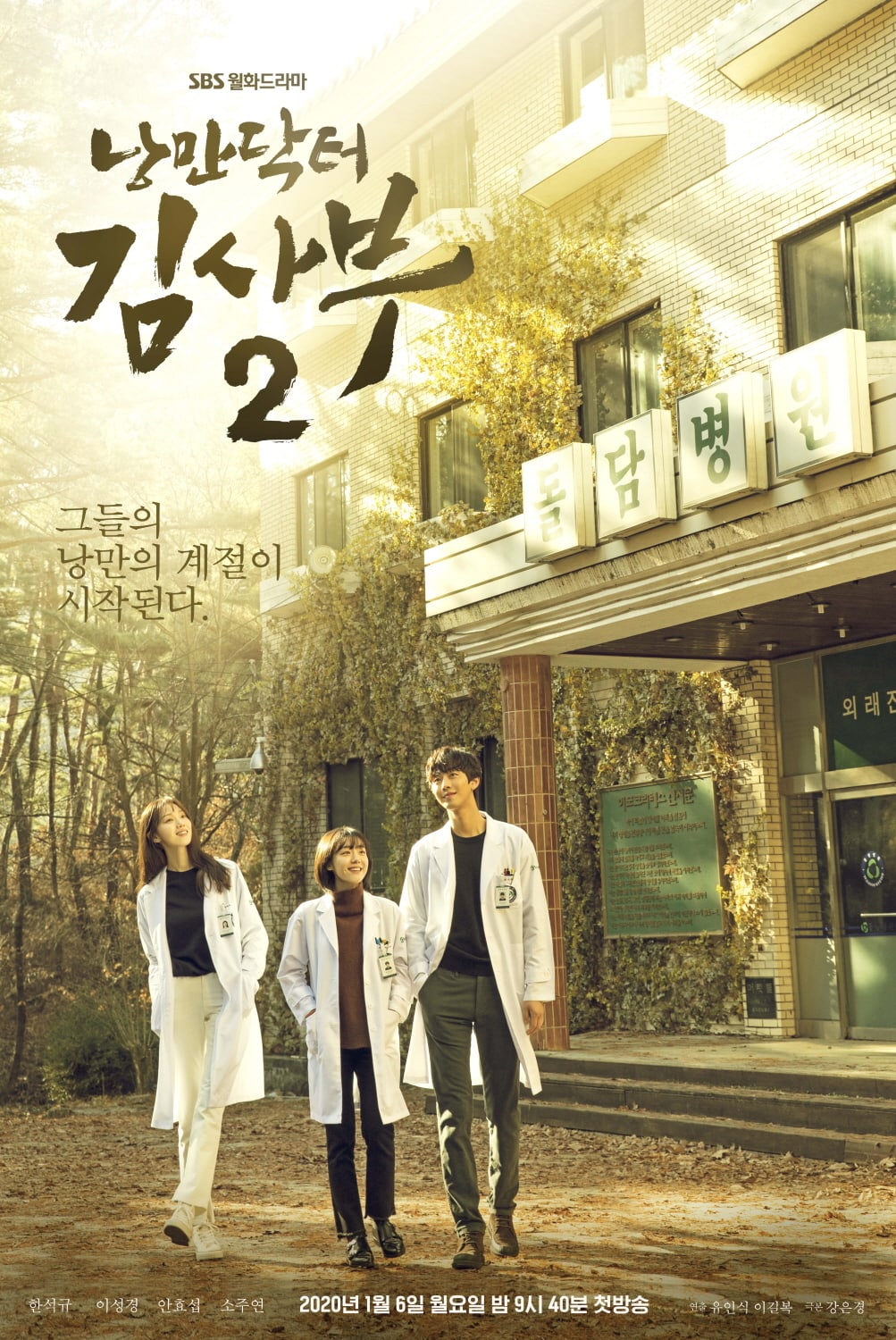 The producing company Samhwa Networks commented, “Lee Sung Kyung, Ahn Hyo Seop, and So Ju Yeon will grow step by step as doctors when they meet their teacher Han Suk Kyu who plays Kim Sa Bu. Please watch these three overcome their pain and take on sincere challenges as they become genuine doctors and humans.”

In the meantime, start watching the first season of “Dr. Romantic” below: