ONEUS’s official colors have been announced!

A total of three color schemes were revealed. Representing ONEUS, Earth consists of Pantone 7691 C, Pantone 7724 C, and Pantone P 1-1 C. Moon represents their fans TO MOON and is the color Pantone P 10-1 C. The third and last color is called White Glittering Space, and it represents the space in which ONEUS and TO MOON exist together. 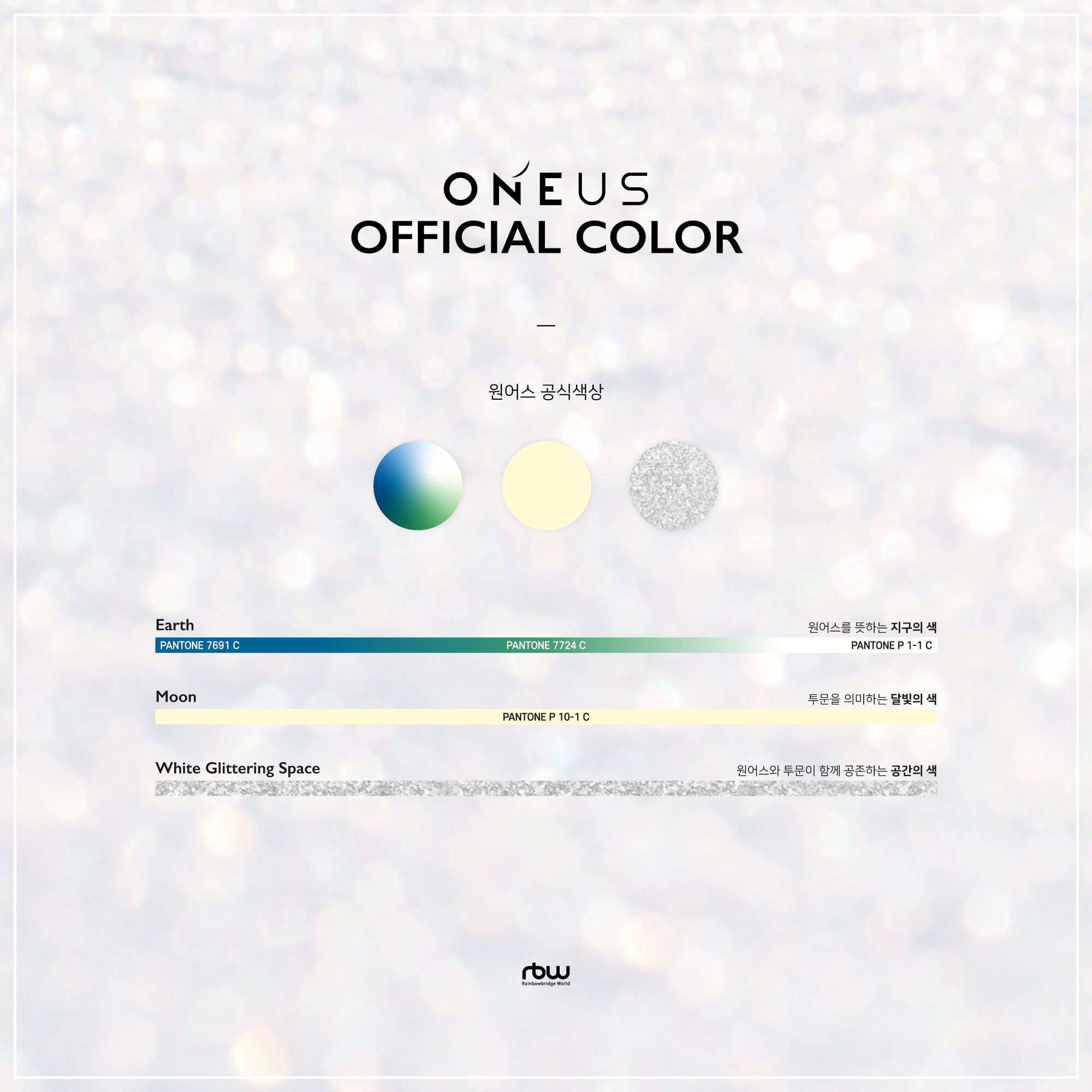 ONEUS debuted in January and announced their official fan club name in March.

What are your thoughts on the colors?