On the December 29 episode of SBS’s “Running Man,” the cast and guests dressed up as iconic characters from different Korean films for a special Cannes Film Festival-themed episode.

Before the mission officially began, the “Running Man” cast members brought up Jun So Min’s Instagram post in which she shared a picture of a green onion shaped like a heart. 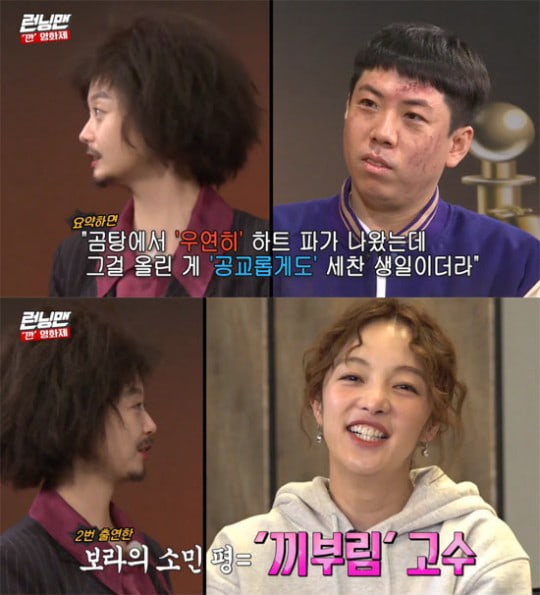 The cast later discovered that Kim Jong Kook had commented on Jun So Min’s heart post by writing, “Se Chan’s birthday surprise…” Yoo Jae Suk responded, “[Kim Jong Kook] is funnier to me. Why are you always commenting on So Min’s posts?” Yang Se Chan added, “As if you’re jealous!”

Yoo Jae Suk surprised everyone on set when he declared, “You know what’s scary? While we’re moving forward with the Jun So Min-Yang Se Chan love line, suddenly, there might be a marriage announcement: Kim Jong Kook and Jun So Min!”

After the members burst into laughter at his unexpected comment, Yoo Jae Suk continued to joke, “If that really happens, I won’t be able to do ‘Running Man’ for a while.” Ji Suk Jin chimed in, “Me too. That type of betrayal…” 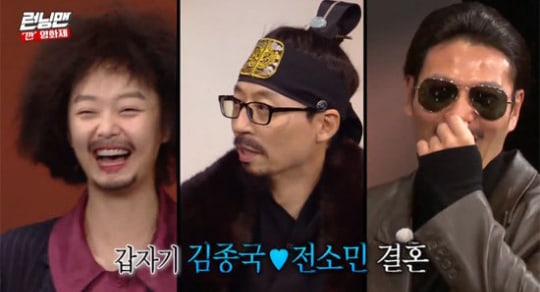