Younha has shared a highlight medley for her new mini album!

Younha will be releasing a new song featuring BTS’s RM!

According to the track list, RM also contributed lyrics for the song alongside Younha and Eden. 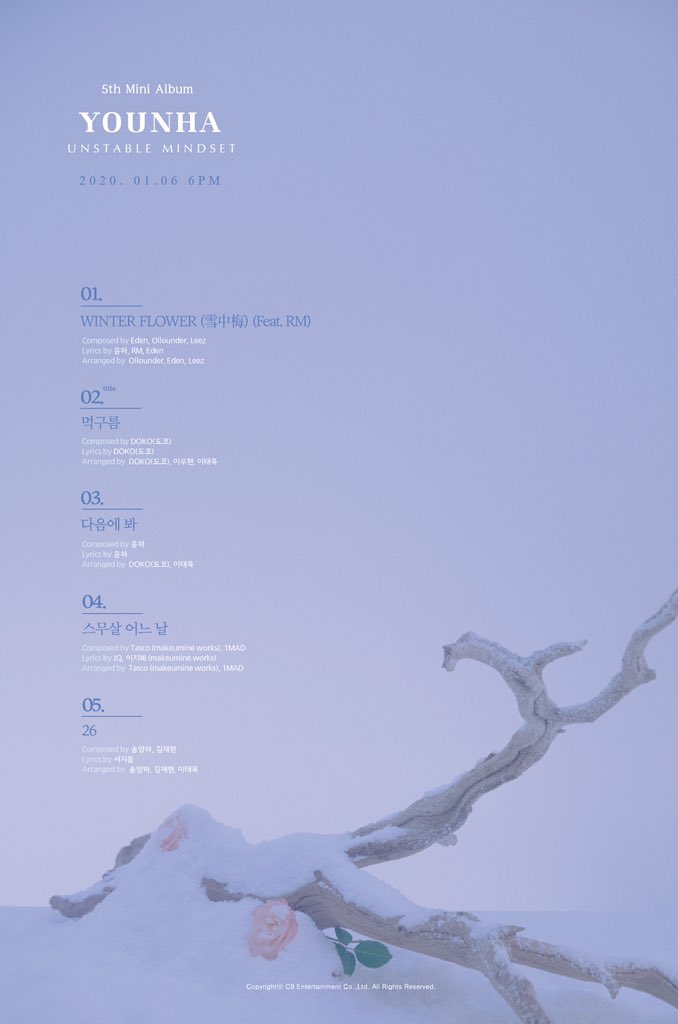 RM has often named Younha as an artist with whom he hoped to collaborate, and he has also been consistently vocal about his love of her music, frequently recommending her songs to his fans. Earlier this year, RM shared his enthusiasm about her most recent release—the mini album “Stable Mindset,” which dropped in July—on BTS’s official Twitter account, writing, “Younha’s album is out. All of the songs are really great. I’m being sincere.”

Are you excited for Younha and RM’s collaboration? Share your thoughts below!

BTS
Younha
RM
How does this article make you feel?