“Friends’ Song,” a new music reunion show hosted by Lee Soo Geun, Yoo Se Yoon, Kim Shin Young, and Apink’s Jung Eun Ji, will feature friends sharing stories from the past and performing songs from their favorite times together. New singers will be discovered through performances by different groups of best friends, who will show off their charms and skills through songs ranging from classic hits to today’s trends.

Baby V.O.X members Shim Eun Jin, Kan Mi Yeon, and Lee Hee Jin will be appearing as the show’s very first guests, and “Friends’ Song” has shared a sneak peek of their upcoming episode through newly released stills. The photos show the three singers standing on stage with big smiles as they receive a warm welcome from the audience.

The three Baby V.O.X members, who will be serving as panelists and watching the contestants’ performances, remarked, “It’s our first time seeing such passionate, sincere performances.”

The producers of the show remarked, “The Baby V.O.X members, who have released many hit songs, breathed life and energy into the first filming of ‘Friends’ Song.’ They inspired the contestants to perform even more passionately. You’ll be surprised when you see how they mesmerized the audience with their performances.”

They added, “The staff and cast [of ‘Friends’ Song’] are all trying their best to show you the best possible music and performances. Please look forward to the show.” 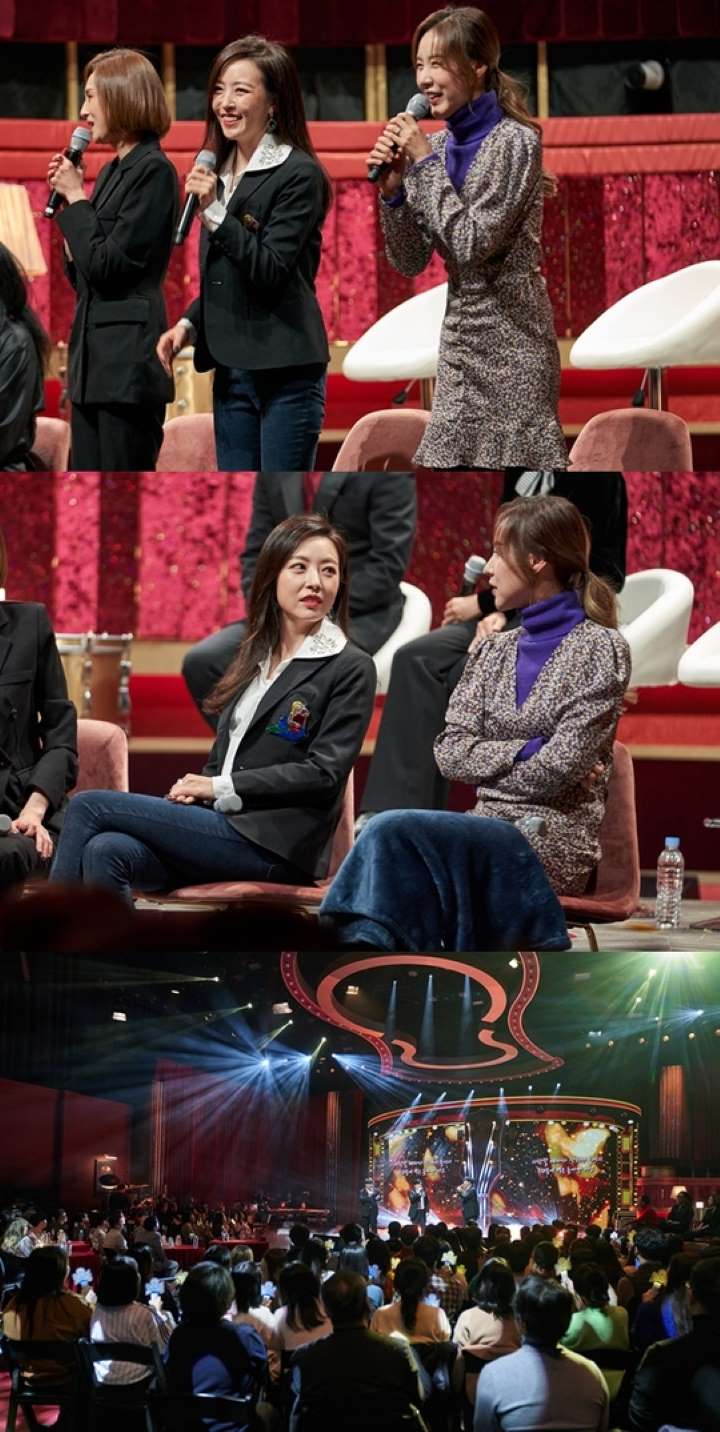