Watch: Super Junior’s Heechul Has A Hilariously Relatable Experience At The Orthodontist

Super Junior’s Kim Heechul got roasted at the orthodontist’s office on the latest episode of “My Ugly Duckling”!

On the December 29 broadcast of the SBS variety show, Heechul went to the orthodontist to get braces, and he was understandably terrified throughout the entire ordeal.

As soon as the assistant got things started by putting a suction device in his mouth to remove his saliva, Heechul began making unintelligible noises of fear. Despite the assistant’s and orthodontist’s reassurances that “There’s nothing painful in here” and “It’s just to remove your saliva,” Heechul couldn’t help scrunching up his eyes and wiggling his toes in terror.

The orthodontist attempted to placate the Super Junior member by speaking to him in a soothing tone and telling him gently, “It’s okay, it’s okay. We’re just applying something to your teeth. You can’t get saliva on it, so you can’t push your tongue forward.”

However, even his comforting tone of voice did nothing to assuage Heechul’s fears, and the orthodontist finally joked, “I feel like I’m putting braces on an elementary school student. Please stay still.”

Back in the studio, the panel of celebrity moms watching the footage of Heechul at the orthodontist laughed, “He’s sure making a fuss.” 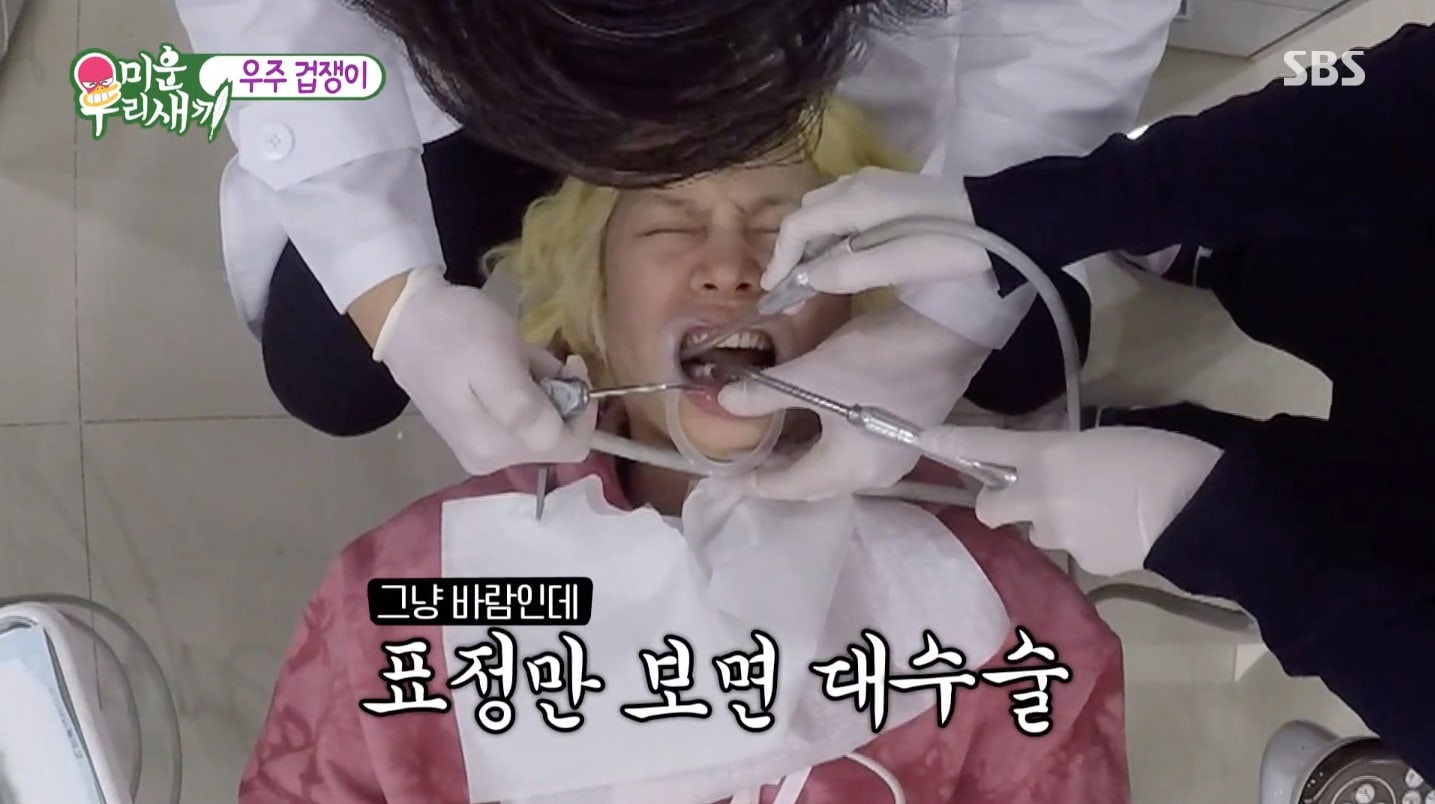 Later, after much pained wailing, Heechul was distracted by the entrance of a new dentist who had come to watch—despite his suffering, he immediately recognized the dentist as Lee Joo Young, a former pro gamer. After happily exchanging greetings with him, Heechul’s mood appeared to improve considerably, and he commented, “Wow, there’s a pro gamer here! So this is where he was. I was really into gaming back when I was in high school.”

Watching her son chatter away, Heechul’s mom burst out laughing as she remarked, “Oh, that chatterbox.” Park Soo Hong‘s mom agreed with a laugh, “He should stay still!”

Check out the clip of Heechul’s nerve-racking visit to the orthodontist below!

You can also watch the full episode of “My Ugly Duckling” here:

Super Junior
Kim Heechul
My Little Old Boy
How does this article make you feel?