MAMAMOO has taken home another win for “HIP”!

SBS did not air “Inkigayo” on December 29 and instead aired a rerun of the 2019 SBS Entertainment Awards.

The winner for the week (calculated using data from December 16 to 23) was announced via the program’s official website on December 30. 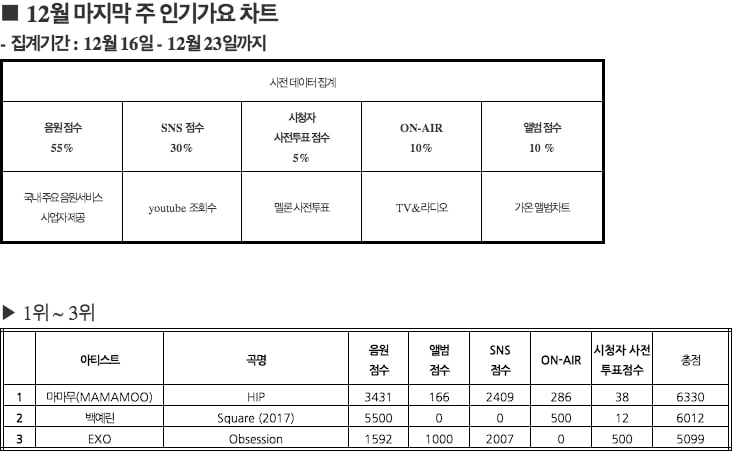 MAMAMOO
Inkigayo
How does this article make you feel?